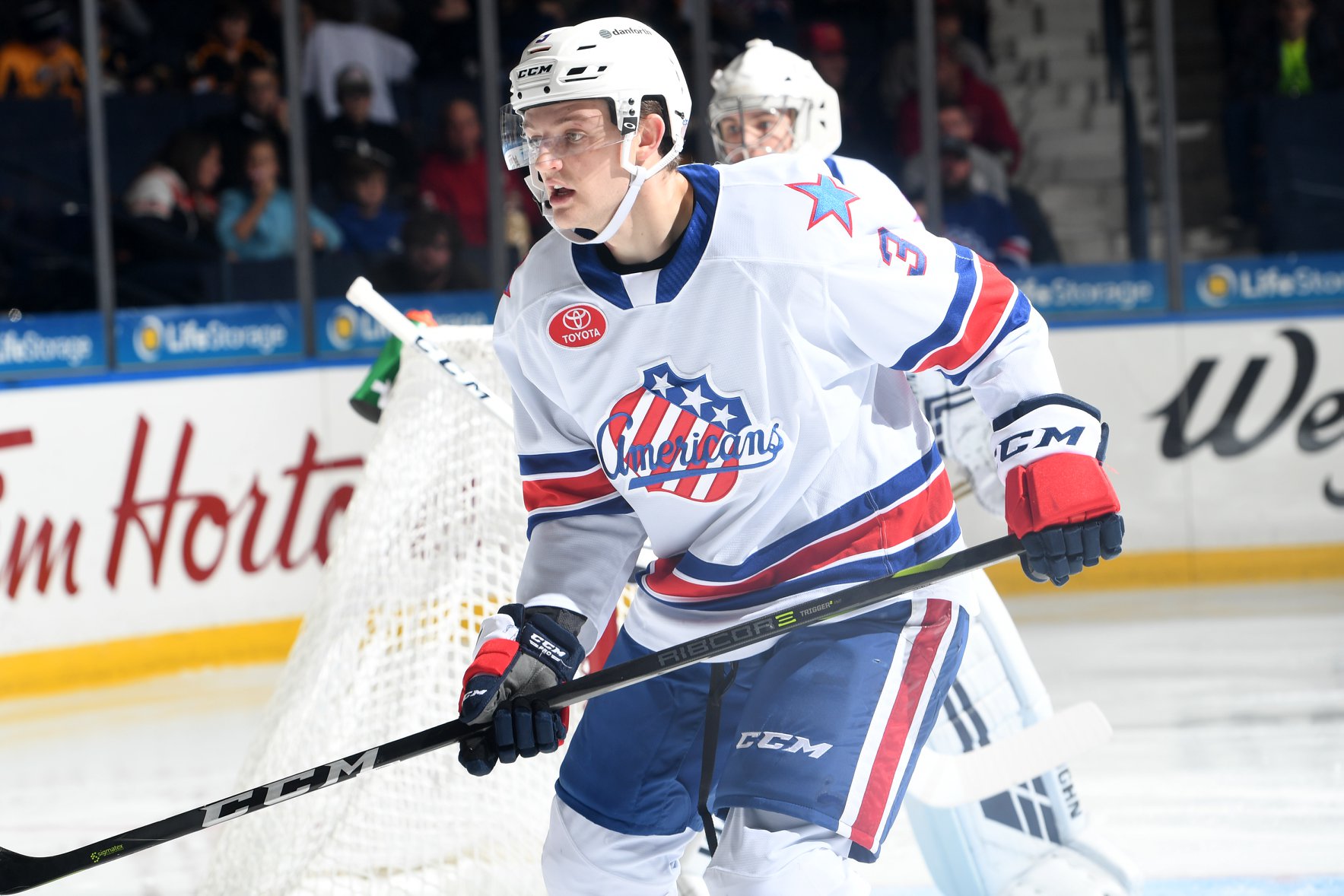 The Buffalo Sabres trimmed their training camp roster by one on Sunday morning when they assigned defenseman Will Borgen to Rochester.

Last season with the Amerks he recorded 17 points (3G+14A) in 71 games while establishing himself as a shut down defenseman in his own end. He was called up to Buffalo towards the end of the season and played in four NHL games. Borgen played in two preseason games with the Sabres this year and registered one shot, three hits, and five blocked shots.

There are currently seven defensemen in Rochester as the last week of practice starts before the regular season begins on Monday.

The Sabres will still need to make at least two additional moves by the 5pm deadline on October 1 to trim the NHL roster down to 23 players.