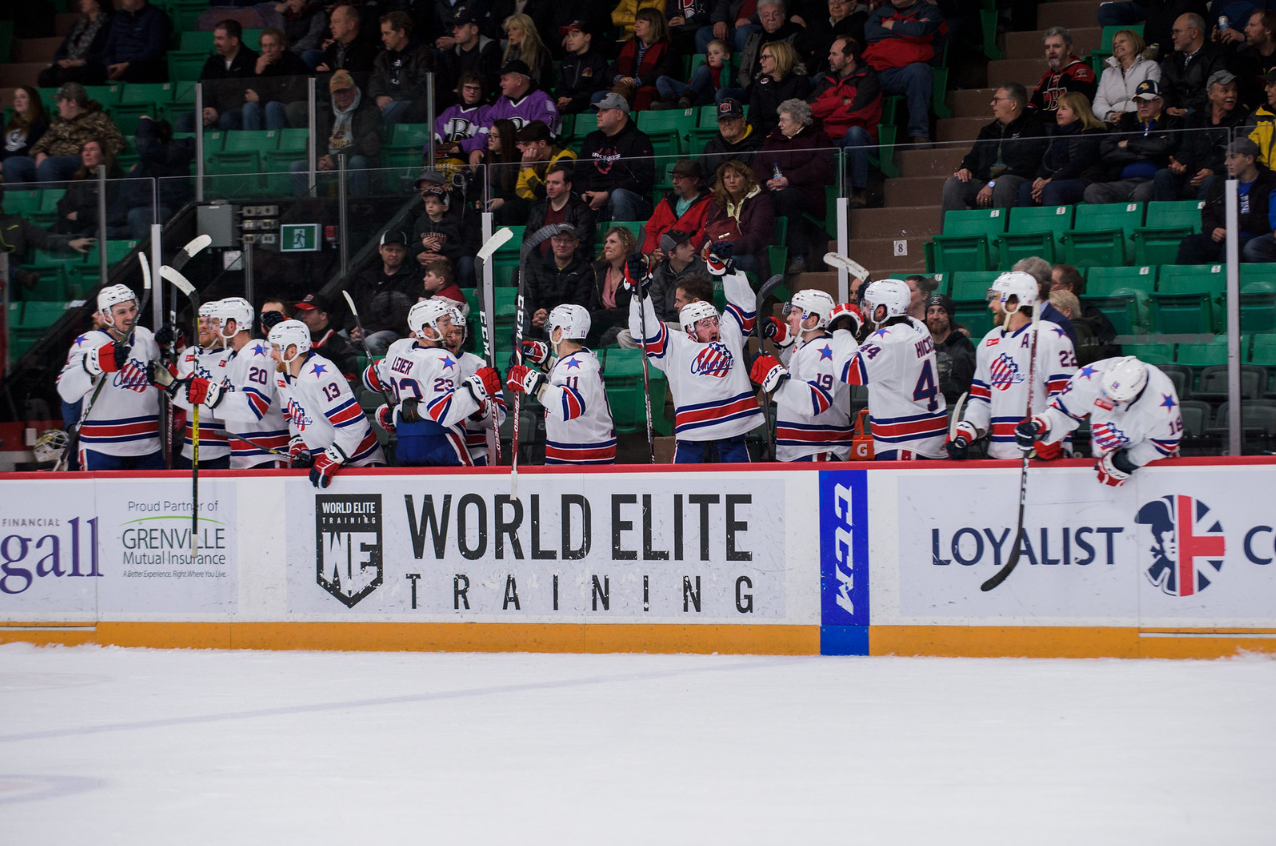 The Rochester Americans conquered the weekend with back to back regulation wins over the league leading Belleville Senators. The Amerks played two full 60 minute games and outscored the highest scoring team in the league and headed home with two big wins.

Andrew Hammond made 25 saves Friday night and Jonas Johansson made 24 saves Saturday night in back stopping the Amerks to wins. Going into the weekend Belleville had scored 229 goals compared to Rochester only scoring 170. That’s a huge differential and the Amerks played a great team game defensively and limited their opportunities.

At the other end of the ice it may have helped that Rochester was shooting on Alex Dubeau, a goalie that played in just his second and third American League games. He was lit up with 83 shots against and he saved 76 of them.

Solid goaltending in back to back games along with balanced scoring is a recipe for success. Pretty wild concept.

Rochester had a 3-2 lead going into the third period Friday night before Belleville tied the game with just under six minutes to play. A familiar situation in recent times giving up a lead late. A difference this team was that it didn’t slow the game down. CJ Smith was able to gain posession in the Belleville corner to feed a pass to Andrew Oglevie who scored the eventual game winner with a back hand goal. Scott Wilson secured the win with an empty net goal.

The game was slightly different Saturday night with Belleville holding a 2-1 lead going into the third period. Jacob Bryson scored his second goal of the weekend just 2:48 into the period to tie the game. The teams played a tight period and were starting to look like overtime would be the way to go. That changed when Will Borgen scored the game winning goal with big shot off a face off win by JS Dea with only 72 seconds left on the clock in regulation. Sean Malone secured the win scoring an empty net goal with 29 seconds left.

Rochester played with five defensemen for the majority of the game Saturday after Casey Nelson had been hurt just three minutes into the game and didn’t return after leaving a trail of blood on the ice after colliding with Kevin Porter at the blue line.

For a team, Rochester, desperate to find winning ways again down the stretch they accomplished that for now on the road in Belleville. They faced a rookie goalie but more importantly limited a high scoring team from scoring more than them. The weekend is something to build off of with just 15 games remaining for the start of the playoffs.

Rochester returns home Wednesday night against a hot Binghamton team that has now won 11 of their last 13 games. All regulation wins.

Kevin Porter off the back wall from CJ Smith and Jacob Bryson. Amerks up 1-0. pic.twitter.com/Uy4ay51UJZ

CJ Smith breakaway goal as he was leaving the penalty box. Amerks up 3-2. pic.twitter.com/KddxfBhWlL

Taylor Leier taps one in for a PP goal and ties the game 1-1. Assists to Mitts and Asplund. pic.twitter.com/KVR4hh4xK8

Jacob Bryson ties the game at 2 with a one timer. Assist to Eric Cornel. pic.twitter.com/PlQfzLPZxu

Will Borgen one timer off the face off gives the Amerks a 3-2 lead!! pic.twitter.com/YnKAwl0ElX