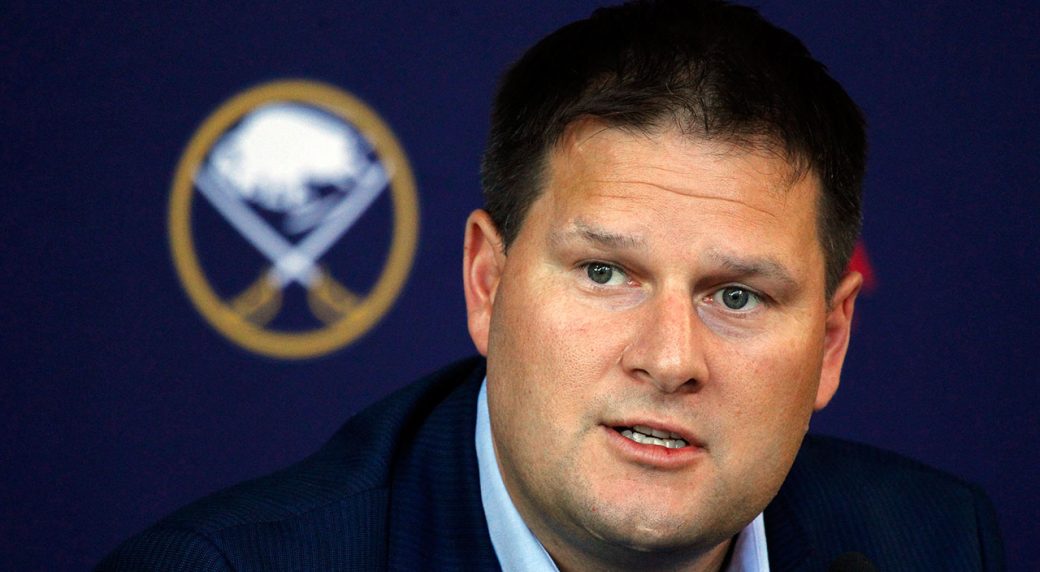 The Buffalo Sabres made headlines Tuesday morning by announcing that General Manager Jason Botterill has been fired along with Assistant GM’s Randy Sexton and Steve Greeley. The team has named Kevyn Adams as the new General Manager.

There’s little that I could write about the firing of Botterill, Sexton, and Greeley that hasn’t been written elsewhere (which I’ll link to below). From the Rochester Americans side of things, this management group had done more for the franchise in focusing on a winning team than any prior management group since the Sabres returned to Rochester. From day one there was a focus on improving Rochester in order to improve Buffalo. Things improved in Rochester but they never improved in Buffalo.

In case you missed any news throughout the day here’s a number of sources below:

â€œThis was somebody that has been part of our organization in multiple roles and that weâ€™ve come to know and respect.â€

Kevyn Adams is the new Sabres GM. More on why he was the only candidate:https://t.co/jRQZS4tGPd

The Pegulasâ€™ voices came through loud and clear with a Sabres bloodletting that shook the NHL for its size and scale. https://t.co/KKUOVjsh5d

My latest column at [BN] Hockey: On another dark day for the #Sabres, Terry and Kim Pegula donâ€™t offer a lot of real answers. https://t.co/KhJFlfZ8fT

Updated story on the mass firings by the Sabres. Jason Botterill, his assistant GMs and amateur scouting director Ryan Jankowski are gone.

It all began with a directive to make hockey ops â€œleaner.â€https://t.co/MXPCswMlBw

Pegulas end up in another unwinnable position of their own makinghttps://t.co/5MR1Y84J3F

Big news out of Buffalo this morning as the #Sabres announce the firing of Jason Botterill and the hiring of Kevyn Adams. @wolfebltd has more. https://t.co/etxWlmnycC

Taped this quickie podcast 5 hours ago. Even then, did not realize the scope of changes. Close to 30 people, right down to the Hockey IT guy. Quick calls, some as little as 20 seconds. Obviously, there will be more info over the next few days. https://t.co/WKL6MvEwWV