The Rochester Americans 2019-2020 season didn’t end as planed, like many other teams, but an estimated $8.7 million in upgrades to Blue Cross Arena in the City of Rochester has started as planned. Construction started this month and the projects listed below with an anticipated completion in spring 2022. These uprgrades were originally proposed in the spring of 2018.

There’s five components with the project now underway at the arena.

Bathrooms are expected to be completed by fall 2020 with the full scope of the project being completed by spring 2022. Last summer there was a new roof put on the arena at an estimated cost of $2.3 million and it was a success – there were no reports of water leaking throughout the season.

The entire sound system is expected to replaced from the speakers in the arena bowl, speakers in the suites, the control rooms, and all of the wiring that goes along with it. [ View full details of the project ]

It’s all good news for the old barn that hasn’t seen significant improvements in over 20 years. One of the major gripes for season ticket members has always been the sound quality which can vary from section to section. It can be extremely loud for someone and someone else may say it sounds quiet and an acceptable level.

What will fans notice? A better bathroom experience, improved sound, and expanded concession areas behind the center sections of the concourse levels. The expanded concession area is expected to provide an area to eat food versus standing or heading straight back to your seat. The bathrooms haven’t changed in over 20 years with many sinks often out of service or stall doors that either don’t close or do not lock shut.

Behind the scenes the the Rochester Knighthawks will have improved locker rooms that will act more of their own and visiting teams will also have improved accommodations. The office area was previosly split between what used to be arena operations on one side of the hall and the sports teams on the other. This is expected to combine the office area into one unit with more space.

All of the work being done was approved by and being managed by the City of Rochester who owns the building.

City Council documents along with a summary of where the money is coming from are available lower in the article.

It has been almost six years since the city began discussing improvements and it’s great to finally see work being done. For a full time line of the last six years view [ Time to Talk About Blue Cross Arena ] that has been updated over the years.

Upon completion, this is what the exterior of the Exchange Boulevard addition is expected to look like: 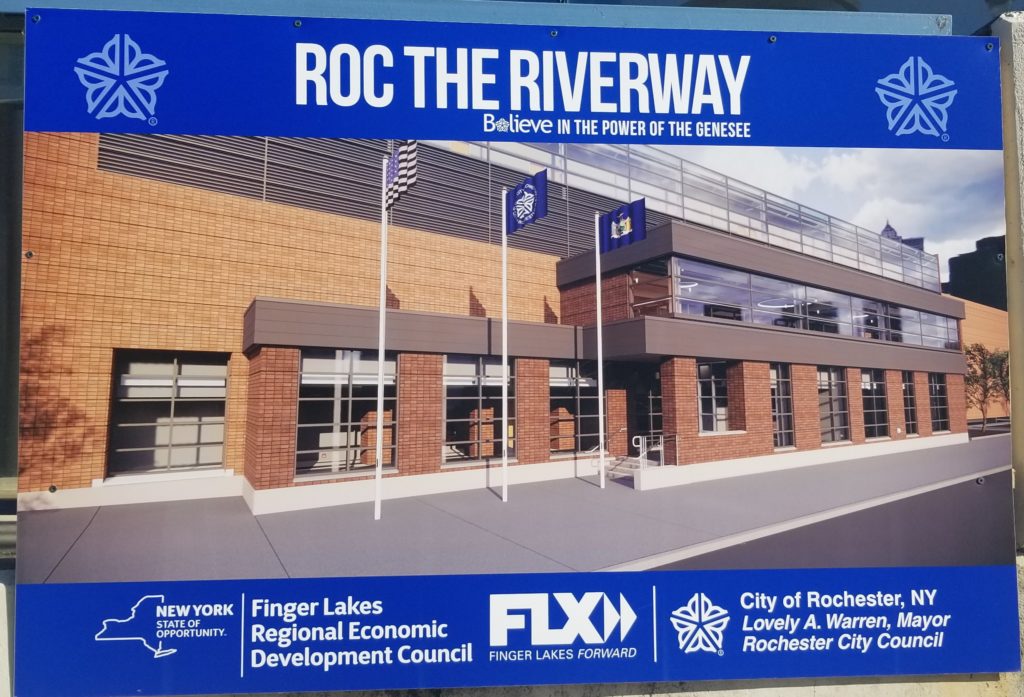 Here is the project scope: 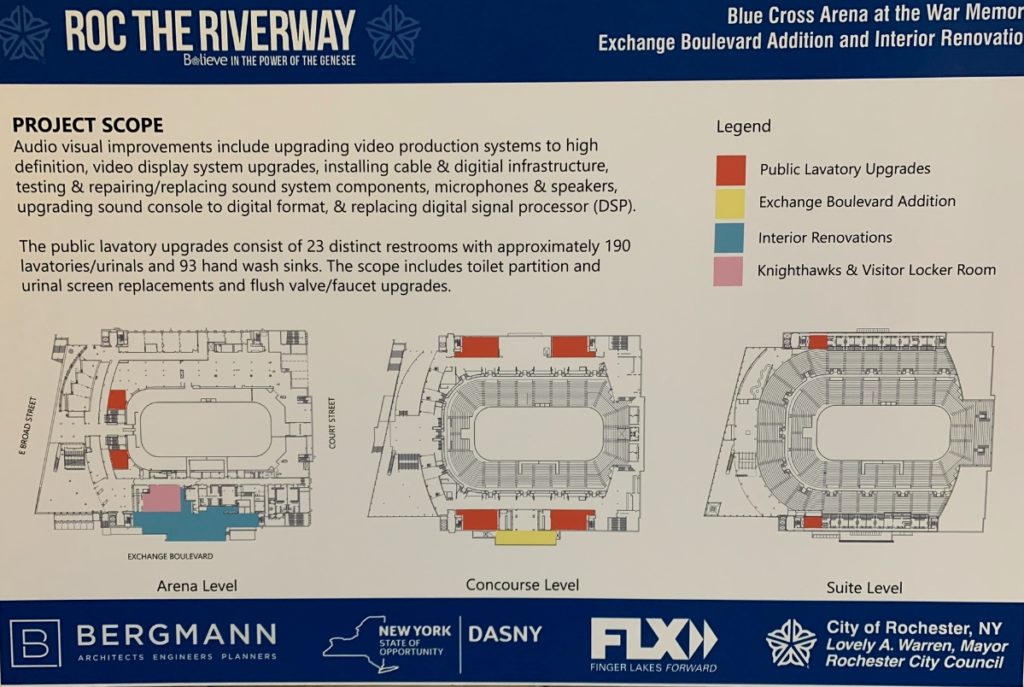 The estimated total cost of the project including construction, engineering and design services, and resident project representation services is $8,702,180 and will be funded as follows: 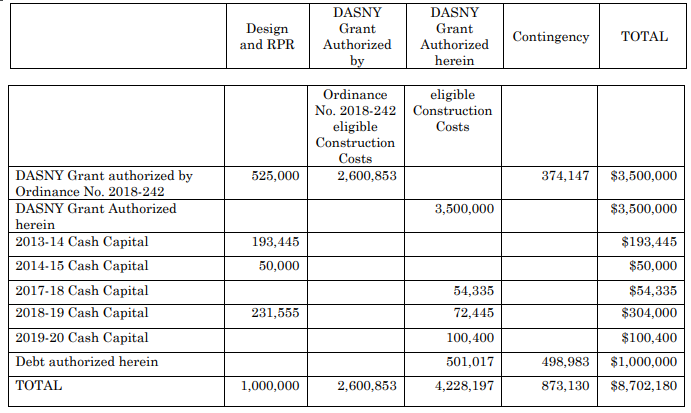