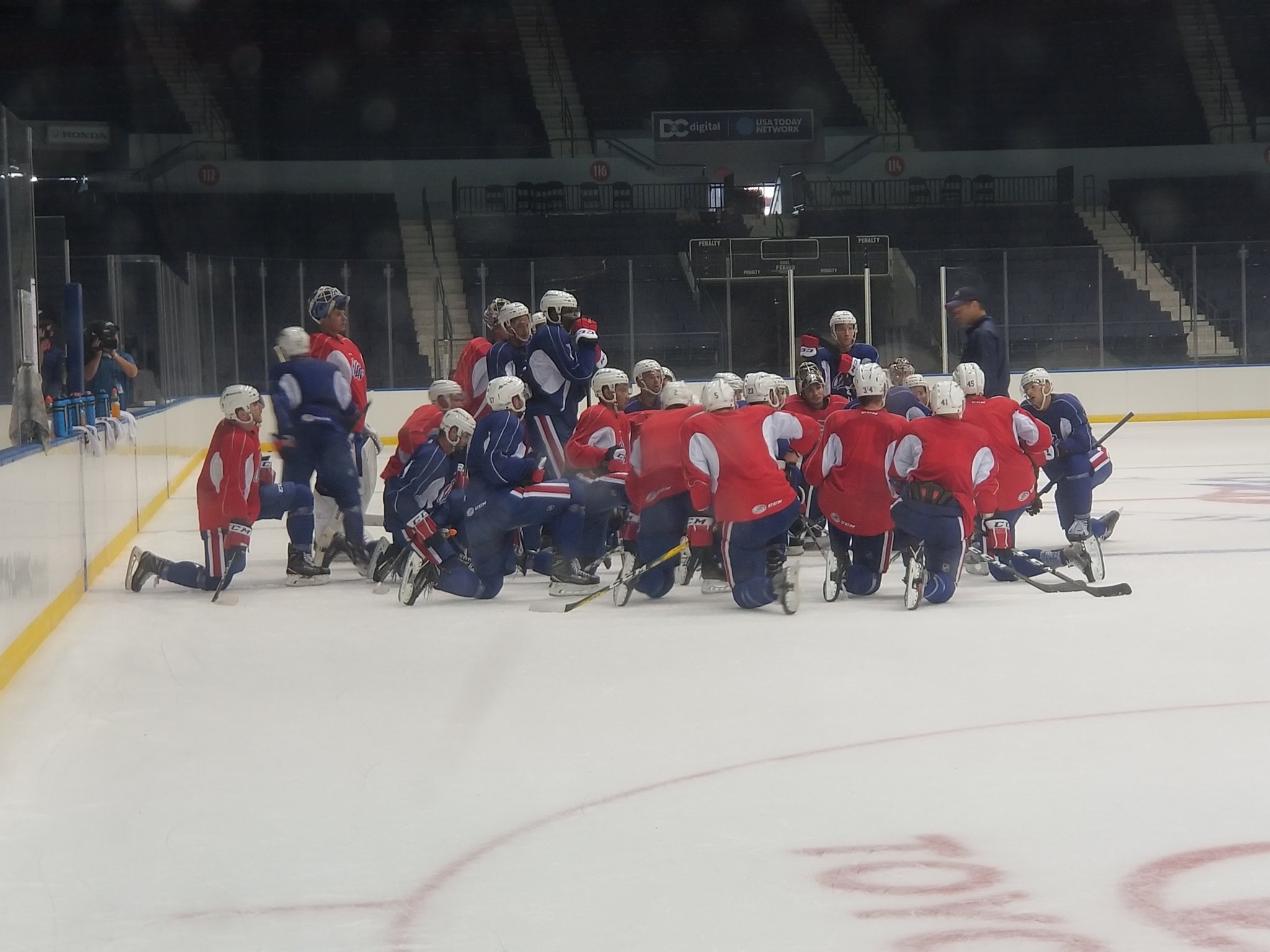 The first day of training camp is history and nothing happened on the ice that would’ve made one player stand out or cringe about. The on ice session was standard skating and passing drills that every hockey team works on from the youngest ages on up just to get everyone moving. The interviews were posted to the Rochester Americans YouTube channel, I went through and summarized them. Scroll to the bottom to watch them all.

One thing I found interesting was that it seems like players don’t really know the history of the teams in the AHL. I mean, they’re only 20 and unless you grow up in an AHL city the history of the league is not that well known if you aren’t a die hard hockey nut so we can’t hold it against them. Hopefully it’s something guys like Paetsch and Taylor can educate them on as they mature and develop to build that sense of pride for where they’re playing.

Brian Gionta was in the building and Randy Sexton confirmed that they did have a meeting. He’ll be a serious candidate for the US Olympic team. Was an exploratory meeting about about what he’s up to, his thoughts, his focus, anything the Amerks can do. If anything happens it’ll be mutually beneficial and they all seemed to agree on that. Here’s the video from Dan Fetes News 8 WROC