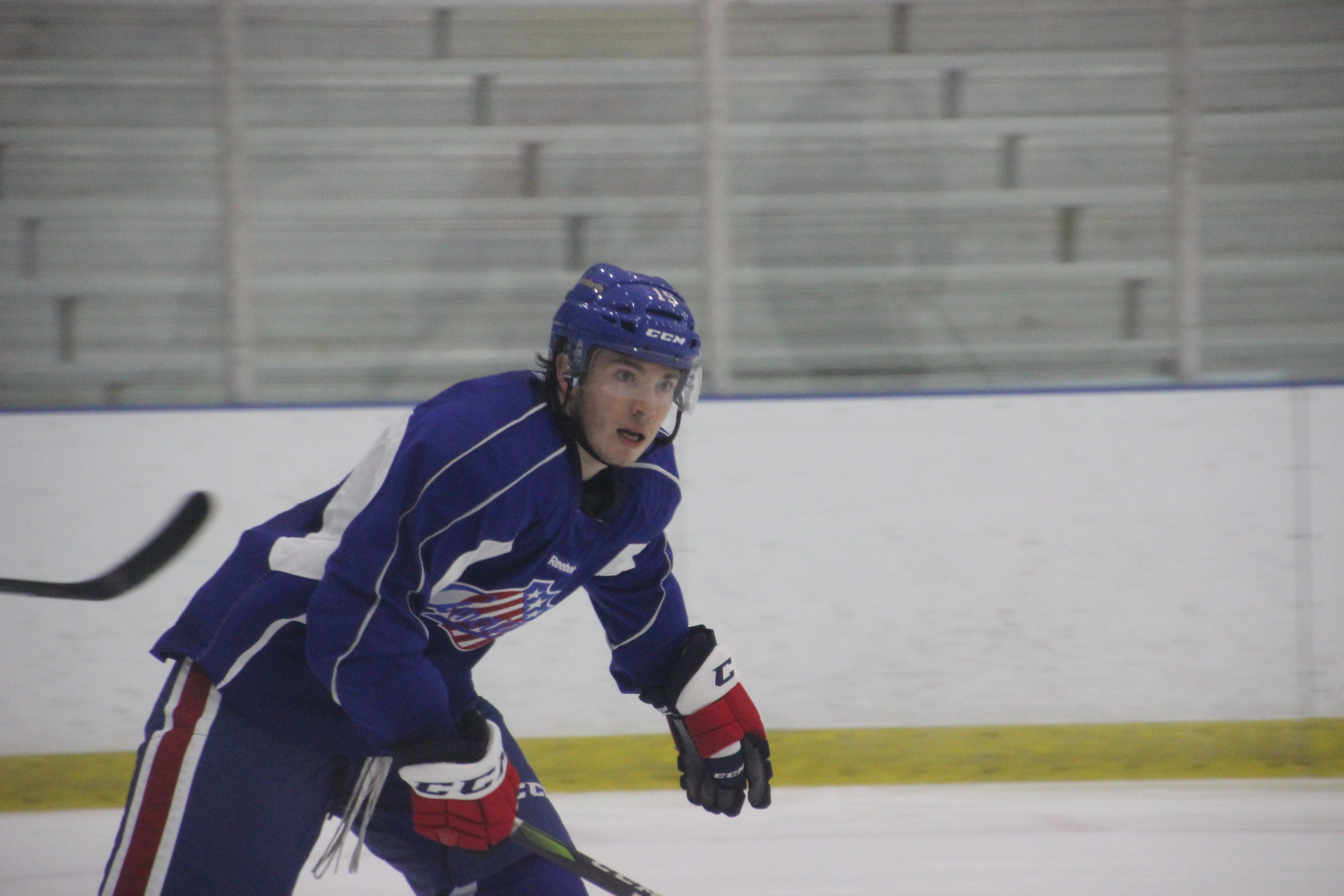 After a long and very active offseason, the Amerks look to have taken the first step back to AHL glory. They appeared far and away the better team when facing off against the Syracuse Crunch opening night. Most notable were the performances of Justin Bailey, Kevin Porter, and Linus Ullmark. Bailey was finally able to combine his lethal speed with clinical finishing to produce two fantastic goals. Porter was every bit the captain the Amerks need him to be this year. He was great in the faceoff circle, looked to have a solid chemistry with line mates Baptiste and Bailey, and handled his defensive responsibilities exceptionally well. This was capped by a goal saving play to clear the puck of the line after it snuck past Linus. And that was just about the only puck that Ullmark didn’t have under control all night. His rebound control was exceptional and he was also able to produce a few acrobatic saves that fans have come to expect from him. The Crunch were lucky to get the breakthrough they needed to avoid a shutout, only after capitalizing on an exhausted Amerks unit that had worked tirelessly to kill off a 6 on 4 in the dying embers of the game.

Like most Amerks, rookie CJ Smith put together a very impressive performance. I had high hopes for him after a strong preseason, and he was able to match expectations. If not for a few pinpoint shots from Bailey, Smithâ€™s line featuring newcomers Criscuolo and Moses (who had a snipe of his own), would have been the most productive of the night. For his efforts, I am going to rate his debut an A-.

Offensively, Smith showed some very creative stick handling in the neutral zone that led to consistently successful zone entry. It was an area many other units struggled with due to a lack of early chemistry (especially on the power play). On his first shift, CJ was so effective on the wing that he was able to skate in clean and deliver a perfect centering pass across the face of goal. His playmaking ability was on display even more in the second period. After dancing into the zone he made a nice drop pass to Criscuolo who then setup Moses in the slot for what would be the game winning goal. Later in the period, Smith was able to fly passed a defender once more, which drew a penalty. There is something special about Smith when he gets the puck in space, and I canâ€™t wait to see more of it going forward.

Defensively, Smith was the best forechecker on the ice. He was able to keep the pressure on during the breakout, and generated 3 turnovers in the offensive zone that directly led to chances. I was also very impressed to see him covering for Guhle at the point on a few occasions. Guhle has potential to be a special type of player when getting forward, and he will only get more opportunities to showcase that if trailing forwards are aware enough to cover for him. It also speaks to the job that coach Taylor has done this offseason to get his rookie winger and an aggressive point-man consistently on the same page. My only real criticism of Smith is that I would like to see him get a bit higher and cut off more passing lanes in the defensive zone. He wasnâ€™t able to make things difficult or create any turnovers inside of his own blue line.

Going forward I have very high hopes for CJ. I think his offensive creativity can play a big role for the Amerks this year. Once the team irons out some their zone entry issues on the power play, I think Smith will be a dangerous weapon when things are set up. I would also like to see a few more entry plays that give him a chance to skate the puck with a man advantage. With so much talent on this roster I think he has an opportunity to flourish this year.