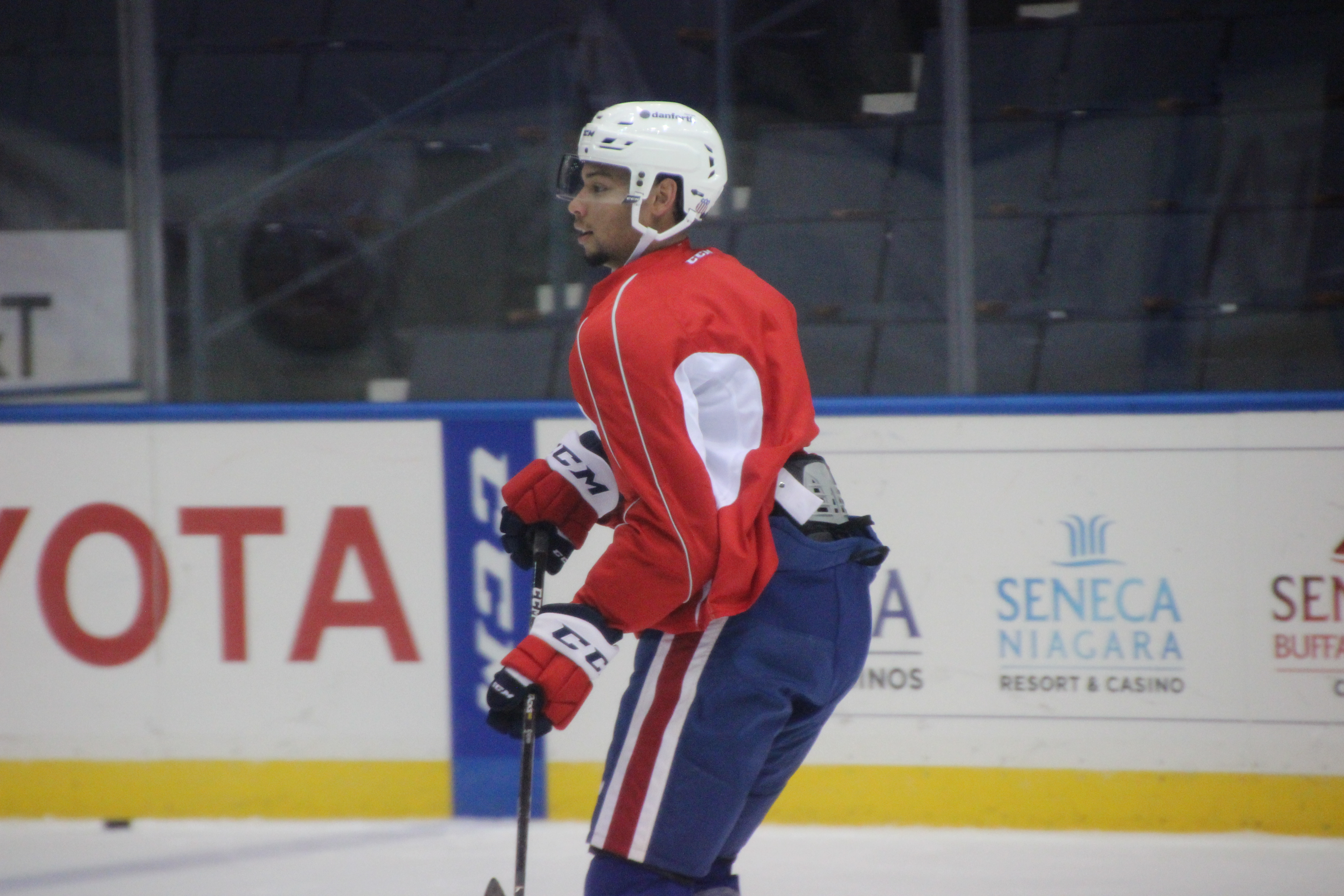 The road to winning hockey games in The AHL is all about depth. Injuries and roster moves are the only things that stay constant especially for the Rochester Americans.

“A lot of phone calls, airplanes and travel but it’s good. We got two new guys and with Evan and Nylander coming back its another two guys on forward as well,” Chris Taylor said when asked about the busy day. “Keeps our roster interesting.”

Read more about the return of Nylander:Â Nylander is Excited to Play Tonight

Arvin Atwal (pictured) will be in the lineup tonight with Redmond and Goers out again (both still considered day to day – Redmond returned to practice Thursday, Goers has been out since Monday). They liked what they saw of Atwal before the season and he’ll have his chance to make an impression. He’ll join Brendan Guhle, Stuart Percy, Andrew MacWilliam, Conor Allen and Devante Stephens on defense.

Still wondering about Guhle?Â The Reason the Sabres Haven’t Called up Guhle

After the game on Wednesday night the topic of depth was addressed by Taylor, “Our depth carried us through another game and thats what itâ€™s all about. We need depth all the time and injuries are going to happen in the minors and call ups are going to happen. We canâ€™t complain and canâ€™t sit here and feel sorry for ourselves we just have to let these guys grow and let them get their games in.”

It’s a team effort and the way the team has been playing says a lot about the group of players in the locker room and the coaching staff. They’re all on the same page and putting up points in the standings early in the season.

The Amerks are facing the Wolf Pack tonight who have lost their last two games in in over time. It’s great to talk about the Amerks being in second place but there’s a lot games to still be played. The win on Wednesday night was a great defensive effort and great saves by Ullmark and they’ll need that again.

Justin Bailey is out for another game but Taylor said that he’s hopeful he’ll play on Saturday night. He’s still a little sore and they want to make sure he’s completely healthy.

Garret Ross is the other forward scratch, day to day and reasons unknown.

Here’s the promotions for tonight from Amerks.com:

Zweigleâ€™s Family Four Packs: Zweigle’s Family Packs are available for every Amerks Friday and Sunday home game during the 2017-18 Season. For just $79, fans will receive four Lower Level tickets (some restrictions may apply), four hot dogs and four sodas. A minimum of four tickets is required in order to purchase the Zweigleâ€™s Family Pack.