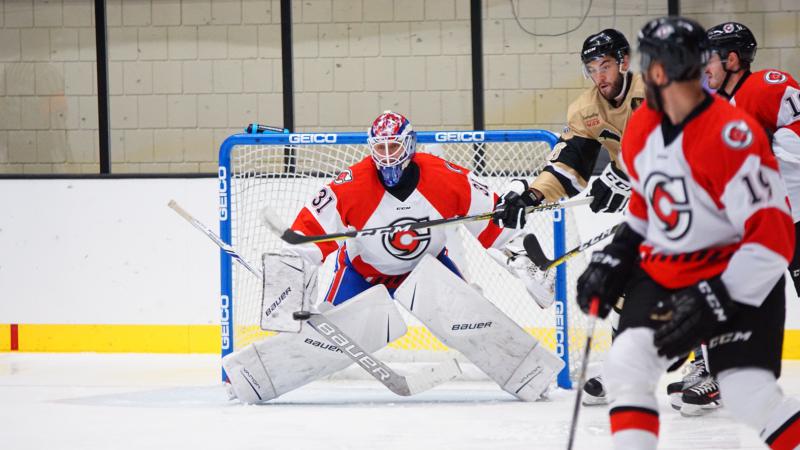 The Amerks are heading to Binghamton today after defeating them on Friday night in a massive 10-3 win. The last time the Amerks had scored 10 goals in a game was December 16, 2016. [ Read our Friday Night Recap ]

Goaltender Jonas Johansson played in his first game of the season on Friday night leading the Cincinnati Cyclones to a 3-1 win. He had been out for the start of the season with a lower body injury. Johansson was drafted in the third round (61st overall) of the 2014 draft by the Buffalo Sabres.

The current expectations are that the Sabres are developing Ullmark to eventually take the top spot up there with Johansson sliding into the top spot in Rochester.

Brendan Guhle is the current points leaders on the Amerks defense and he’s also tied for second amongst rookie defensemen in the league. Guhle’s 4g+7A are only one point behind Kyle Capobianco of the Tucson Roadrunners.

Casey Nelson returned to the Amerks on Friday after being called up by the Sabres. He didn’t play in any games for them. He tallied an assist on the first goal of the game by Alexander Nylander.

Injury notes: No new updates on any of the injured players. The current list is Nathan Paetsch, Barry Goers, Arvin Atwal and Justin Bailey. [ Read more on our Injuries Page ]

Jason Botterill made some rounds on Friday evening in Buffalo to talk about the Sabres and of course the Amerks. He complimented the coaching staff and how there’s competition to get called up and also talked specifically about Nylander and Ullmark.

Alexander Nylander will continue to be a leading topic as one of the organizations top prospects. He played in his fourth game back on Friday night and scored one goal and had one assist.

Nylander is still eligible for the World Junior Championships coming up in Buffalo next month and Sweden has shown interest in having him play. Both Jason Botterill and Chris Taylor said they’re open to the idea and think it’d be a great opportunity.

When asked if anyone has approached him about it Chris Taylor said with a smile, “Not yet.”

Botterill mentioned Ullmark saying, “We challenged Ullmark at the start of the year from not just being about numbers but looking at wins, finding ways to win games.”

Our GM likes what he’s seen from @AmerksHockey & discusses the current state of the #Sabres in a pregame interview with @duffersabres. pic.twitter.com/Ahg7Mffso3

Botterill was also on WGR550 and talked about how they protected Ullmark in the expansion draft saying, “Ullmark has been one of the better goalies in the AHL. That’s a bright spot for us. It was a situation we were worried about in the expansion draft. We wanted to make sure he remained in our organization.”

You can listen to the entire audio here: