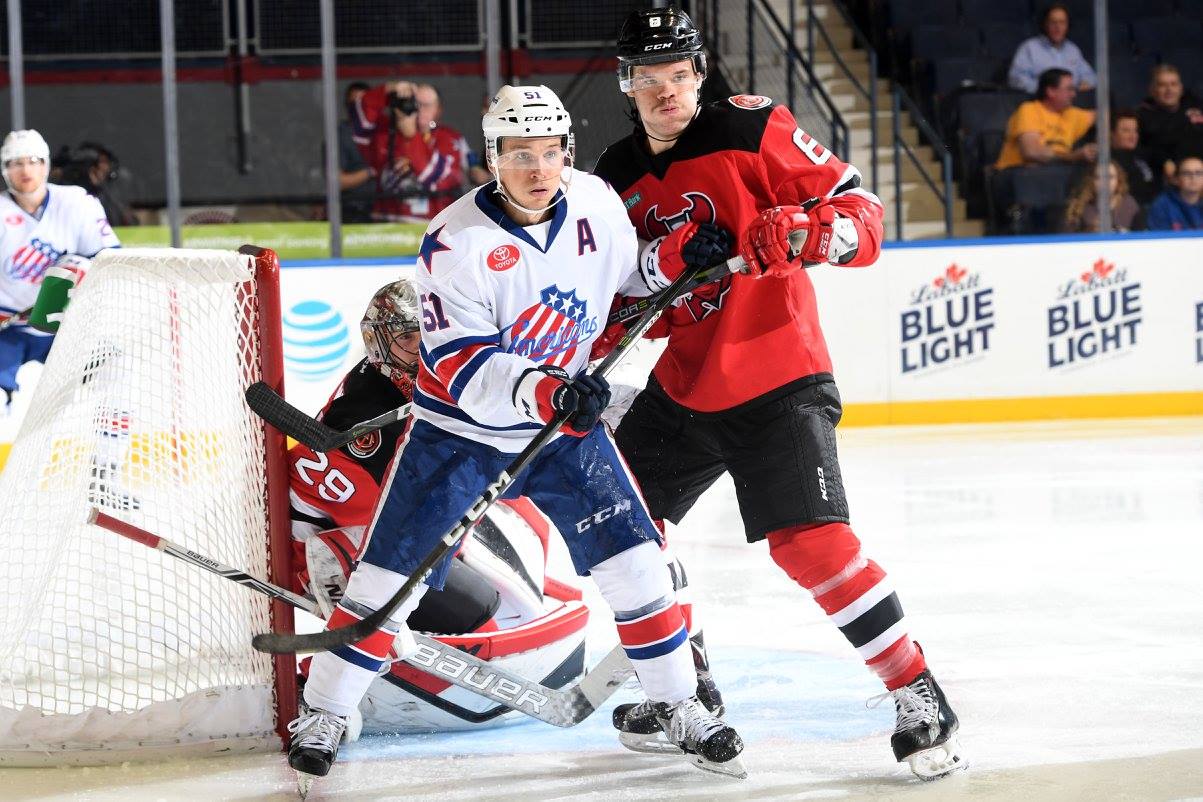 The Buffalo Sabres announced a move this morning that was expected. Evan Rodrigues is 100% healthy and has packed his bags to join the Sabres and in exchange Kyle Criscuolo is coming back to the Amerks.

Rodrigues returned to playing on November 17 after being sidelined at the start of the season due to a hand injury. Rodrigues was able to tally 5G+5A in eight fast games with the Amerks.

In an update to this original post, the Sabres also announced that they’re placing Matt Moulson on waivers for the purpose of assignment. He could become the highest paid Amerks player of all time.

The Amerks will have their first set of three games in three days this weekend when they travel to Springfield, Hartford and Bridgeport.