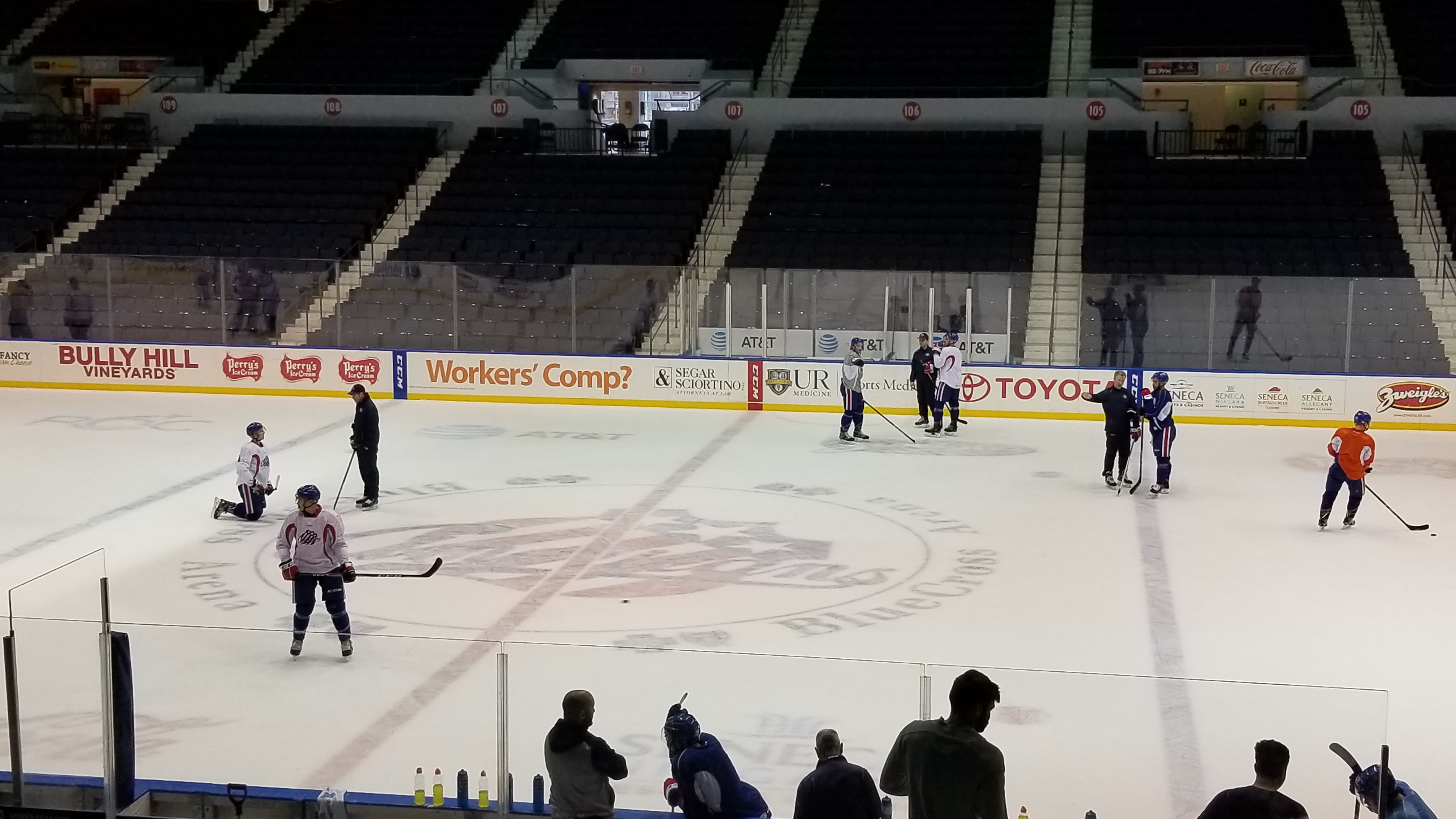 The biggest news of the week was the Sabres placing Matt Moulson on waivers for the purpose of assignment.

Once he cleared there was no immediate announcement that he was assigned to the Amerks which was a sign something else was in the works. It was announced a few hours after clearing that Moulson was loaned to the Ontario Reign, the LA Kings affiliate.

It’s a fresh start for Moulson as he is reunited with the the organization that he started his career with. He would have made the Amerks a more powerful team (with a vet problem down the line) but there’s also no future for him in the Sabres organization anymore.

This was the statement that the Sabres provided yesterday:

“Matt has been a true professional, especially during this difficult decision,” General Manager Jason Botterill said. “Matt has previously spent time within the Kings organization early in his career and we felt this would be the best opportunity for him. From an organizational standpoint, we felt that with our young forwards in place in Rochester, we did not want to take away from their development and ice time by adding another veteran player at this time.”

I asked Chris Taylor if he was involved or was asked about him coming to the Amerks and he said the decision was all made in Buffalo.

The Swedish World Juniors roster was announced today and one name expected to be on it was missing, Alexander Nylander. Taylor said that they just haven’t made a decision either way at this time on whether or not he’ll play.

Assuming Nylander is healthy it’s likely he’ll play. Jason Botterill and Randy Sexon have both talked about supporting the opportunity.

Marcus Davidsson was named to the Swedish roster. The Sabres picked him in the 2nd round, 37th overall, in the 2017 draft.

After teams finish with practice and stretch at center ice they break up into groups to work on various skills. Tipping pucks, rebounds, passing, etc. When a team is winning like the Amerks are there’s also laughing as they work. Today Linus Ullmark stepped in and practiced some face off skills. He said he needs a little work but that’s what practice is for!

Are goalies allowed to take faceoffs? @Icebeardude is practicing in case he ever can! #Amerks #Sabres pic.twitter.com/DhTuainMHY