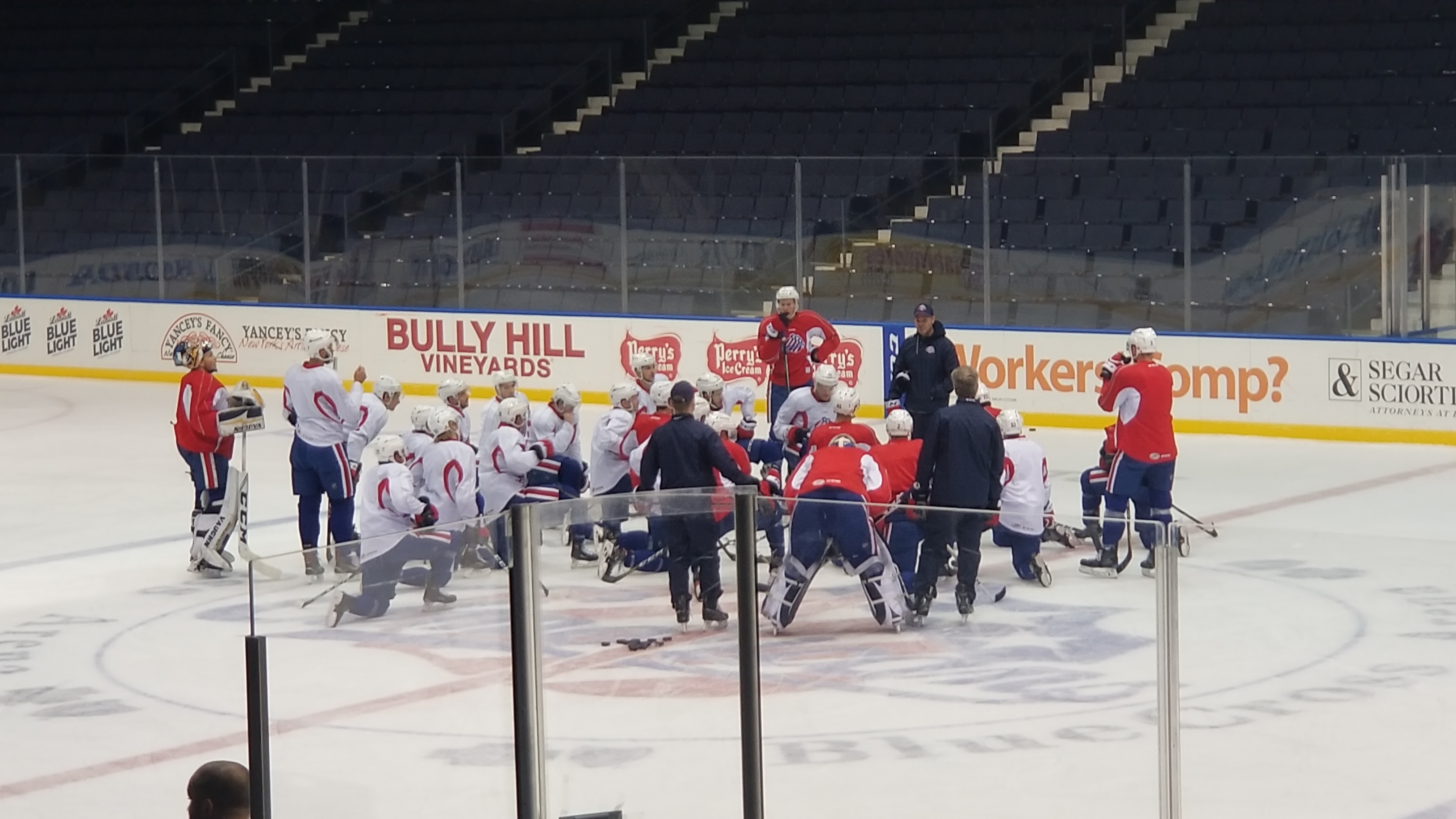 The Amerks are coming off of an “unbelievable weekend” [ Read more here ] and are facing off against the Utica Comets tonight for the sixth time this season. In the five games so far the Amerks areÂ 1-2-1-1. The only win was a shootout win on the road. The two regulation losses have both been in Rochester.

Two players to watch on the Comets roster are Reid Boucher and goalie Thatcher Demko. Boucher leads the Comets with 13 goals and 11 assists for 24 points in 22 games. Demko has only allowed five goals in four games vs the Amerks.

CJ Smith was asked about shutting down Boucher and he said, “Just taking away time and space out there. Really not letting him shoot the puck. Obviously he has a good shot. Can’t shoot the puck you can’t score.”

On the Amerks side, CJ Smith is the team leader in points and eighth in the league in scoring with 8 goals and 17 assists in 25 games. Linus Ullmark will start for the Amerks and the Comets have been able to score seven times on him in three games.

Chris Taylor said this about the Comets, “They’re a good team so we have to be prepared. They have good goaltending, they’re well coached. We know what we’re in for. They’re a stingy team and tough to score goals against.”

Road games are often referred to as simpler and that’s where the Amerks have had more success this season. Zach Redmond referenced that for tonights home game saying, “We have all the skill in the world we just need to find a way to stay within our structure, play simple and almost play a road game. Eliminate mistakes and find a way to work hard like we do on the road.”

Kevin Porter is expected to play after being out for two weeks and missing six games.

Buy One, Get One:Â The Amerks are offering buy one, get one tickets for every Wednedsday home game this season! Stop by the Amerks office, The Blue Cross Arena Box Office or call 1-855-GO-AMERKS to take advantage of the special offer!

Distillery Eats & Seats:Â This popular package returns for another year as fans can purchase a Best-Available ticket and $10 gift card to The Distillery for just $25.

Kids Tickets:Â New this year, the Amerks are offering a special Kids Ticket price of just $10 per seat for kids age 2-6 with the purchase of an adult ticket at the Box Office for all home games.