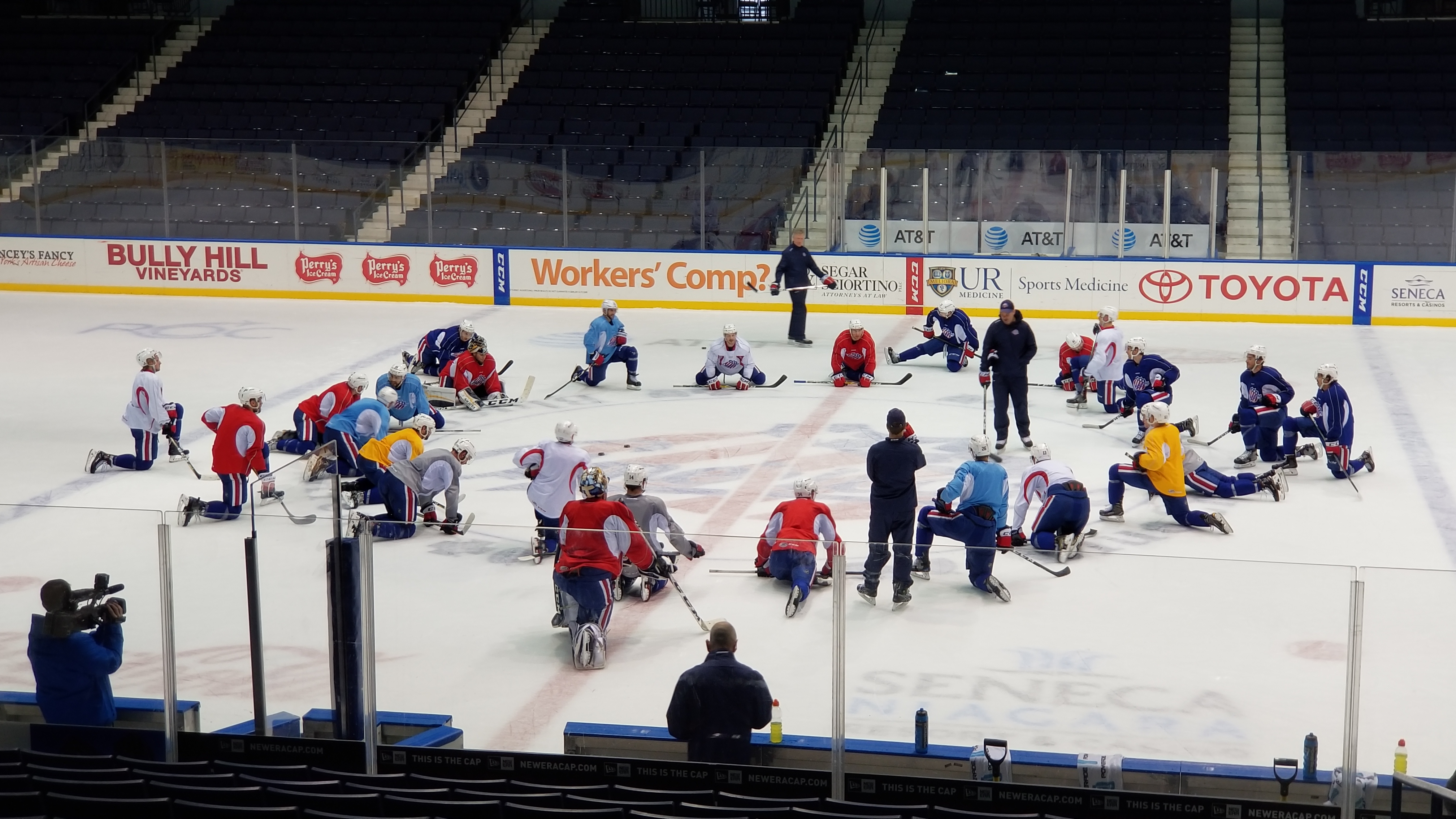 The Amerks capped off an impressive three in three weekend coming back home with five out of six points. The team has nine games left in the month of December and all of them are against divisional teams.

“Sunday Wilcox played unbelievable, kept us in the game. We need everyone in the whole lineup to make contributions and he made a contribution,” Taylor on the Sunday game by Adam Wilcox.

Looking forward the team has nine divisional games to close out the month of December, two against league leading Toronto Marlies. There’s also two games vs Utica, one vs Belleville and four against Laval. Five of those nine games are at home, including two this week.

Utica is up first on Wednesday night, a team they’ve played five times already this season winning only one of those games. Two losses, an overtime loss and shootout loss.

Referring to the Toronto game on Friday night Nathan Paetsch said, “It’s a big measuring stick for us at home, somewhere we can really see where our team is at.”

Talking about the division in general and the streak Syracuse is on Chris Taylor said, “Every team is good in this league, every game is tough.”

Nathan Paetsch has started skating on his own before practice this week. He said he hopes to back “sooner rather than later.”

Kevin Porter, Barry Goers and Justin Bailey are skating with the team in practice.

Goers has been cleared to play and now it’s just a matter of who he goes into the lineup for.

Kevin Porter is expected back this week.

Justin Bailey has been updated to 1 week away.