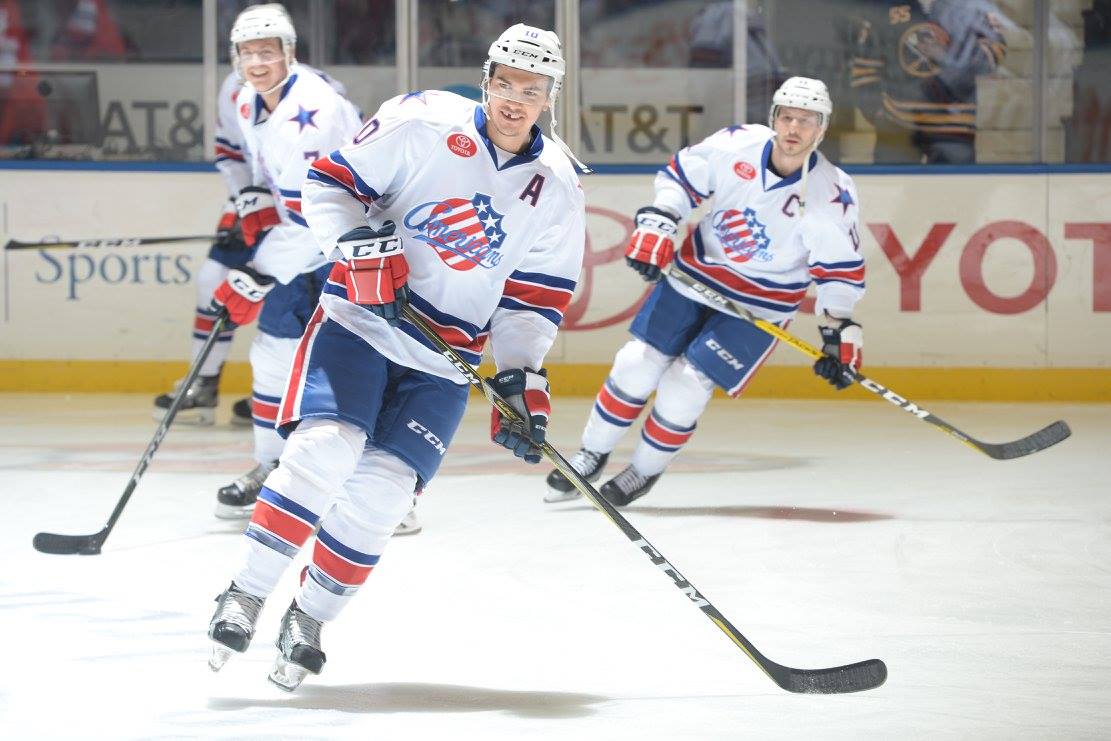 Randy Sexton announced on Tuesday morning that the Rochester Americans signed Stuart Percy to an AHL contract for the remainder of the 2017/2018 season. Percy was originally drafted 25th overall in the first round by the Toronto Maple Leafs in the 2011 draft.

When his entry level contract with Toronto expired after the 2015/2016 season they did not extend Percy a qualifying offer. The Penguins organization signed him for the 2016/2017 season and he played inÂ Wilkes-Barre/Scranton. His season ended early due to an injury that required surgery. He’s been healthy since.

Based on the two way game Percy has been playing and the fact that he has been an assistant captain on the team it was a no brainer that the team would be signing him, was just a matter of when. Percy doesn’t count against the vet rule which makes him even more valuable.

The team had signed Percy to a PTO on October 19 after Nathan Paetsch went out with a leg injury and Taylor Fedun was called up to the Sabres leaving a hole on the Amerks blue line. A PTO (professional try out) allows a player to play in 25 games or be rostered for 25 games before the contract expires and a player is back on the market.

After practice on Monday morning head coach Chris Taylor was asked about Percy and he said, “He’s been really good. I had him last year. I knew exactly what we were getting out of him. He’s played very well for us. We’ve put him in a lot of situations for us to do well. He’s been on the power play, penalty kill and he’s gotten a lot of ice time. We’re happy that we have him.”

Assistant coach Gord Dineen and Percy are also familiar with each other. Dineen was a coach with the Marlies when Percy played there.