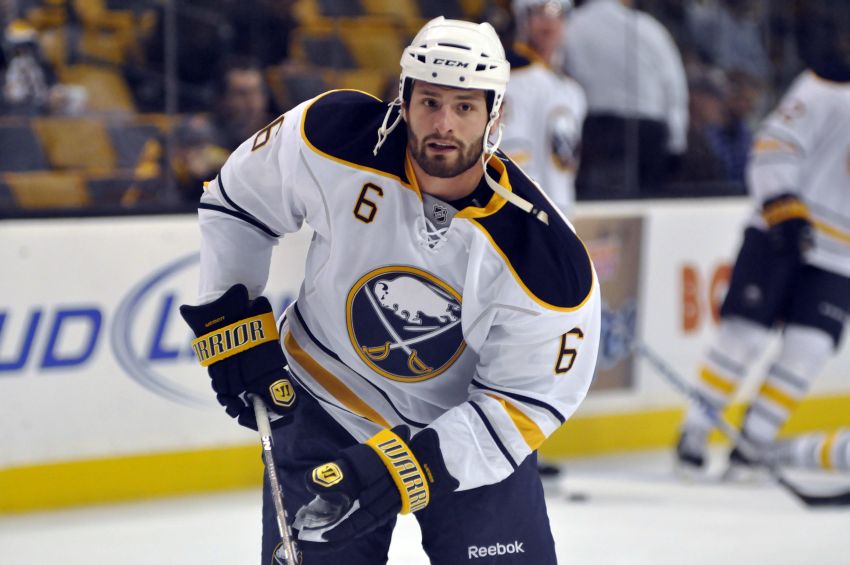 Mike Weber was drafted in the second round (57th overall) by the Buffalo Sabres in the 2006 draft and started his professional hockey career with the Rochester Americans in the 2007/2008 season. Today he announced his retirement from playing and hopes to get into coaching in the future.

It was his only season with the Amerks before the Sabres moved their AHL affiliation to Portland. In 59 games with the Amerks he had 1G+13A and a team leading 178 penalty minutes.

That was the last year of the dual affiliation when the Amerks roster was filled with players from the Buffalo Sabres and Florida Panthers. It wasn’t the best environment to start a playing career in. The team finished in dead last only winning 24 games the whole season.

He played with passion every game and played hard destroying his body in the process.

In the video below Weber is asked what a highlight would be and he said, “A highlight for me was every time I put a jersey over my head in a professional game whether it be AHL, NHL or here in Sweden or even in Norway for the short time I was there during the lockout. Anytime you’re able to put a pro jersey on and you’re able to go on and get paid to play, to play a game. I took that as a huge responsibility and a huge honor. Everyone wants to play hockey when they’re a little kid but not everyone gets to play professionally and I took great pride in that.”

Another thing he said in his press conference was,Â “I reminded (my team mates) that no matter how long you think your career will last it never lasts as long as you think.”

Weber had hoped to continue playing in Sweden this season but his knee let him know otherwise. He had talked about how he can’t lift his two year old child and that he’ll need to have experimental surgery for a new knee.

Take a moment to click through and read the thread as well..

Former #Sabres player Mike Weber retired today. He gave an outstanding press conference to the Swedish media at @frolunda_hc practice. He said he couldn’t lift his two year old child because of knee damage, he needs a knee replacement. 1/