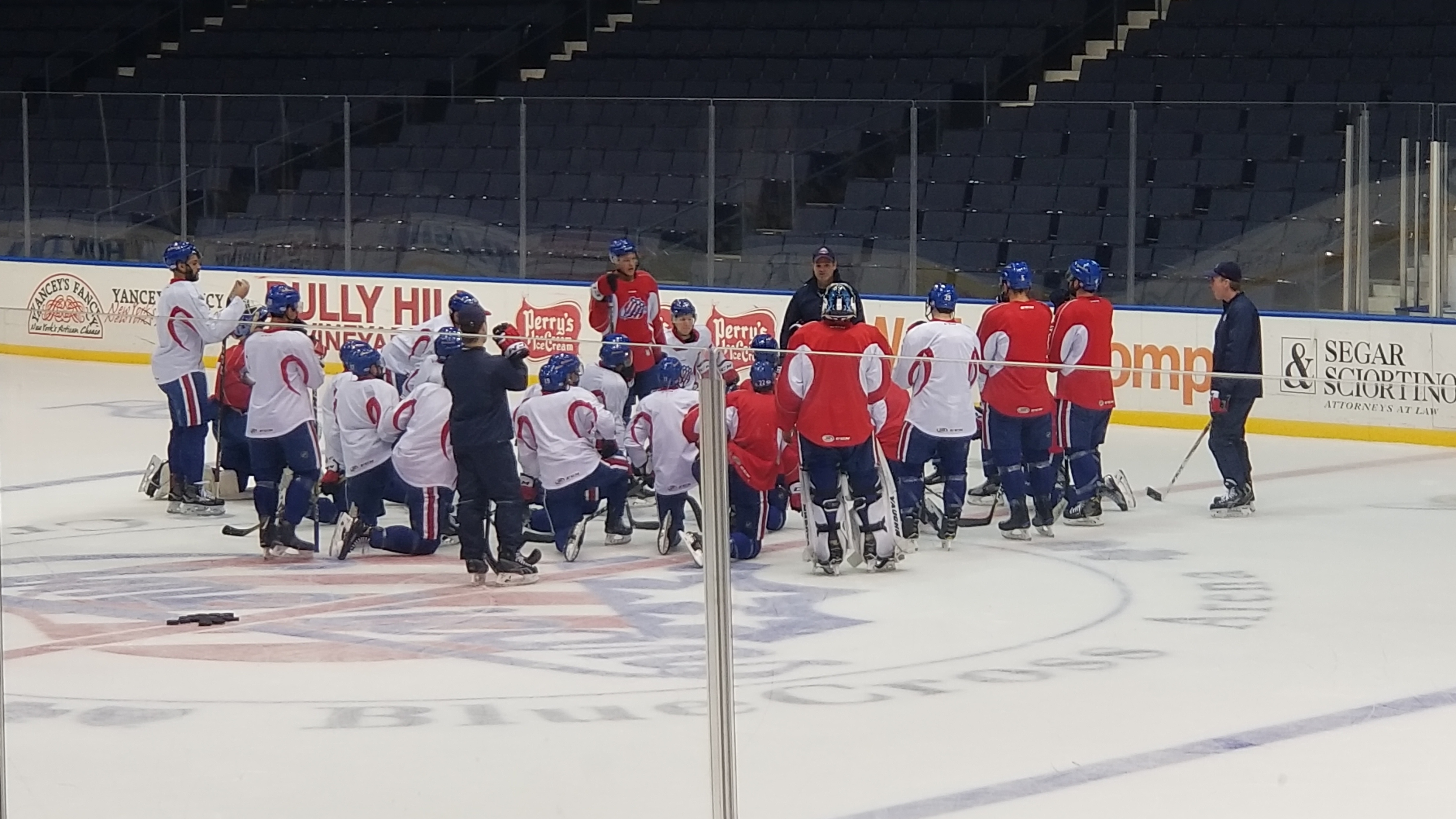 It’s gameday in Rochester and tonight starts a stretch of four games over the next six days. They host the Binghamton Devils tonight, a team they had beaten 10-3 back on November 24 on home ice. This is also the same team they had lost 5-0 against just six days prior.

Chris Taylor said Binghamton has that 10-3 game on there minds as they return back for the first time since then, “Everybody remembers there last game, we scored a lot of goals on them and they’re probably not too happy about that.” Taylor also talked about four straight divisional games and how important they are, “We understand where we’re at in the standings and how close teams are coming up behind us so we have to be ready.”

The Amerks are coming off of a 3-2 overtime loss on Wednesday night in Belleville when they gave up a goal with 14.7 seconds left in the third period. The team wasn’t happy about losing like that and all season they’ve talked about how they respond so tonight is the response to that.

Some key players are back in the lineup after missing time.

Alexander Nylander has missed eight games while he was playing in the World Juniors with Sweden. He was back with the team earlier this week but missed Wednesday night due to illness.

Taylor talked about what he wants to see out of Nylander saying, “I want him to be aggressive, move his feet, play with passion, I don’t want him to play on the outside. We expect him to get pucks to the net and be good defensively. Coming off a good tournament but now it’s back to work again for us. To make strides he has get on the inside of players.”

“I feel like I’m going to playing really well down here in Rochester and I just need to keep up what I did in the World Juniors,” Nylander said. “I don’t feel any pressure, I know the way I know how to play and if I play with the I can I’ll be getting the minutes and get the scoring chances.”

Nathan Paetsch is back after missing 34 games due to a broken leg. He said the break just didn’t fix the way they wanted it to.

“Those two add a lot of skill up front,” Paetsch said when talking about the three of them being back in the lineup. “Me, I’m just there to be steady Eddie and keep the guys calm.”

Heading into the second half of the season after tonight Paetsch said they want to keep doing what they’ve been doing and things have been going well. He added, “We’re just trying to learn and get better as a team and I think you’ve seen this team grow as the season went on. Tails is getting his message across and I think guys are starting to understand what it takes to be a pro every night and it’s showing on the ice.”

Matt Tennyson left the game early on Wednesday with an awkward fall but skated without any issues and is playing.

Adam Wilcox will be starting in net for the Amerks.

Brendan Guhle and Linus Ullmark were sent back from the Sabres today but will have the day off.

“Unbelievable, couldn’t be more proud of those two guys and what they did and what they accomplished last night and that’s the only start of the beginning for them,” Taylor said talking about the way they played for the Sabres last night. “That’s what they’re down here for is to develop and get to the NHL and do well, not just get there but to do well and they both did very well for the team last night.”

Some recent scoring slumps on the team:

CJ Smith only has one point (a goal on January 6) in the last nine games.

Kyle Criscuolo only one point (an assist on CJ Smithâ€™s goal on January 6) in his last seven games.

Sean Malone appeared to break his early slump with 2G+1A in a five game spam but since then has gone 16 games without a point.

Eric Cornel has gone 12 games without a point after some early season shootout heroics.