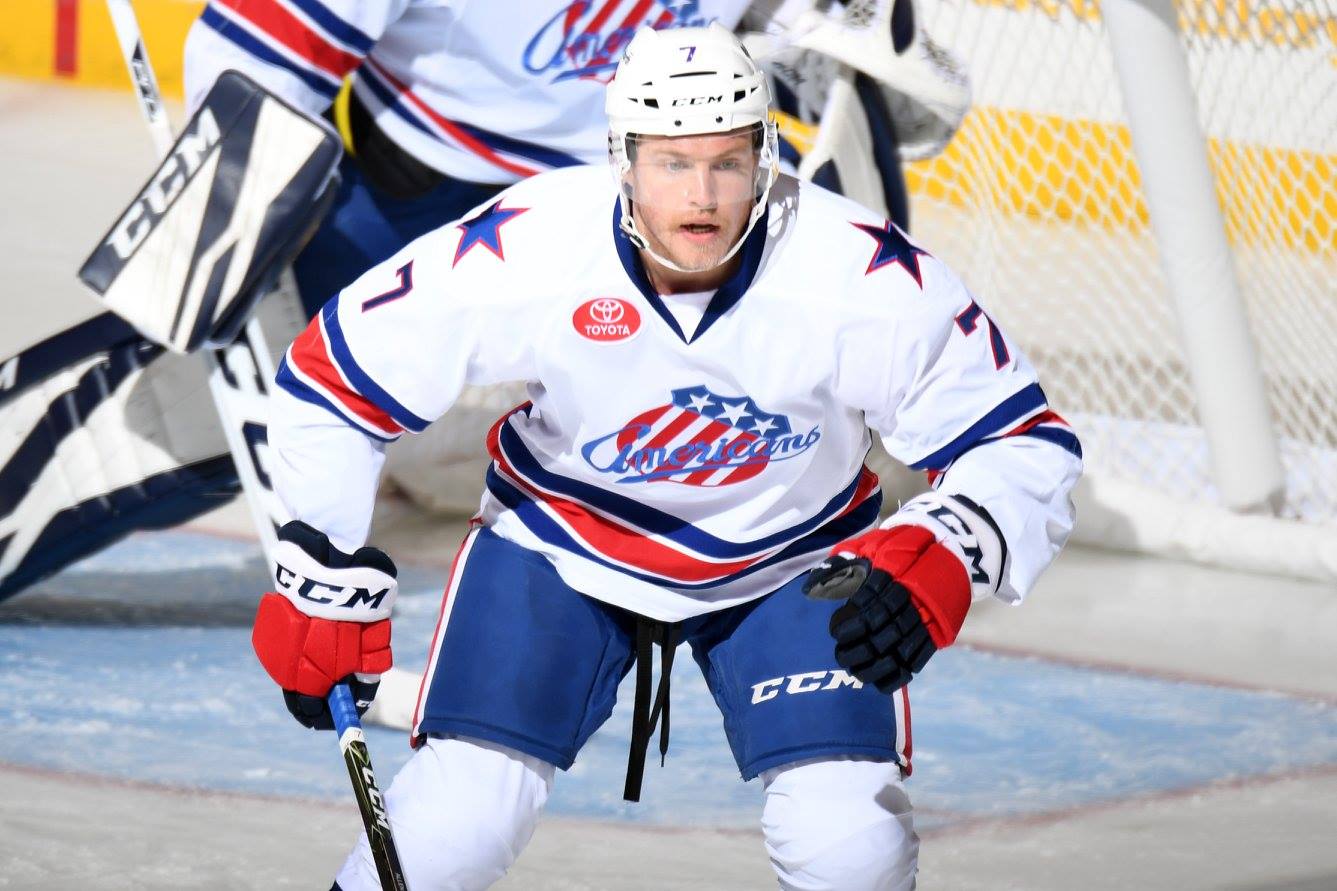 The Rochester Americans are down a defenseman, one who rarely played. Today theÂ Grizzlys Wolfsburg of the DEL in Germany announced that they used their final foreigner license of the season to sign Conor Allen. The Grizzlys have three games left in their season before starting the playoffs (source).

Allen was never really given the chance to play even as the team was short on defense relying on call ups from Cincinnati. He’s only played in five of the last 27 games and in only 17 games total this season. He had 1G+2A in those 17 games.

One of the reasons he hasn’t played and not often mentioned is because of the vet limit in the AHL. Those spots are being used by Zach Redmond, Taylor Fedun, Matt Tennyson, Seth Griffith, Kevin Porter and Nathan Paetsch. Teams are allowed five veterans (320+ games) plus one exempt player (less than 320 games). Griffith has that exempt spot.

“Unfortunately there were times we wanted to play him but we had too many veterans,” Chris Taylor said this morning after practice.

He played in 56 games last seasonÂ along with Kyle Criscuolo and Nathan Paetsch with the Grand Rapids Griffins who won the 2016/2017 Calder Cup Championship.

He’ll join another former Amerks played on that team, Kamil Kreps. Kreps was a part of the Florida Panthers organization and played in Rochester from the 2005/2006 season through 2007/2008.

“He was quite honest with us,” Chris Taylor added. “He came to us and there were no surprises so he did it the right way so I’m happy for him.”

He’s the second player this season to head overseas. Steve Moses took off for the KHL in late December. In that case, Moses didn’t tell anyone.