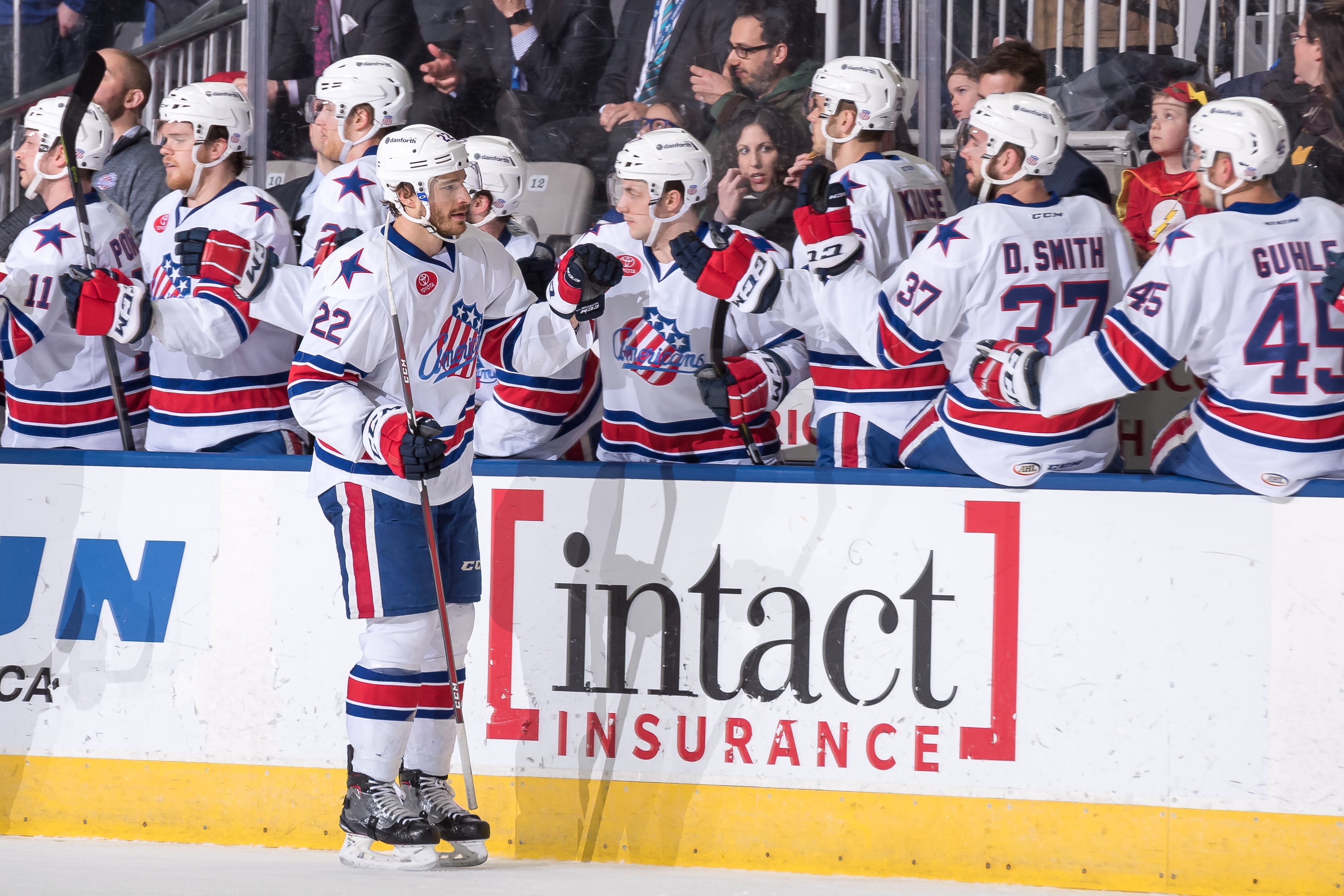 The Rochester Americans have two wins in their past three games against the number one team in the league, the Toronto Marlies. Embrace the moments as they happen.

After a rare Friday night off the Amerks rolled into Toronto, played 60 minutes of hockey and took off out of town with another road win. The Marlies certainly weren’t at their best but the Amerks were.

“Not very good,” is how Marlies coachÂ Sheldon Keefe answered a post game question about his overall thoughts on the game.

Linus UIlmark had 26 saves and finally beat the team he’s been wanting to for a while now. He’s a competitor that wants to get wins against the best teams and he put in the work on Saturday. The defense also helped him out as well limiting breakaways and opposing players standing all alone by the net.

Justin Bailey extended his streak of solid games with the opening goal at 7:58 of the first period. Colin Blackwell spotted him taking off down the middle of the ice and sent a perfect pass that resulted in a breakaway goal. Bailey finished the game with three shots on net and continues to build off of what he started last Friday.

The game winning goal was a blast by Zach Redmond at 16:12 of the first period on the power play for his 11th goal of the season and continues to have a career season.

That goal was only the second power play goal by the Amerks in 20 chances over seven games this season against the Marlies.

Down by two goals the Toronto Marlies pushed in the second period and had the Amerks playing on their heals trying to hold off the attack. This is where Linus Ullmark was at his best and they weathered the storm. In the second half of the second period the Amerks started to even things out and start to control the pace of play again like they did in the first.

Danny O’Regan scored his first goal as a Rochester American with 22 seconds left in the second period.

The goal was beautiful. He took the puck behind the night, came around the opposite side with his back turned protecting and controlling the puck, turned and sniped it bar down.

Up until this point O’Regan was on the ice but invisible. Wasn’t a liability but wasn’t doing anything either. That continued into the third period until he scored an empty net goal with 2:44 left in the third period.

Andreas Johnsson injected a little bit of life into the Marlies game scoring a goal 45 seconds into the third period on a give and go play that found the back of the net.

Rochester caught a break 6:46 into the third period when the refs waived off what probably should’ve been a goal. The Marlies poked away at the puck that found it’s way to the back of the net but the ref had blown the play dead.

The league’s second best penalty kill unit that belongs to the Amerks killed off a double minor by Andrew MacWilliam in the third period and that seemed to hand all of the momentum back to Rochester.

Danny O’Regan scored his second goal as a Rochester American with an empty netter after Andreas Johnsson misplayed the puck the puck and that finished the game.

Linus Ullmark was on his A game. The defense helped him out. The offense helped out on both ends.

Toronto wasn’t happy with how they played and they haven’t been playing well overall lately.

The Amerks managed to limit their mistakes, played start to finish and it paid off with a regulation win.

So what happens on Sunday? Do they carry this momentum or do they stink out the joint yet again at home?

Carrying the momentum is what this team needs.