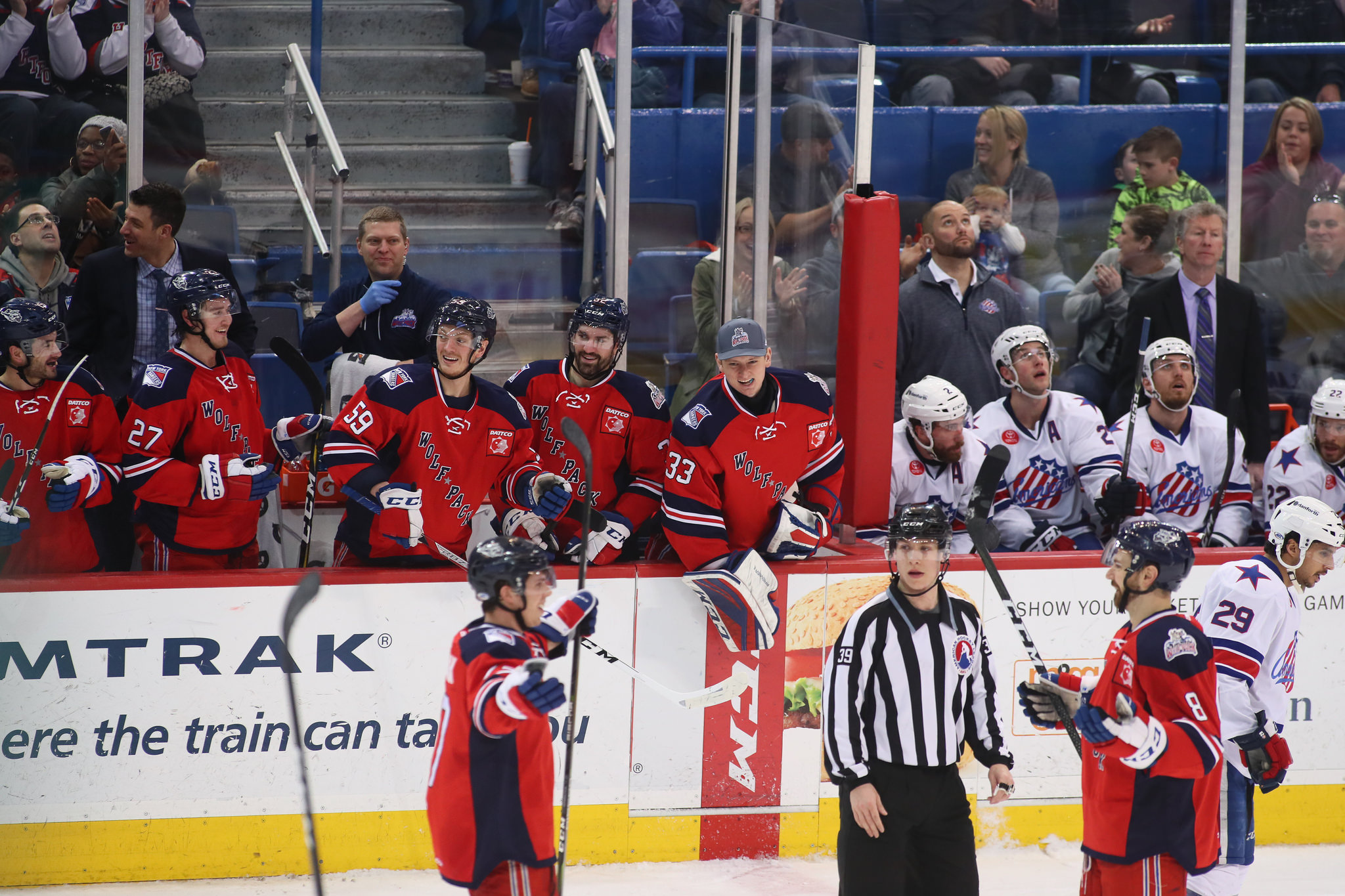 That was a bad road trip for the Rochester Americans. There’s no way to say anything positive about the team effort of this road trip.

On Thursday night they had a 4-0 lead after 23 minutes of play against Bridgeport. They lost 6-4. [ Game Recap ]

On Friday night they had a 3-2 lead after 43 minutes of play against Providence. They lost 5-3. [ Game Recap ]

They also gave up hat-tricks in each of those games. Travis St. Denis on Thursday,Â Austin Czarnik on Friday.

On Sunday evening they had two different leads in the game, including a two goal lead after 32 minutes of play. They lost 6-4.

A highlight of Sunday was CJ Smith scoring his pro hat-trick and Alexander Nylander earning quality assists on each one of them.

The first goal was off of a great pass from Nylander behind the net and CJ Smith with the quick shot scored. The second goal was a drop pass from Colin Blackwell carrying it into the zone and a laser of a shot from the face off circle. The third goal was a redirect off his rear end from a Matt Tennyson shot.

Arvin Atwal scored the other goal for the Amerks with a blast from the slot, assist to Garret Ross.

Highlight worthy goals that are great for individual efforts but meaningless in the third straight loss for a team trying to gain momentum heading into the playoffs.

Three games that started out with hope and we’re steady declines as the games went on into losses. One thing that didn’t help was bounces not going the Amerks way.

Amerks were up 3-1 when Danny O’Regan blocked a shot with his skate, Vinni Lettieri grabbed the loose puck and shot the puck before Johansson was able to slide over and get set.

Taylor Fedun attempted to block a shot with his hand by Hubert Labrie but instead the puck redirected down low and through the pads of Johansson. Game was tied 3-3.

The game winning goal is a goalies worst nightmare, scored from the red line. It’s happened to every goalie at some point in their career and is always a goal they’d like back (especially when it happens at the pro level).

Brenden Kotyk picked up a loose puck off aÂ Dan Catenacci face off win, dumped the puck in and Johansson appeared to think it was going wide. It went in the net. Wolf Pack went ahead 4-3 at that point at the end of the second period.

CJ Smith got a bounce of his own by scoring off his back end to complete the hat-trick. Matt Tennyson took the initial shot, CJ Smith turned and the puck went off of his back side and into the net. The game was tied with 7:58 left to play in the third period. 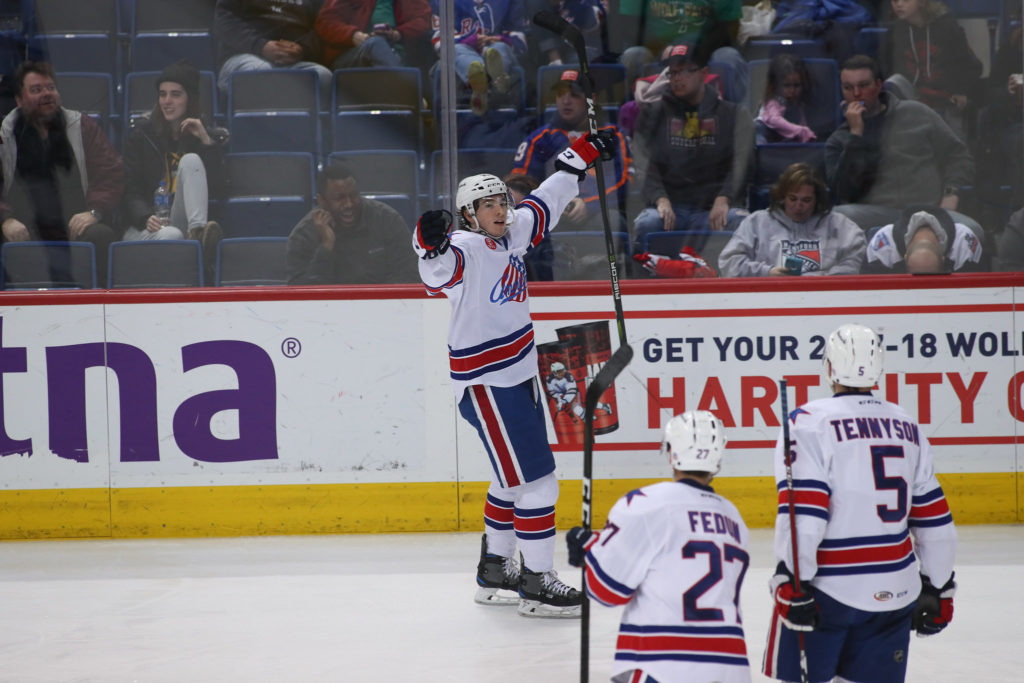 Dan Catenacci crashed the net to give the Wolf Pack a 5-4 lead with 3:31 left in the third andÂ Vinni Lettieri scored his second of the game into an empty net. Game over.

Two blocked shots with a bounce in favor of Hartford and a fluke goal. Take those away and it’s a different hockey game.

The Amerks had chances to win the game and take back the lead in the third period but in the 65th game of the season almost isn’t going to be close enough.

Justin Bailey was assigned to the Amerks for the game only for the purpose of serving his one game suspension.

Amerks lines at the start of the game on Sunday: