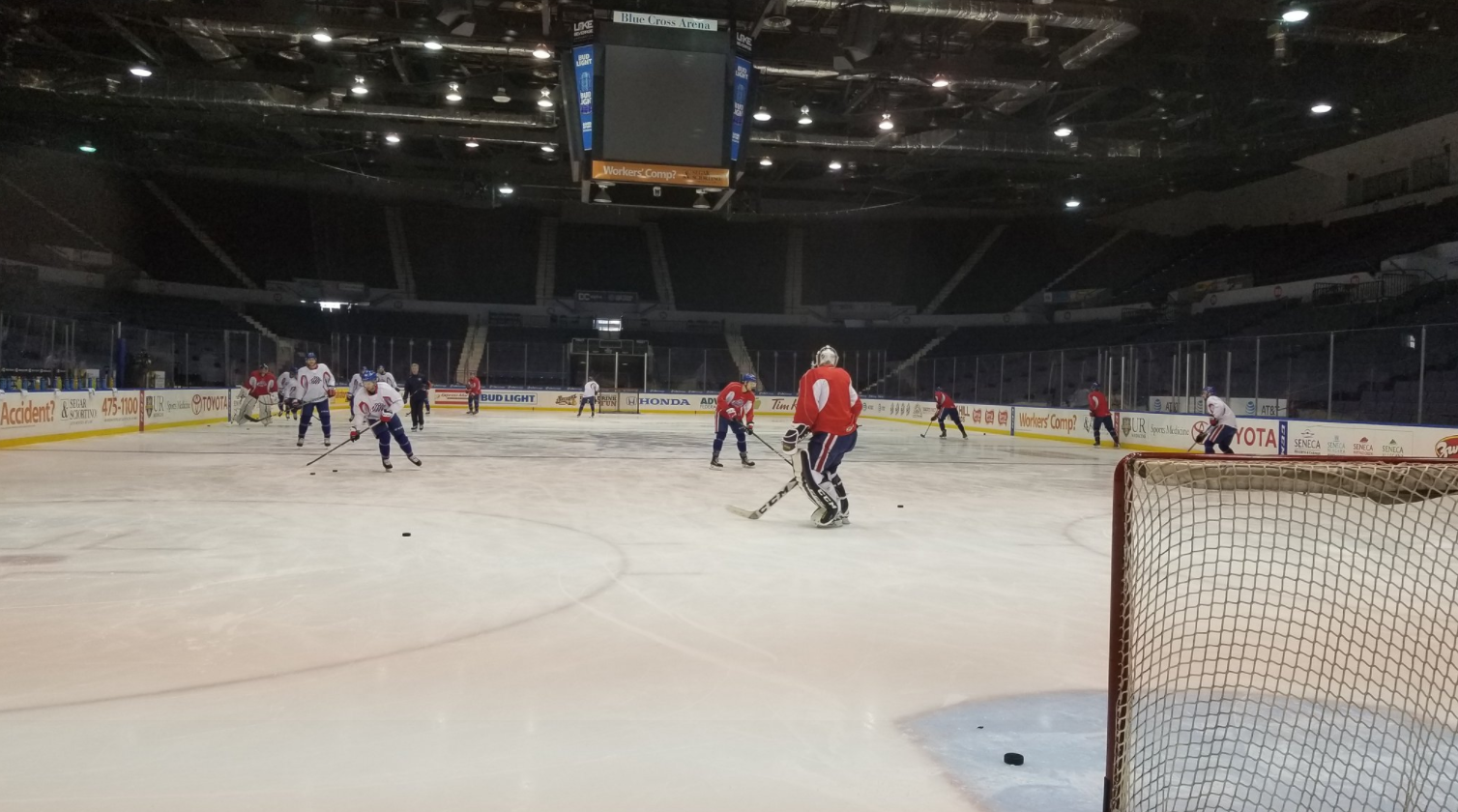 The Rochester Americans have three regular season games remaining before the playoffs, two of those games are against the Syracuse Crunch in what could be a preview of the first round of the playoffs. The Crunch have aÂ 5-1-1-1 series advantage this season. Rochester won the first two games of the season against Syracuse and also the last game in a 5-4 shootout. The five games in between were all tilted in favor of Syracuse.

Linus Ullmark will suit up in an Amerks uniform for the first time in a month, his last game with the Amerks was a 5-4 shootout win against Syracuse on March 11. He was called up to the Sabres, played in 4 games, recovered from a concussion and is ready to play.

There was some doubt this week with Jonas Johansson still around and sharing the net in practice but that’s in the past. Johansson packed his bags and is going to help Cincinnati in the playoffs in the chase to win a Kelly Cup. Getting back into the pace of a game is always a challenge for a goalie but there’s no doubt in the locker room that Ullmark is going to step in as if nothing ever happened.

Rochester’s defense is one that many teams would love to have: Brendan Guhle, Casey Nelson, Will Borgen, Zach Redmond, Andrew MacWilliam and Matt Tennyson. Borgen has played in five straight games and fit right in on the blue line.

Excellent chemistry and friendships in the locker room should result in renewed chemistry on the ice for players that have been out of the lineup for considerable time.Â Nelson (33 games), Baptiste (24 games – questionable for tonight) and Guhle (15 games) have all been with Buffalo and as mentioned above UIlmark has been gone for a month and hasn’t played in two weeks. Kyle Criscuolo missed 13 games as well after being injured in his first game with Buffalo. He returned for one Amerks game but will be out of the lineup for the second game in a row, still considered day to day.Â CJ Smith is expected to play tonight after missing the last 7 games with the return of a lower body injury.

That’s a lot of moving pieces to shuffle back into the lineup with the playoffs just over a week away.

Chris Taylor talked about the relentless game that Syracuse plays and they have to be ready for them tonight.

Rochester is currently in third place and two points ahead of Utica in the standings with each team having three games left in the regular season. Whoever lands in the 3rd place spot will play Syracuse. Utica has the tie breaker on Rochester.