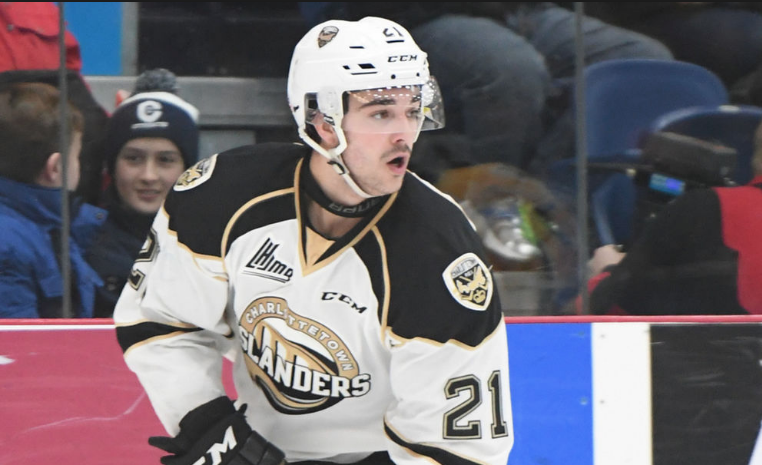 The Rochester Americans have signed the first new depth player for the 2018/2019 season, left winger Pascal Aquin. This will be his first pro contract after finishing his last season as an overage player in juniors. He’s an undrafted 6’1″ 205 pound physical forward.

The 20 year old played withÂ Charlottetown Islanders of the QMJHL and his 24 goals lead the team.Â He finished the season with 43 points which was third on the team. In 18 playoff games Aquin had 8G+6A. The Islanders were one win away from playing for the championship this season in the QMJHL.

Aquin told The Guardian in P.E.I., “I want to thank Rochester for giving me the chance. This wouldnâ€™t be happening without the help of my family, my teammates and my coaches and, for sure, my billets too. (They) were there supporting me for the past two seasons with the Charlottetown Islanders.”

Kevin Devine, Buffalo Sabres amateur scout, met with him over the weekend and the contract was signed. Aquin will be at development camp in June.

Gritty, hard working, a leader, can score, confident and has playoff experience – everything looked for in a depth player. Based on his fight card at hockeyfights.com he isn’t afraid to drop the gloves either.

Where does he likely fit into the 2018/2019 lineup? Sounds like a Garret Ross type of player.

And a few more links to learn about Aquin: