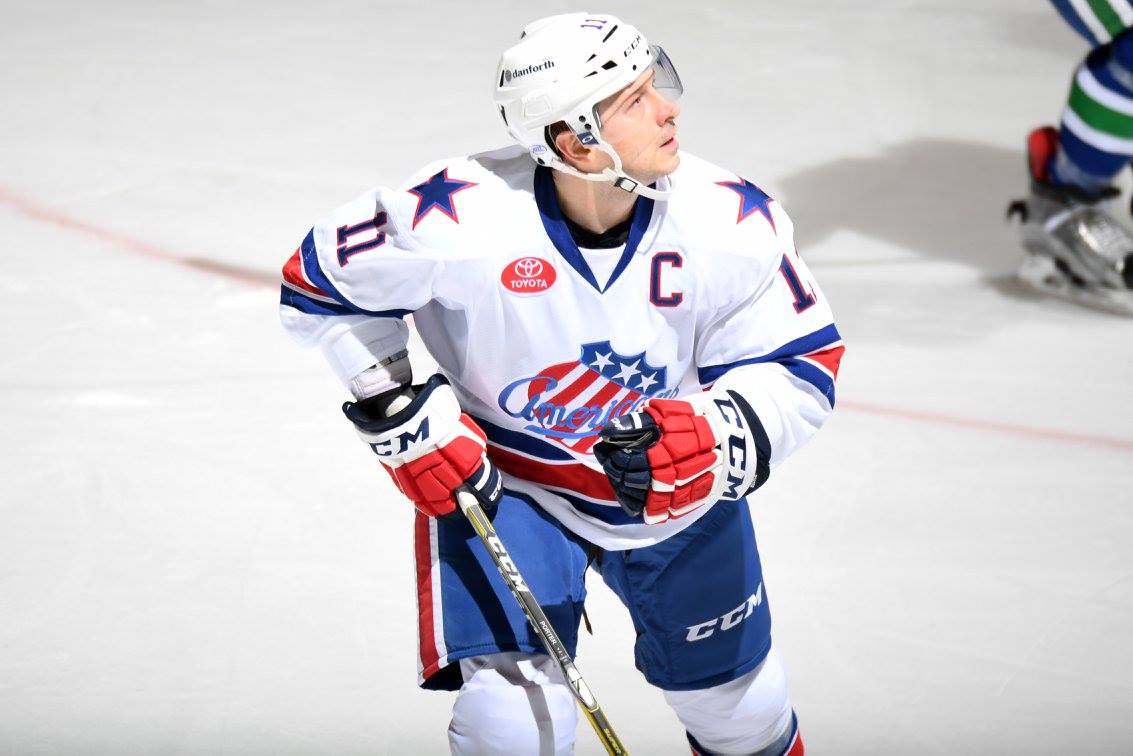 Training camp starts today for the Rochester Americans, fall weather has arrived and it’s time to go over the roster changes for the upcoming season. This list of players includes everyone who could play in Rochester this season. This is being published before the training camp roster is released so there’s likely to be changes today.

The list below includes two names that aren’t likely to play in Rochester but are listed because they’re eligible. Tage Thompson has been outstanding so far with the Sabres in the preseason. Casey Mittelstadt will start in the NHL but his preseason hasn’t been dominating, if he struggles would he benefit from time in Rochester? Rasmus Asplund has arrived in North America and is doing everything right. Once Sean Malone returns to health at the end of October he’s going to be making a push to get his name back in the ranks. Chances are Thompson or Mittelstadt will never skate in Rochester but with it being a long shot we’ll list it.

Six players will have to clear waivers to play in Rochester – Kevin Porter, Kyle Criscuolo, Justin Bailey, Nick Baptiste, Matt Tennyson and Taylor Fedun. Porter will be back for the first day of Amerks camp. Criscuolo, Tennyson and Fedun all seem like a lock to clear as well. Justin Bailey and Nick Baptiste appear to be the question marks. Will another team see something in them to make a claim? Will they spend another season in Rochester? Could a trade be in the works? All of those questions will be answered in the next week.

In net for Rochester will be Scott Wedgewood and the return of Adam Wilcox for a second season.

There’ll be more news to come next week once the Sabres trim the roster down.Â NHL teams have until 5pm on October 2 to submit opening day rosters. Once that happens we’ll go in for a full preview of what to expect this season at the different positions. There’s no doubt that the Rochester Americans should be a playoff team again and hopefully with better results.

The gone list includes everyone who played at least one game for the Amerks during the 2017/2018 season.

** Porter, Bailey, Baptiste, Criscuolo, Fedun and Tennyson will all have to clear waivers

New to the Organization

** Mittelstadt and Thompson are likely to be in Buffalo but as mentioned above listed because they’re eligible to play in Rochester.

On the list of new players, here is who we should expect to see in Rochester: Asplund, Randell, Simpson, Olgevie, Olofsson, Pilut and Hickey.

AHL teams can dress five veterans (having played 320 or more professional gamesÂ at the AHL levelÂ or higherÂ (ex. NHL, KHL, Europe Elite, etc.)Â and one exempt veteran (having played moreÂ thanÂ 260 professional games).Â Â Goalies are excluded from this list and playoff games do not count against the limit.Â Â You can also dress four exempt players and two veteransÂ (or 3+3, 2+4, etc.),Â just not more than five veterans.Â Â There is no limit on the number who can be on the roster… only the number who are in the lineup.

Just based on numbers alone these are the players already expected to start the season in Cincinnati.

[ Direct link to PDF ] — This is directly off of our roster pageÂ (best viewed on a computer). Once the season starts it’ll be updated to indicate who is where.