The fourth day of Amerks training camp just wrapped up, technically a game day skate, but still part of training camp. The bags were packed up, sticks tape and now the team prepares to travel to Buffalo tonight for their first preseason game against the Toronto Marlies. The lineup we’ll see tonight is missing a lot of parts, just like the Toronto Marlies, but it’ll be a great opportunity for some players to make an additional impression.

Amerks have three preseason games through Sunday. Tonight (Thursday) at HarborCenter vs Toronto, Saturday versus Toronto just outside of St Catherines and Sunday vs Syracuse at RIT.

On playing against division rivals right away Chris Taylor said, “It’s great to play them right off the start and to put in their minds that they can’t beat us. That’s what I want. I want our team just every time we play them that hey you’re not beating us. Goes with Syracuse on Sunday as well.”

CJ Smith addressed the game tonight saying, “Even though it’s preseason it’s still a good opportunity to set the tone for the season. Let them know how we’re going to play this year. It’s a pretty big rivalry between us and Toronto so we want to establish our habits early and let them know what we’re going to try and do this year.”

The preseason games will not be streamed anywhere. To see them or hear them you’ll have to be there.

CJ Smith, Kyle Criscuolo, Andrew Oglevie, Danny O’Regan and Jonas Johansson were assigned to Rochester on Wednesday. Four of the five were on the ice this morning. Kyle Criscuolo had to go through waivers and cleared as of 12pm.

Thursday morning another five were assigned: Scott Wedgewood, Will Borgen, Taylor Fedun, Rasmus Asplund and Victor Olofsson. Wedgewood and Fedun will have to go through waivers, they should clear on Friday at 12pm.

That’s what the focus has been on in Rochester since training camp started. Bump a guy like you’ll bump him in a game. Communicate. If you don’t talk in practice you’re not going to talk during a game. Crisp passes, hard shots. The essential basics.

“I just want to see what everybody is going to bring to the table in a different way,” Chris Taylor said on what he’s looking for tonight.

The message is clear – back in Buffalo tonight and even though guys are with the Rochester Americans all of the eyes from Buffalo will be on them again.

“There’s no one set in stone, I don’t have a roster at all that I think is going to be opening night. These three games will tell me,” Chris Taylor said. “I don’t care if you’ve played 12 years in this league, 13 or second year. We expect and demand that the passion for the game and what we’re willing to do for this organization is going to be in these three games.”

After a month of watching top draft picks at the Prospects Challenge followed by NHL preseason games it’ll be a slight change tonight. AHL preseason lineups are often filled with a mix of a few NHL prospects, ECHL players and a couple of AHL veterans.

Kevin Porter said his message to the team is to just play your game. “If you’re a skilled forward make plays. If you’re a guy that works hard and hits and plays the body than do that. Work hard, that’s the most important thing.”

He added, “It’s going to be pretty sloppy out there, if you work hard that’s all you can control.”

The season hasn’t started and injuries are already a factor. Sean Malone was hurt on September 17 and is expected to return at the end of October. For those who follow along on Twitter you may have read that Zach Redmond missed a day of camp but there’s no concern there.

In Buffalo, Johan Larsson left the game early on September 26 and Zack Bogosian is considered day to day. With a week to go before the season starts if those guys are out of the lineup it means two less players being assigned to Rochester.

The depth of players is good enough that there shouldn’t be a big impact but it’s still has an effect.

No guarantee that this is how they’ll skate in the game tonight but here’s the pairings from practice:

Olglevie was an extra jumping in.

Knodel, Redmond and Houser were the extra’s that stayed out longer.

In case you’ve missed it the AHL has finally scrapped AHL Live and teamed up with HockeyTV to provide a new streaming service. Here’s all of the details. One of the new features is the camera views that will be available. They’re not using the basic scoreboard feed from arena’s anymore and have installed new cameras for the service. Here’s what it looks like on the back wall of the arena: 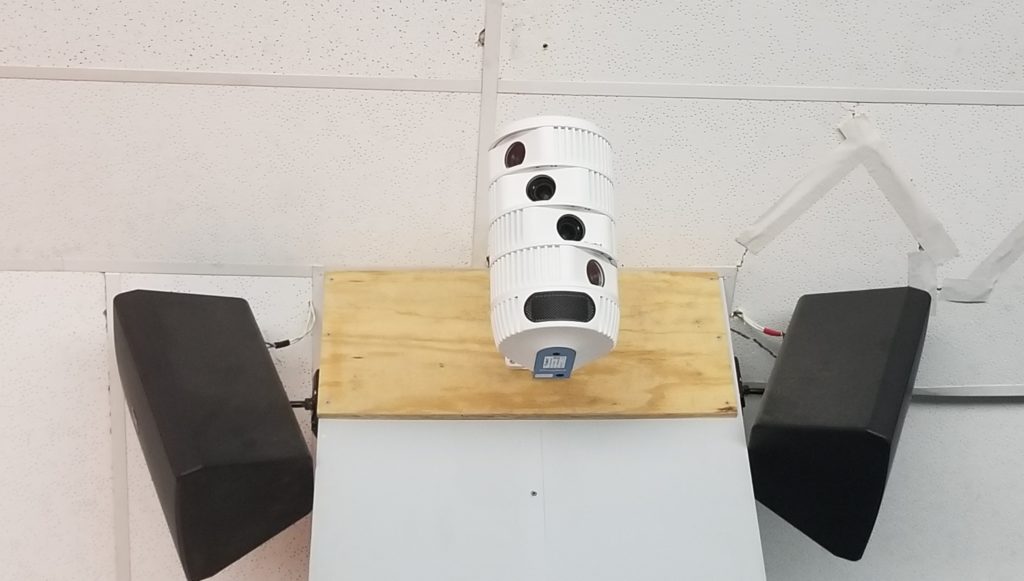