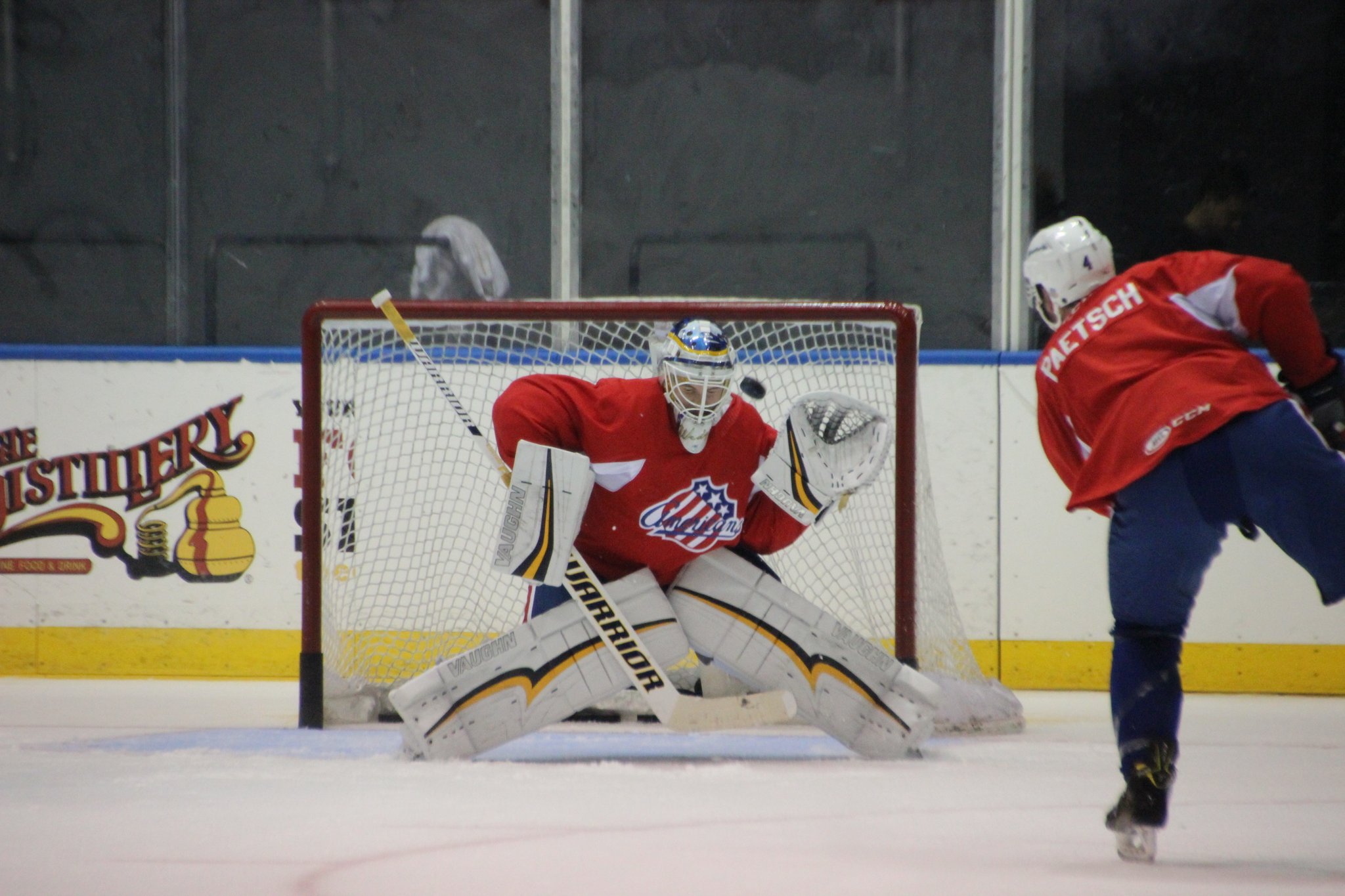 The first week of Rochester Americans training camp is completed and they’re undefeated after a preseason win against Toronto. Everyone is anxious for the season to start. It’s been a long month for players and coaches who started in Buffalo at the Prospects Challenge.

They had four approximate 90 minute practices this week that were a grind but a sign the season is a week away. On paper this Rochester Americans team is stacked and expected to be competitive in a tough North Division. Everyone makes crisp passes in practice, everyone skates hard and fast in practice. It’s too early to start analyzing the way anyone may perform after a week of training camp. The coaching staff has been happy with the pace and if they weren’t they would’ve expressed it loud and clear.

Three players expected to have a big impact this season skated for the first time in Rochester – Goalie Scott Wedgewood along with forwards Rasmus Asplund and Victor Olofsson. Wedgewood has a big role to fill after three seasons of Linus Ullmark. Asplund and Olofsson are skilled mature players that should be elite AHL players.

Simpson, Asplund and Olofsson are skating together. Future line? pic.twitter.com/CSeACYfF0e

In case you missed it earlier in the week..

Amerks Plan to be Tougher, Grittier and Win a Calder Cup

The first of three presesaon games was played on Thursday night at HarborCenter in Buffalo. Down 2-1 going into the third period the Amerks turned on their game, scored three goals and finished the night with a 4-2 win.

hmm… sounds like last season! Can’t dig into that too much after the first preseason game with a shell of what the team will be.

“I thought it was a little bit of a slow start, but I liked how they picked it up as the game went on,” said second-year head coachÂ Chris Taylor. â€œIn the third period, we did a lot of great things and I really liked our compete tonight. Guys were physical and getting around the net.”

Alex Wideman wasn’t at practice, didn’t have a chance to inquire as to the reason.

Cincinnati Cyclones open training camp next week so we should expect some player moves by the end of the weekend. NHL rosters have to be trimmed by Tuesday October 2 at 5pm which will send some additional players to Rochester as well.

Players still in Buffalo that could be on the bubble to be sent down: Brandon Hickey, Brendan Guhle, Lawrence Pilut, Matt Tennyson, Nick Baptiste, Justin Bailey and Alex Nylander.

And for those that don’t follow along on Twitter, here’s the new scoreboard that was lowered from the ceiling.

And on day 5 the new Daktronics scoreboard was lowered from the rafters! pic.twitter.com/z9DcXCBH00