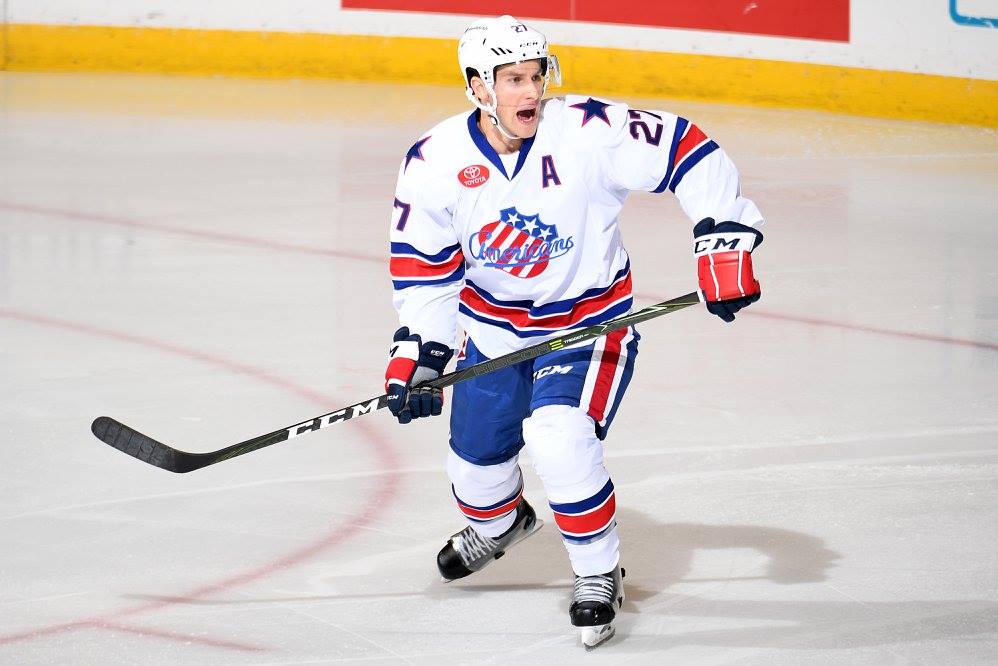 A day off for the Amerks has turned into a day of packing for Taylor Fedun. The Buffalo Sabres traded Fedun on Saturday afternoon to the Dallas Stars for aÂ conditional seventh-round pick in the 2020 NHL draft. If Fedun plays in at least 25 games with the Dallas Stars (regular season or playoffs) this season the pick is transferred. If he does not play in at least 25 games there’s no pick transferred.

With an abundance of defenseman in Rochester it was only a matter of time before the organization was able to make a move. The Sabres also clear an NHL contract and go from 49 to 48.Â Fedun has been a reliable defenseman and leader in the locker room and is set to become a free agent at the end of the season. Possibly something for someone that was going to be leaving the organization at the end of the season.

We’ll have to wait to hear comments from Jason Botterill but sounds like they cleared an NHL contract and have given Fedun a fresh start instead of battling for playing time on a crowded blue line.

Fedun was into his third season in the organization and played 83 games with Rochester (8G+36A) and 34 games with Buffalo (8A). He has played in nine of the 14 games so far this season with Rochester.

The blue line in Rochester is dominated with playing time from Zach Redmond, Lawrence Pilut, Will Borgen, Andrew MacWilliam and Brendan Guhle. They still have Brandon Hickey, Jack Dougherty, Matt Tennyson and Nathan Paetsch looking for playing time as well. This is a trade that opens things up, gains Buffalo a draft pick and doesn’t hurt the Amerks.

His last big play for the Amerks will be known as a memorable one.

The last big play for Fedun as an #Amerks defenseman will be a memorable one. He sent the long pass that lead Nylanders first scrum and Oglevies first professional goal. pic.twitter.com/oSFAIBrO2Z