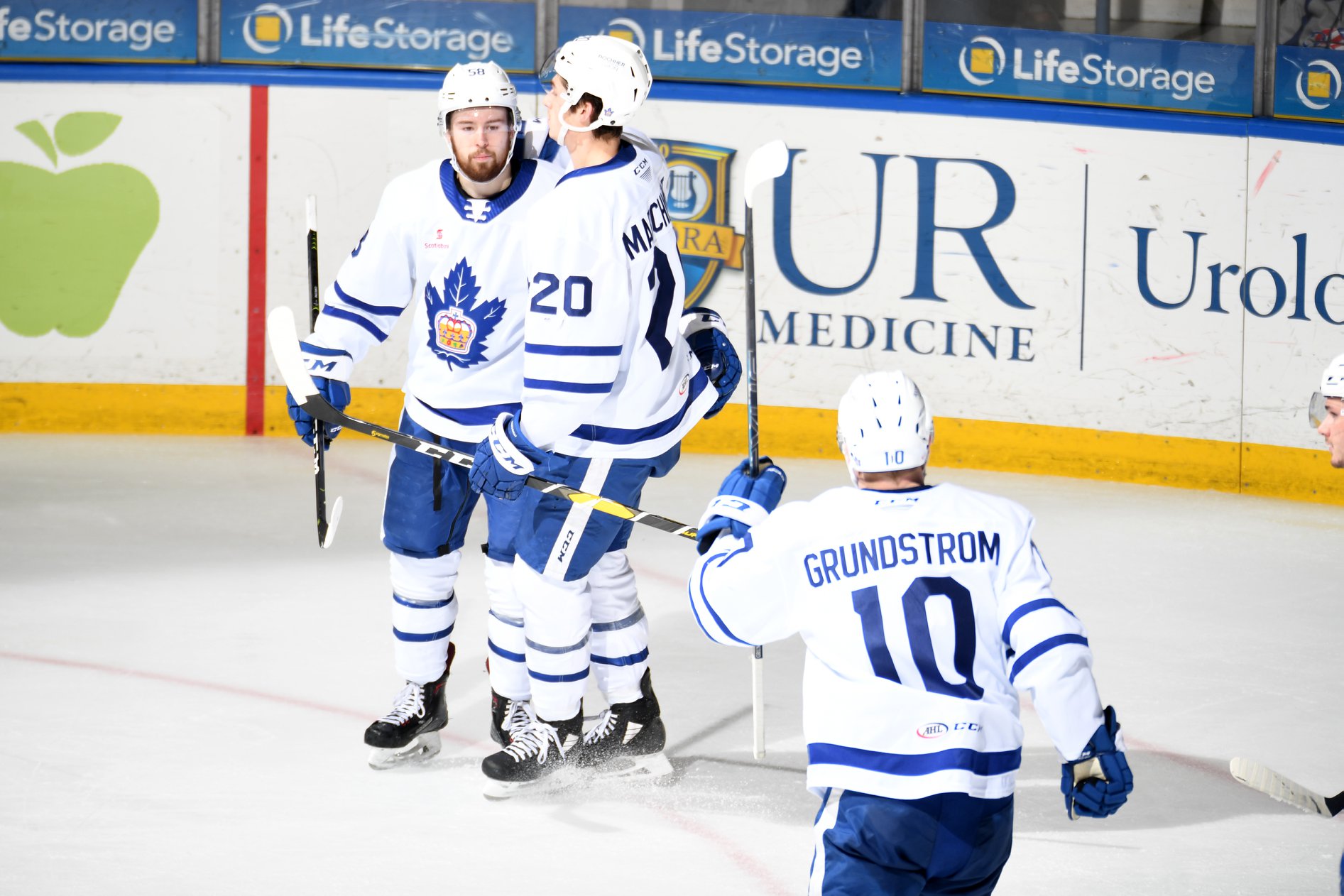 There’s a general consensus that a crowd of over 8,000 people inside the War Memorial for an Amerks home games is going to result in a losing hockey game for the home team. I don’t have the exact numbers of wins and losses compared to crowd size but it’s something everyone is aware of. The official attendance count was 8,326.

“Feels like we don’t play well when we have a lot of people and that’s the disappointing part,” Chris Taylor said after the game when asked if they feel pressure with big crowds. He added, “It’s something we have to fix. Something I don’t have the answer for.”

A buzz was building as the puck dropped with every section near capacity, only the upper sections of the Broad St side were empty, but when the team went through the first 14 minutes of the first period without a shot that excitement vanished.

Will Borgen had the best scoring chance late in the first period as he was down low fighting for the puck. He pulled the puck back on his stick, around Marlies goalie Eamon McAdam, and with a wide open net he put the puck just wide.

“In the first period I thought we came out pretty good, we had a lot of good chances,” Chris Taylor said when asked about the game. “A couple of missed opportunities to get up on them. Obviously the five on three, that hurt. Then just a couple missed assignments there at the end and then we just couldn’t find fight back. Especially After they got that fourth goal we didn’t have anything left which is disappointing especially against a team that’s right behind us.”

With the game still tied 1-1 late in the second period the Marlies had a five on three power play with both Brendan Guhle and Andrew MacWilliam in the penalty box. As Guhle was getting back into the play out of the penalty box the Marlies found the back of the net with a goal by Mason Marchment. They killed off the remaining 10 seconds of the penalty to MacWilliam but the damage was done.

Alex Nylander scored the only goal of the game for the Amerks as he stood in front of the net redirecting a shot by Danny O’Regan. A great goal at the time but as the game went on it became meaningless for anything other than the stat sheet.

Scott Wedgewood finished the game with 17 saves but the game could have easily been seven or eight to one without some of his saves. Sometimes a goalie is an indirect reason for a bad loss but that wasn’t the case on Friday night. He had a team that played poor defensively in front of him.

Kevin Porter and Scott Wilson played in their first games since returning from injuries with very little to write about. Wilson said that he felt better than he expected after a long time off but his timing was off which is to be expected.

The team departed on a bus for Toronto after the game and the two teams play again Saturday afternoon at 4pm. A Marlies win would get them within a point of the first place Amerks and tighten up the North Division.

Here’s the highlights to see in more detail how the goals against were scored:

1 thought on “A Big Crowd Showed Up, the Amerks Didn’t”