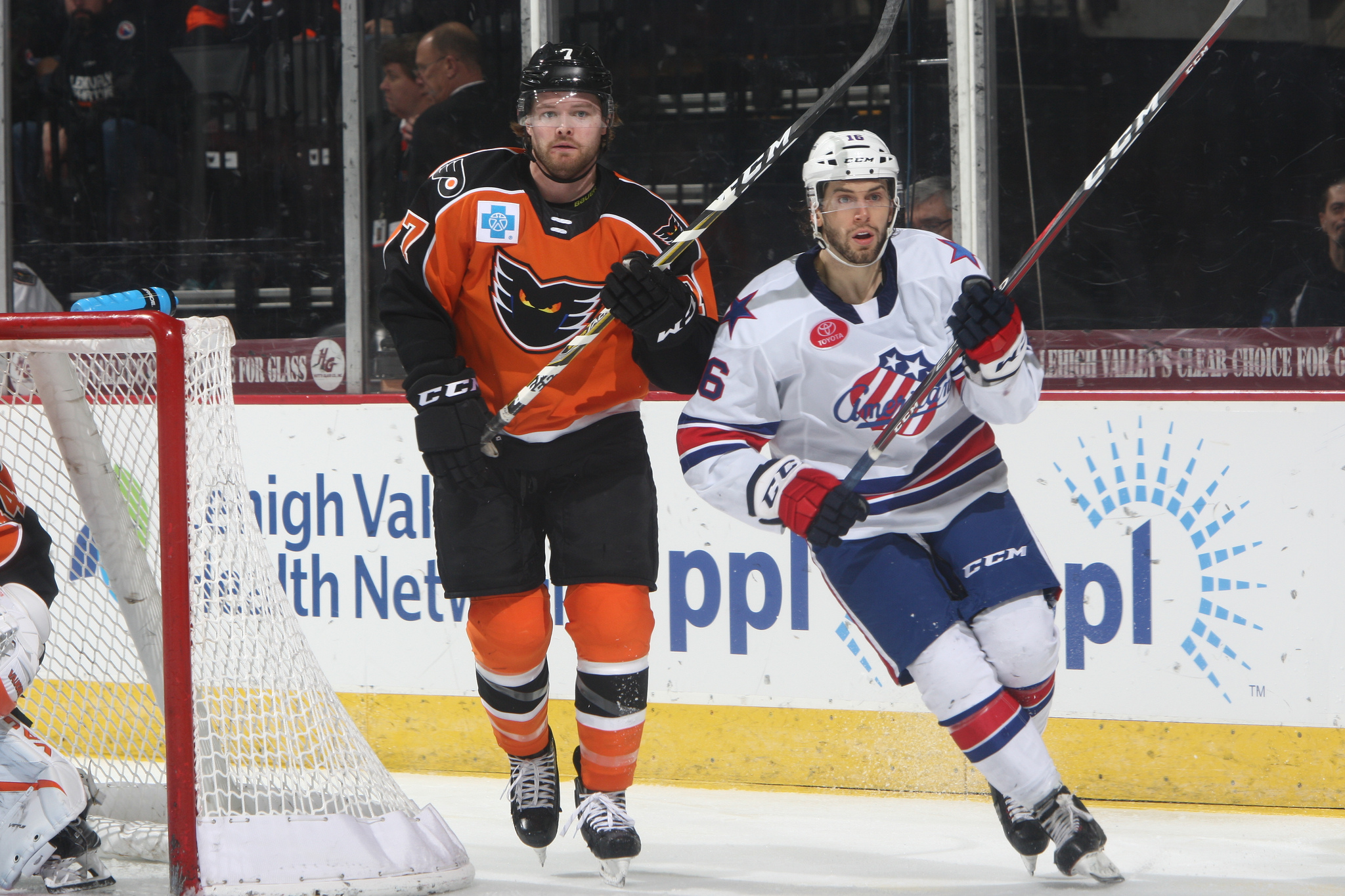 Alex Nylander talked about the trade after practice saying, “We were actually with each other when it happened so it was really weird and it was a surprise. This is what happens in hockey and especially with him being my roommate it was tough. I wish him the best of luck there and I’m going to miss him.”

Newly acquired Taylor Leier found out while he was laying in bed in his hotel room after going out to dinner with some now former teammates.

“I was shocked. It definitely got the head going a little bit before bed,” Leier said. “I talked to a bunch of the management from the Sabres and Flyers and my head was spinning for about 24 to 48 hours. It’s definitely exciting to experience something new and a new challenge. I really want to prove myself in a new organization. I was with the Flyers for five years which is a long time. If you include the draft it was seven years.”

Similar to Leier, Bailey had also been with one organization from being drafted to getting traded. Chris Taylor had known Bailey well as an assistant coach starting in Bailey’s rookie season. “I had him for five or six years in this organization. Great kid. He means a lot to me and I always want him to be the best in who he can be. I’m happy for him that hes getting a change. I think he needed a change. Guys are going to miss him but we have Taylor now, another great guy.”

The first game in an Amerks uniform was against his former team.

“I checked the schedule right away and I saw a game against the Phantoms right away in Allentown and I was like you got to be kidding me, what are the chances,” Leier said. “And it was my first game!”

“It was so weird but it was good. It’s too bad we didn’t pull out the win in the shootout but I thought we played well. We put up 50 shots against them and we should have won that game but their goalie played good, that’s the way it goes sometimes in hockey.”

Early in the third period Leier and Bailey would have a run in near center ice. Leier picked the puck off a Phantoms player, turned, and there was Bailey. “He hit me sort of awkwardly. It surprisingly didn’t hurt, obviously good that no one got hurt. It’s funny how that works out.”

A standard question is to ask the coach what he knows and the player to describe his play.

Chris Taylor said, “He’s a gritty player. You can tell that he’s a guy that goes hard to the hard areas and he wants to have the puck on his stick. He goes out there and there’s not too much laughing or anything, he’s serious about what he wants to do and how he wants to practice. You can tell he’s motivated and he’s very happy with the change for him. I think it will be good for both players.”

Leier described his style of play saying, “I’m not the biggest guy but I probably have one of the biggest hearts out there. I don’t think you’ll see me take a lot of shifts off. I’m fast, tenacious, and I like to play well in all areas of the game. I don’t like leaving one part of the game out. I think to be a good player in these leagues you have to be a complete player and I kind of pride myself in doing my best in all three zones. I’ll give my all in the defensive zone just as much as in the offensive zone.”

The trade came as a surprise but for the majority of athletes they know in the back of their head a trade is always a possibility. Leier said, “It’s a winning business, people want to win.”

“The Flyers have made a lot of moves within their organization personnel wise and player wise this year so I think all the guys were on their toes. A lot of us figured something was coming and i was one of the ones who was one of the changes. It’s exciting and I’m very excited to be here.”

The two players traded have similar stats this season which makes this a classic change of scenery trade. [ more on stats in this trade article ]

Joining the roster of a first place team is a good start in a new situation. Leier said, “As soon as I found where the two teams were in the standings I was excited. Buffalo is on the edge and Rochester is first in the division. It’s exciting, everyone wants to be a party of a winning team.”

The next step to a new situation is getting to know everyone. Recently when Scott Wilson was assigned to the Amerks he immediately knew Kevin Porter.

Leier looked at the roster and asked himself if he knew anyone. On the Amerks roster he knows of Dalton Smith from playing 11 games with him at the end of the 2015/2016 season. He also played in the 2014 World Juniors tournament with Sam Reinhart.

The years spent in Allentown will have a lasting impression on Leier.

“They supported me so much. The video was pretty special and I’m kind of humbled by it. They’re a great organization. The Brooks Brothers do a great job of running that team and the fans really appreciate the players when they play hard for them at home.”

The Amerks can use some help playing at home and Leier is ready for the challenge.

In case you missed it, here’s highlights of nine of the 10 goals Leier has scored this season.

Taylor Leier has 10 goals this season, I found clips of 9 of them. Here's a glimpse of what we could see of him in an #Amerks uniform.

For more on the trade between the #Sabres and #Flyers click on through: https://t.co/MdoF49Nb9A pic.twitter.com/KdwYRfhdxu