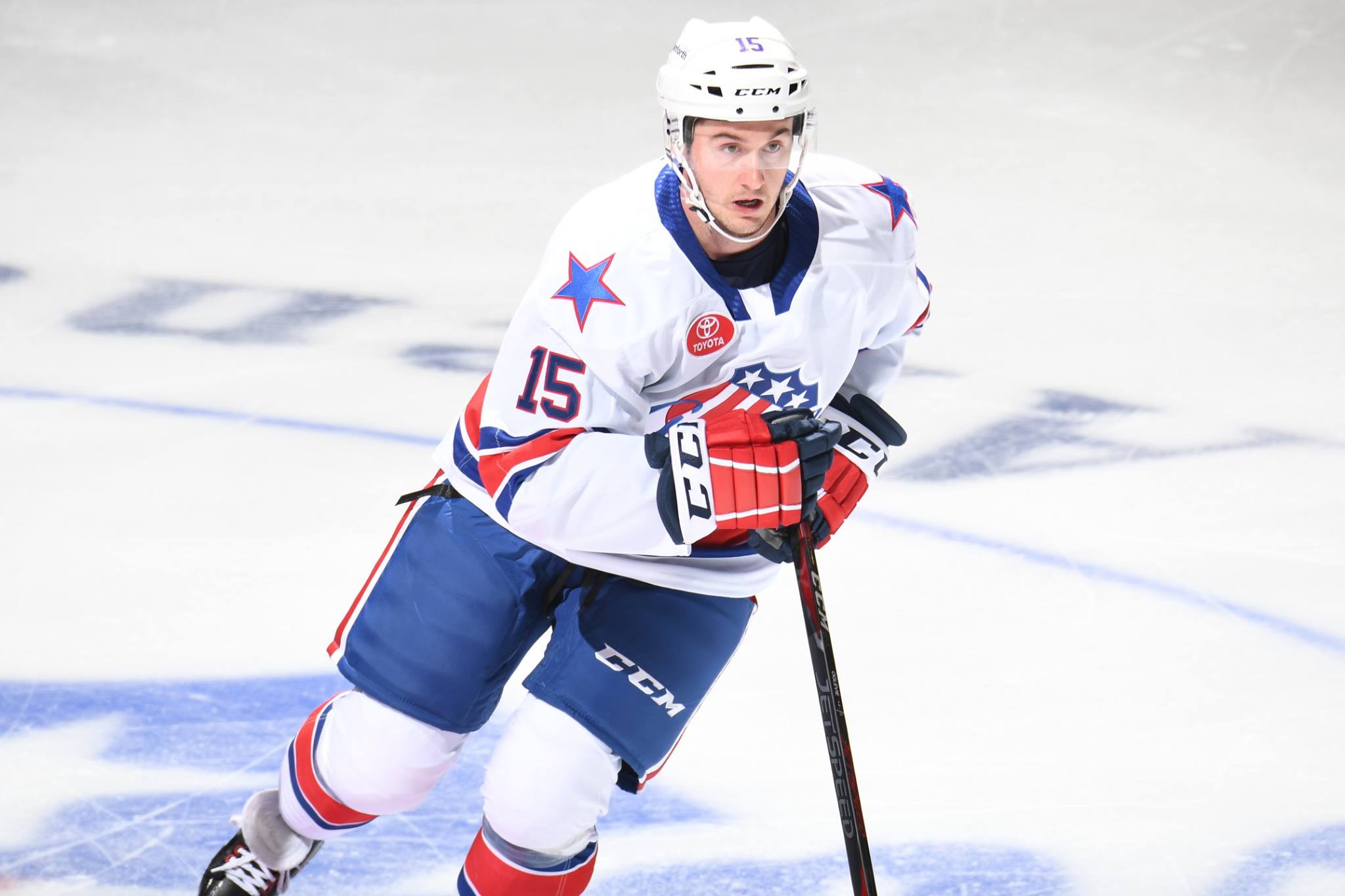 The Rochester Americans will have Andrew Oglevie back in the lineup tonight after missing the last 29 games due to his second concussion of the season. Oglevie has only played 14 games this season, the last of which was on November 30th. He has one point this season from a goal scored against the Syracuse Crunch in a 3-2 win back on November 9th.

He returned to team practice almost two weeks ago in a non contact jersey but quickly shed that after being fully cleared by the training staff.

Oglevie signed an entry level deal with the Buffalo Sabres as an undrafted player after leading Notre Dame in back to back to seasons in goals scored. He finished his three seasons at Notre Dame with 89 points (41G+48A) in 107 games.Â The start of this season didn’t equate to putting up points like he did in college but he’ll get a fresh start tonight.

“Anytime you’re in an injury for that long time it’s tough to get started. We expect him to just get his bearings back again. The first period is going to be tough for him,” Chris Taylor said when asked if this is like starting the season over again. “It’s not going to be easy especially playing against a team like Syracuse that plays hard, is always in your face, and on top of you. He’s not going to have a lot of room out there to get adjusted. It’s going to come quick at him right off the bat but we have to be patient with him.”

“In a way yea, I didn’t get to play a lot of games to start the season as it was,” Oglevie said when also asked if this is like starting the season over. “I’m going to take it one game at a time and look at it as the next chapter of this season.”

This has been the longest he’s ever been out of a lineup due to an injury and when it’s returning from aÂ concussion it can be even tougher. There’s the mental and physical aspect to all of it. One of the hardest things he said in coming back was just getting into hockey shape after so much time off due to the nature of the injury. Oglevie also said, “A lot of hard work behind some closed doors and I credit the training staff and coaches for being there for me and all my teammates as well. I’m ready to go now and everyone’s excited.”

Rochester was 13-5-2-0 when Oglevie last played in a game. The team is currently 29-15-3-2. They’ve remained in first place during that time and are heading into the most challenging part of the season against divisional teams right on their heels.

Oglevie has been a student watching the team and asked what he thinks he said, “I think we have a really mature and just a solid group overall. I think the depth of our team speaks for itself and I’m glad I can get back in and help contribute in any way I can.”

“I’m going in and try to go get my bumps early, get the puck on my stick and do something,” Oglevie said. “Dive heard first into it, no holding back.”

Well, let’s hold off on going head first at this time.

Alex Nylander, Kyle Criscuolo, Zach Redmond, and Sean Malone remain on the injured list with all four possibly back next week. The only player that wasn’t skating with the team at some point this week was Criscuolo.

The goal that Oglevie did score was highlight worthy. Taylor Fedun sent a long pass down ice to Alex Nylander on a breakaway. As Nylander crashed into the Crunch goalie the puck was picked up by Oglevie and shot into the net.

Here's another view of the #Amerks goal scored by Oglevie. Refs had told Syracuse that it couldn't be reviewed. Ok. We'll take it. pic.twitter.com/JNwoD56y7I

Oglevie also scored a preseason goal against Columbus with an assist to Scott Wilson.

If you don’t have a ticket to the game tonight you can get a free ticket at the box office if you show the heart on your ID as an organ donor. It’s as simple as showing your ID at the box office and they’ll print out a ticket for you. If you sign up at the game to be an organ donor you’ll receive twoÂ complimentary ticket vouchers to any remaining 2018-19 regular-season Amerks home game. 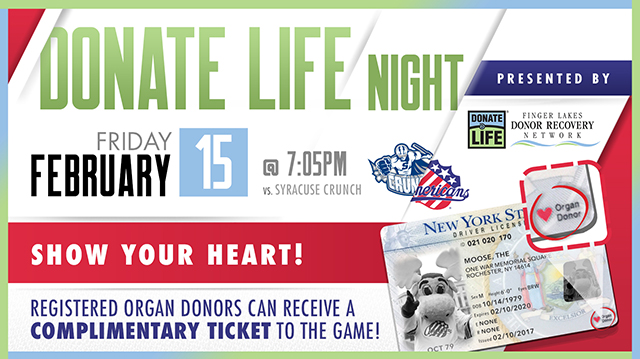