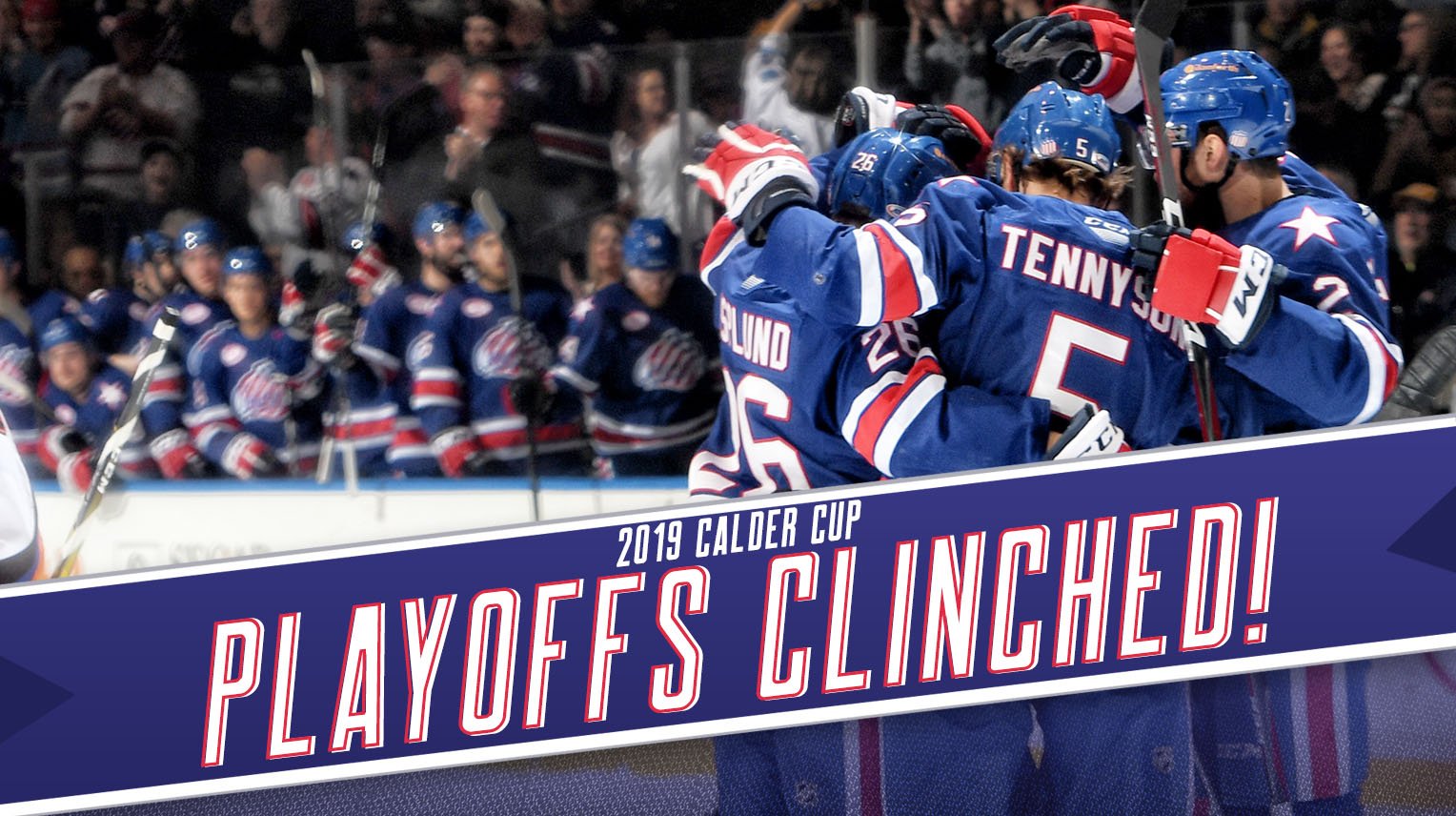 It’s official, the Rochester Americans have clinched their spot in the 2019 American League Calder Cup Playoffs! They’re the fifth team to clinch a spot and an opportunity to win the seventh Calder Cup in team history.

After sitting in first place of the North Division and third overall in the league for a majority of the season it would’ve been a collapse of epic proportions if the team did not make the playoffs. It was only a matter of when, not if, they would officially clinch. That happened on Saturday night when with a comeback win in Binghamton.

There were three clinching scenarios:

Belleville won. Cleveland lost in overtime. The Amerks were down 3-2 in Binghamton and controller their own destiny. Four goals scored in the third period completed the comeback and clinched a spot in the playoffs. Goals in the third period were scored by CJ Smith, Remi Elie, Eric Cornel, and Nathan Paetsch. Tage Thompson and CJ Smith scored the other two goals.

With their 43rd win of the season it moves this current team into a tie for 14th in franchise history for wins in a season with six games remaining in the regular season. Four of the Amerks six Calder Cups have been won with 46 or more wins during the regular season.

The first round of the 2019 Calder Cup Playoffs is likely to start on Friday April 19th. Round 1 of the playoffs is a best of five series and all remaining rounds are best of seven.

Playoff tickets go on sale Friday April 5th at 10am.

Tell your family, friends, neighbors, coworkers, and everyone else. Pack the barn!

Here’s the scoring from the playoff clinching game:

Another view of the goal. Standard place to hang out, used his size, blocked the pass, scored. 3rd goal in 2 games for Tage. pic.twitter.com/nRr8SLE80M

Another look at the Elie goal. Casey Fitzgerald got his first pro point with an assist! pic.twitter.com/hY98jaabED