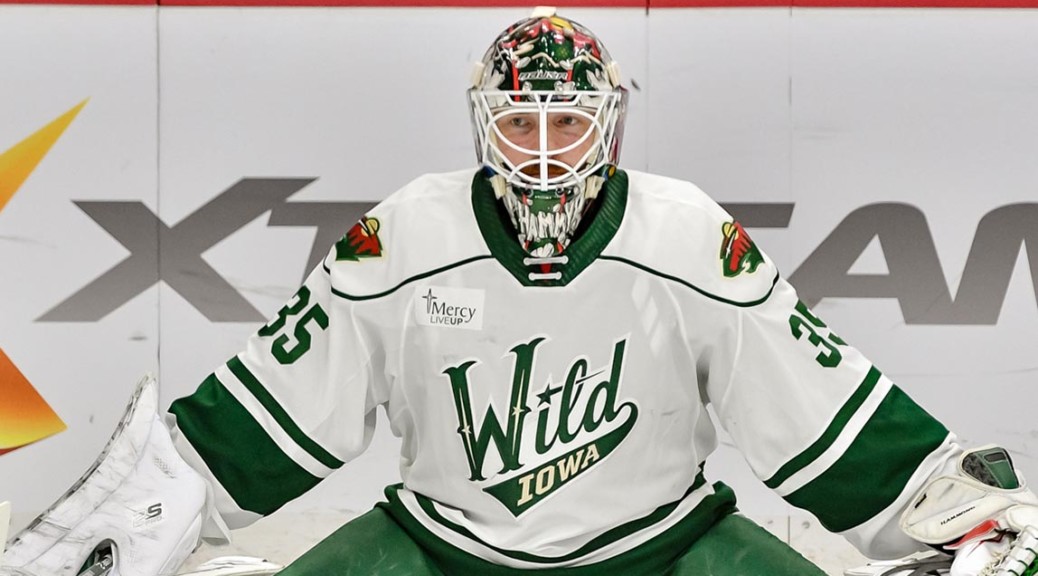 One of the biggest needs for the Buffalo Sabres at the start of free agency was signing a goalie for the organization and the pool wasn’t very deep this season. They made that signing within the first 30 minutes by signing Andrew Hammond to a one-year one-way contract for the 2019/2020 season. He’ll earn $700k whether he’s in Rochester or Buffalo.

Hammond made a name for himself when he became first goalie in NHL history to earn 21 wins in first 27 games with 20 of those in his first season with Ottawa.

The Sabres were in need of a number three goalie to not only lead Rochester but also be capable of filling in on the Sabres roster if there was a need to replace Carter Hutton or Linus Ullmark. Hammond will likely start the season in Rochester along with Jonas Johansson. Ukko-Pekka Luukkonen had off season hip surgery and isn’t expected to be healthy until November.

Jason Botterill was asked on a conference call about Hammond and he said, “Well, we talked about it at the draft, that going into the talking period, this was something that we really wanted to focus in on and make sure we covered ourselves there. Andrew, you look at his past success in the American Hockey league, and whenever heâ€™s gone up to the National Hockey League [heâ€™s] also had success. Itâ€™s allowed us to get more strength throughout our organization in case we do run into injuries and just gave us more depth. Weâ€™re obviously very excited about our young goaltending in both (Ukko-Pekka) Luukkonen and Jonas (Johansson). But both of them have had injury issues, and so we felt we wanted to make sure that they werenâ€™t the ones in the position where we had to push them into action and especially push them into NHL games. Andrew certainly gives us depth at that position and weâ€™re very happy to have him as a part of our organization.”

It was clear the team had decided to move on from Scott Wedgewood and in a summer with limited options we’ll have an upgrade in Hammond. Scott Wedgewood has signed with Tampa Bay which means the Amerks will play him often when he’s in Syracuse.

Hammond had this award winning moment during the playoffs last season. The Wild lost in the second round to the Chicago Wolves.

Give Andrew Hammond an award for this. Ref called goalie interference. Figure that one out! And then his team scored a PP goal. pic.twitter.com/TdxuJ6bz5m

Buffalo also signed Curtis Lazar who is a former teammate of Hammond in Ottawa. Lazar had a classic moment in 2015 when he picked up a hamburger thrown onto the ice and took a bite out of it.

#Amerks corporate sales team must be PUMPED about getting the Hamburglar and Curtis Lazar next season #Sabres pic.twitter.com/8dnhiOuqVZ

In addition to his time in the NHL, Hammond has appeared in 132 AHL contests for the Binghamton Senators, Belleville Senators, San Antonio Rampage and Iowa Wild. The Surrey, British Columbia native has a 62-55-6 career AHL record.