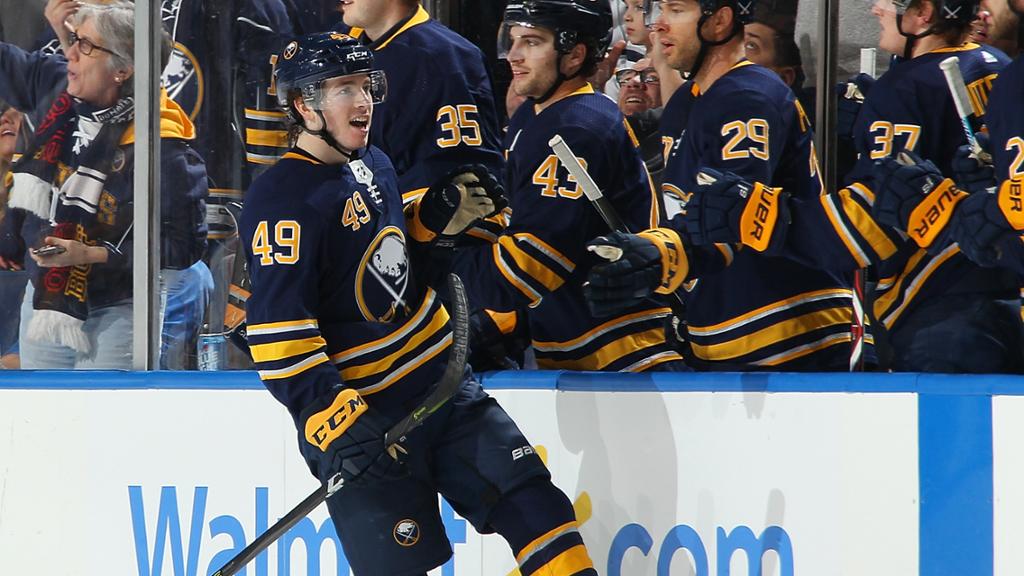 The Buffalo Sabres announced that restricted free agent CJ Smith has signed his two-year qualifying offer with an annual average salary of $700,000. CapFriendly updated the terms to show that the first year is a two-way deal and second year is one-way. The first year minor salary is $100,000 and second year is one-way meaning he’ll make $700,000 in either the NHL or AHL.

CJ Smith will have to clear waivers if he doesn’t find a spot on the Sabres roster and they want to assign him to Rochester again. A potential benefit of a two-year deal is that the extra year reduces the risk of a waiver claim from another team that could see some potential in him for at least this season.

Last season CJ Smith tallied 58 points (28G+30A) in 62 games with the Rochester Americans which was second on the team in goals and points. The 30 assists had him ranked third on the team. He also had four game winning goals and led the Amerks with a plus-26 rating.

He also appeared in 11 games for the Sabres last season recording two goals.

This is going to be a crucial season for CJ Smith to make an impression at training camp and prove he has what it takes to play in the NHL.