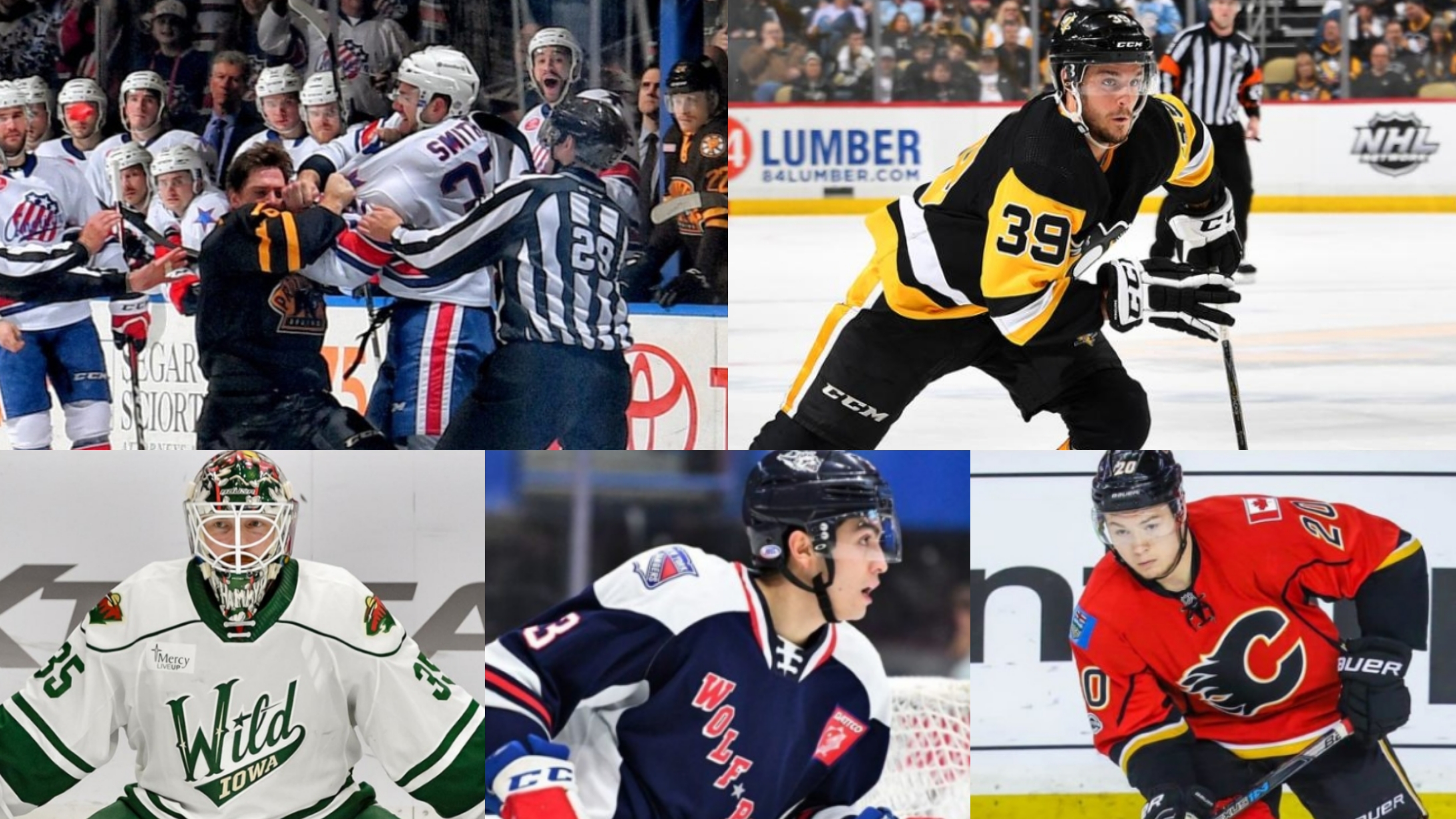 Leading up to the start of free agency it was leaked that the Buffalo Sabres would be signing forward Curtis Lazar and defenseman John Gilmour and once 11am hit the news started flowing. The organization had work to do this summer in setting up depth players that can fill in on NHL roster spots if needed and to also lead the Rochester Americans to another successful regular season and hopefully post season.

As the day comes to a close the Amerks are the real winners today in the organization and will be setup for success. Again.

Once the clock hit 11am this morning the Rochester Americans announced that Dalton Smith was re-signed to come back for a third season as the resident tough guy on the team. Dalton Smith wasn’t the big free agent splash expected early on July 1 but he plays an old school role on the team. He’s not going to take ice time away from anyone but he’s certainly going to cover a lot of ice playing a physical game when he does play. Kudos to management for filling that role again.

The Buffalo Sabres acquired Jimmy Vesey from the New York Rangers in exchange for a third round draft pick in the 2021 NHL draft. That would be the only news of the day relating to a new player in the organization that will have an opening night impact on the roster.

The rest of the day was all about the Amerks as it relates to providing a winning environment for the prospects that are on the team. There aren’t any new forwards drafted by the Buffalo Sabres planned for the American League roster. None. There’s a chance that someone could turn pro but as of writing this it’s all returning players or players acquired through trades or free agency.

Here’s a quick recap of who was signed:

Expected to be a guaranteed 20 goal scorer and in his new position as a top line player could contribute a point per game. He can score, has speed (shouldn’t everyone have speed in 2019?), and is known as a quality penalty killer. Last season Lazar had 41 points (20G+21A) in 57 games with Stockton Heat.

Think of him as another version of Zach Redmond. Puck moving defenseman with an excellent shot and a power play quarterback. He was the leading scorer on the Hartford Wolf Pack. Last season Gilmour had 54 points (20G+34A) in 70 games with Hartford Wolf Pack.

He’ll be the number three goalie in the organization. He helped lead the Iowa Wild to the second round of the playoffs last season, a part of the season the Amerks franchise hasn’t seen in something like 15 years. Hammond was one of the top free agent goalies and the Sabres made sure to sign him early. He’ll be the veteran goalie that can carry a team, have success if called up, and be a mentor to Ukko-Pekka Luukkonen or Jonas Johansson. Last season Hammond had a 19-14 record w/ 2.81GAA and .910Sv%. In 11 playoff games he was 5-6 w/ 2.46GAA and .912Sv%.

There’s a lack of depth in the center position within the organization and Dea is going to force others to be better. Great on the power play and great on face offs. The only concern would be making sure that he clears waivers to be assigned to Rochester. The New Jersey Devils had claimed him at the start of last season from the Penguins when he was on his way to Wilkes-Barre/Scranton. The two-year deal should minimize those risks. He’s worked with Jason Botterill and Chris Taylor in Wilkes-Barre/Scranton. Last season Dea had 44 points (17G+27A) in 46 games spread between Wilkes-Barre/Scranton Penguins and Springfield Thunderbirds.

If July 1, 2019 needed a rating regarding how it impacts the Rochester Americans I’d give the day an A. These are all players that can produce and if they do they’ll open some eyes if Buffalo is struggling again. The grade may have been improved with some higher end players signed with a history of point production instead of players where we can hope for more out of. There’s still scoring gaps in the Amerks roster but it’s only July 1. There’s still two months to sign the abundance of professional forwards available.

The team has four veteran players (320+ games) in Kevin Porter, Zach Redmond, Jean-Sebastien Dea, and Andrew MacWilliam. They also have three exempt veteran players (260+ games) in Curtis Lazar, Taylor Leier, and Dalton Smith. There was rarely a time the team had any issues with the lineup due to veteran limits last season.

Here’s what we’re currently looking at for the Amerks roster at the end of the day on July 1, 2019:

Cincy bound: Kurt Gosselin, Devante Stephens, Justin Baudry. Depending on health and performance either UPL or Johansson will eventually find their way to Cincy. It’s possible UPL could see some time there to get in more starts.

* Luukkonen, Pilut, and Leier are all expected to miss the start of the season recovering from injuries.

Can Alex Nylander compete for a NHL roster spot? Of course. Olofsson is a top six forward and CJ Smith will have to clear waivers which could be a risk which is why I have him listed as starting in Buffalo.

In former Amerks news the following players have moved on and signed with other teams:

Here’s a run down of the stories on player from today as they relate to the Rochester Americans:

Dalton Smith Returns to Rochester for a Third Season