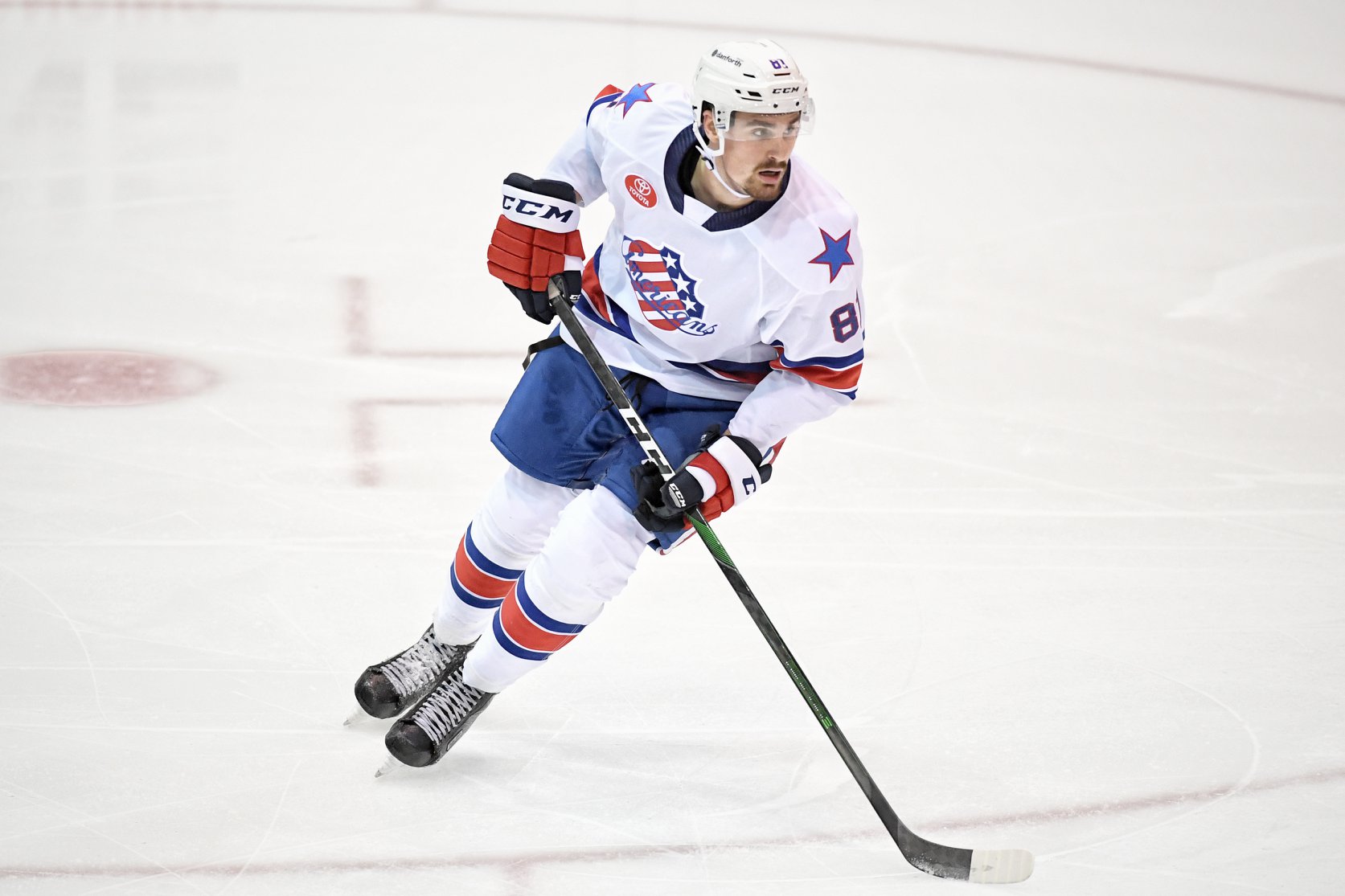 Brett Murray was the last remaining training camp invite on the ice for practice Thursday morning and this afternoon the Rochester Americans confirmed that he signed a one-year American League contract with the team. At 6 feet 5 inches tall he’s a player that stands out on the ice.

The signing was obvious when Gord Dineen encouraged Murray to slide into center ice after practice and lead the stretch followed by the rest of the team tapping their sticks. He wasn’t available immediately following practice for comment due to a scheduled team meeting.

Murray played in 62 games with Youngstown Phantoms (USHL) in the 2018-19 season and finished with 41 goals and was also second in the league with 76 points. He also played two seasons with the Penn State University Nittany Lions. During his first season in 2016-2017 he helped the team win the Big-10 Conference Championship and later went on to help the program make its first-ever NCAA Tournament appearance.

Drafted by the Buffalo Sabres in the fourth round of the 2016 draft (99th overall) he hasn’t shown enough to earn a NHL entry level contract but enough where the organization has continued to invest resources into him as a player. He has been with the Sabres throughout the summer from development camp, to the prospects challenge, and then NHL training camp.

Murray has been groomed as a center on the team and he’ll have to compete with Rasmus Asplund, Curtis Lazar, Kevin Porter, and Sean Malone for a chance to play in a game. He’ll likely get an opportunity early in the season and will have to take advantage of it to bump someone else out of the lineup.

You can look at the current Amerks roster here – https://www.lga585.com/roster/