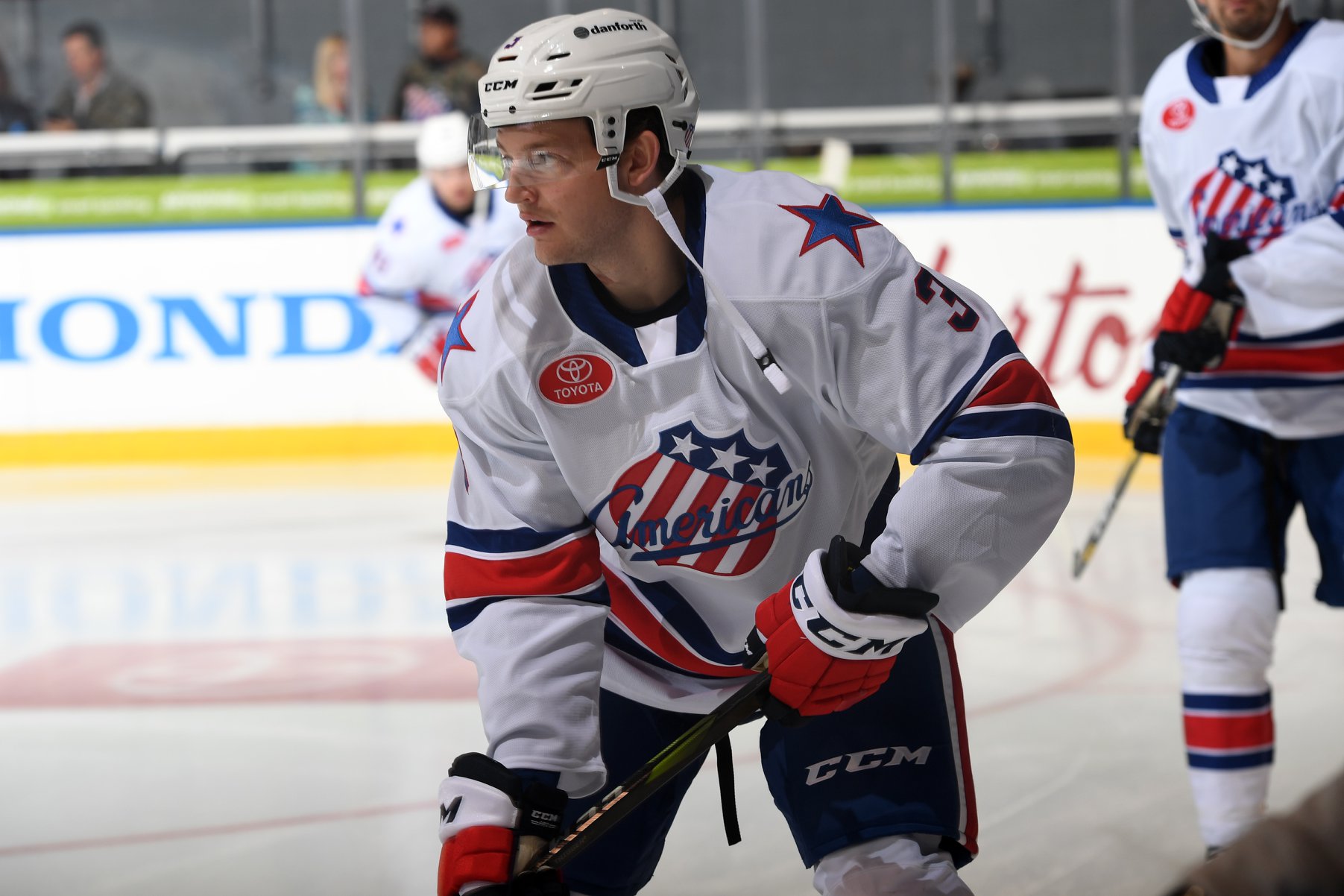 Will Borgen took a quick trip to Detroit for a call up to the Buffalo Sabres and was sent back down in time to hop on the bus in Rochester to join the Amerks for the weekend road trip to Syracuse and Springfield. This was the first call up of the season for Borgen and second of his pro career. Borgen appeared in four games with the Sabres towards the end of the 2018/2019 season.

Updated 10/26 after Borgen was reassigned to Rochester.

Thursday night against the New York Rangers the Sabres finished the game without defenseman Marco Scandella due to injury. Ralph Krueger will update the Buffalo media later today in Detroit about any lineup changes.

Forgotten defenseman John Gilmour is still up with the Sabres and hasn’t played in a game yet.

Borgen has played in all seven games with Rochester this season and currently has 27 penalty minutes (17 of which are from the fight below – 2 for fighting, 5 for instigating, and a 10 minute misconduct) and is a plus-two.Â  He’s a reliable defensive defenseman that can clear the front of the net, clear the zone, and clear any trouble surrounding his teammates.

The Amerks are on the road Saturday in Syracuse and Sunday in Springfield. The absence of Borgen from the lineup will provide Brandon Hickey or Casey Fitzgerald a chance to get back into the lineup.

Will Borgen doesn't put up with anyone taking a run at his teammates. Marko Dano was on the receiving end. Kevin Porter was in there first before Borgen took control.#Amerks @hockeyfights pic.twitter.com/lYRN2CJ8Lv