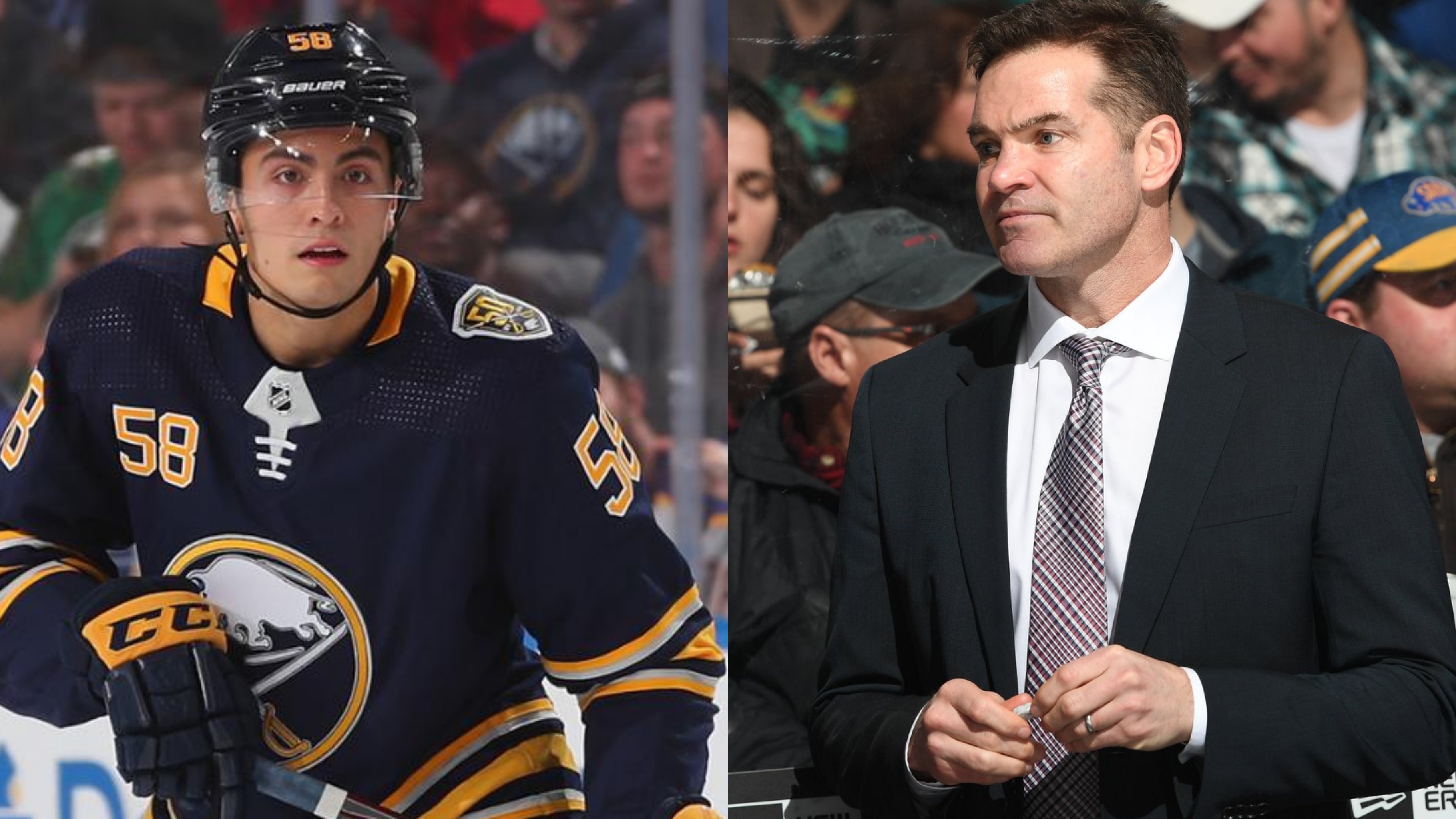 Following up on the best game of the season for the Rochester Americans last night [ Full Game Recap ] there was more good news Saturday with the announcement that defenseman John Gilmour has been assigned to Rochester after clearing waivers and that Chris Taylor is returning.

John Gilmour was highly sought after when free agency opened and considered a big signing for the Sabres organization. Gilmour was the second leading scoring defenseman in the American League during the 2018/2019 season with 54 points (20G+34A) in 70 games with the Hartford Wolf Pack. Gilmour had a strong preseason which earned him an extended stay with the Sabres. Injuries also helped the situation.

Adding Gilmour to an already stacked blue line in Rochester will only make them better. He’ll known Zach Redmond, Lawrence Pilut, Will Borgen, Casey Nelson, Jacob Bryson, Casey Fitzgerald, Andrew MacWilliam, and Brandon Hickey. If everyone remains healthy the top it’ll be a competition between everyone not named Redmond, Pilut, Borgen, or Gilmour for the final two spots. Casey Nelson has been playing great and is unlikely to get bumped from the 5th spot.

This is a game changing move for the Amerks blue line. It’s not clear at this time if Gilmour will join the Amerks tonight in Binghamton.

Chris Taylor was promoted just before the season started to Buffalo as an interim Sabres assistant coach when Don Granato was hospitalized with pneumonia (and more). This will be Taylor’s third season behind the Amerks bench as head coach.Â While Taylor was away the Amerks have been lead by Gord Dineen who has helped the team get off to a good start with a 11-3-1-2 record through 17 games.

In the Sabres announcement they said that Taylor will return to Rochester next week. The Amerks next home game is Friday November 29.

The story of Granato was a near death experience. At one point they told him you have five minutes. The full story is on The Athletic which requires a subscription which is worth it.

What a journey for Buffalo assistant coach Don Granato whose brush with death is now behind him and he's back in his "happy place" – the rink. https://t.co/g0ba7cs4mW