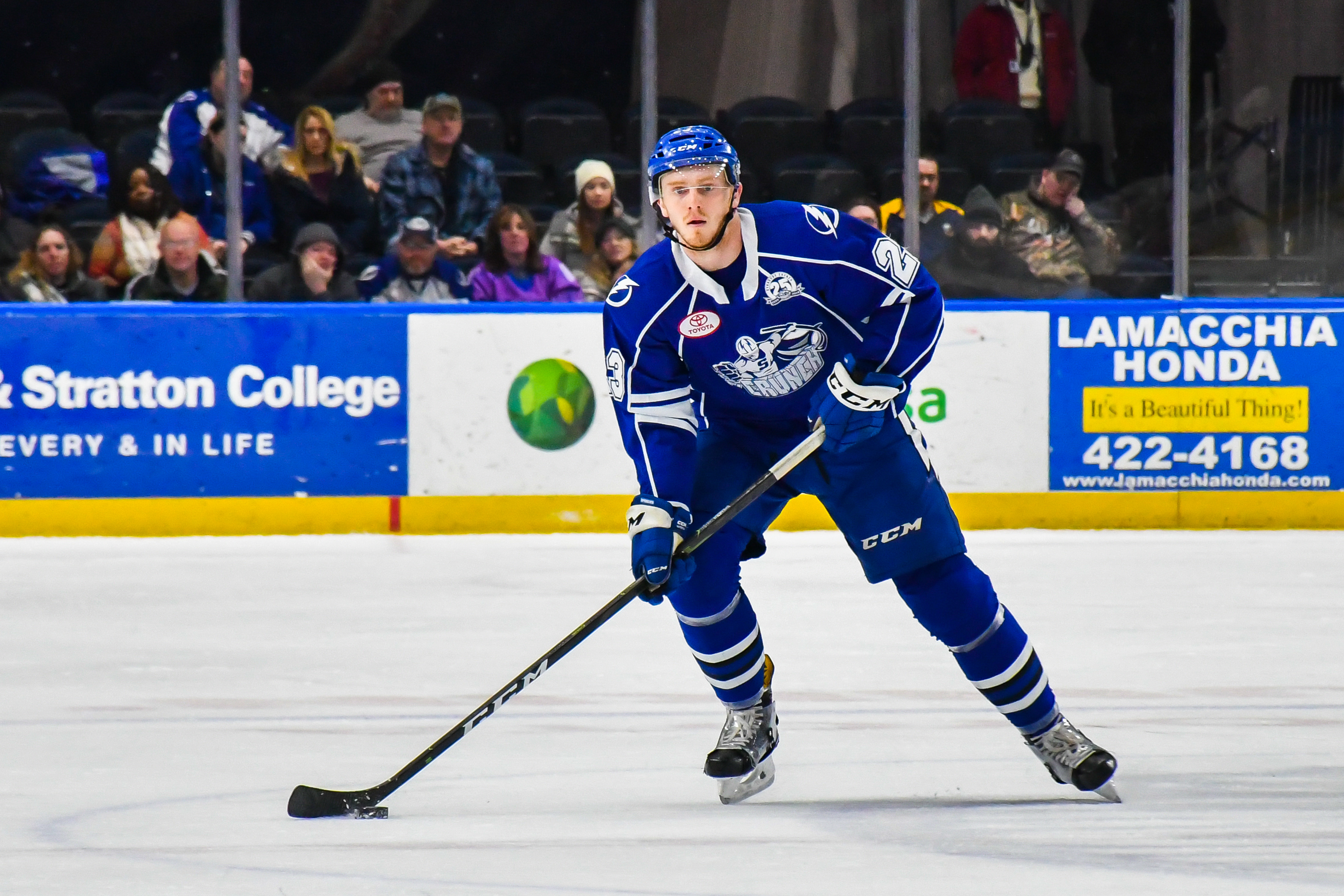 In a move that can be best described as ECHL defenseman for ECHL defenseman the Buffalo Sabres and Tampa Bay Lightning made a trade late Sunday. Buffalo acquired Matt Spencer in exchange for Devante Stephens from Tampa. Stephens is a left handed defenseman, Spencer is right handed.

This wasn’t the block buster trade that fans had been waiting for.

A depth move and fresh start for both players. This was the third season for Devante Stephens in the organization and with the defensive depth he hasn’t been on the radar. Matt Spencer has played 53 American League games with the Syracuse Crunch. Both players are playing in their final years of their entry level contracts.

Following the announcement Spencer was assigned to Cincinatti.

Below is the official press release.

(Rochester, NY) â€“ The Buffalo Sabres have acquired defenseman Matthew Spencer from the Tampa Bay Lightning in exchange for defenseman Devante Stephens. Spencer has been assigned to the Cincinnati Cyclones (ECHL).

Spencer, 22, has registered seven points (1+6) in 53 career American Hockey League games with the Syracuse Crunch, including one assist in two appearances this season. A native of Guelph, Ontario, Spencer has also skated in 53 career ECHL contests with Adirondack and Orlando, adding 18 points on four goals and 14 assists.

Prior to turning pro, the 6-foot-2, 206-pound blueliner played four seasons in the Ontario Hockey League for the Peterborough Petes, where he amassed 98 points (19+79) in 251 games.

Spencer was a second-round pick (44thÂ overall) of the Tampa Bay Lightning in the 2015 NHL Draft.

Individual game tickets for the 2019-20 season start at just $16. Amerks 2019-20 Season Ticket Memberships, which start as low as just $14 per game, are on-sale now. Full-season ticket member benefits include, but are not limited to, Riverside Club VIP Room access with Amerks Alumni, family meet and greet and annual Skate with the Players event, an exclusive preseason Ice Breaker Party and much more. For more information, visitÂ www.amerks.comÂ or call 1-855-GO-AMERKS.