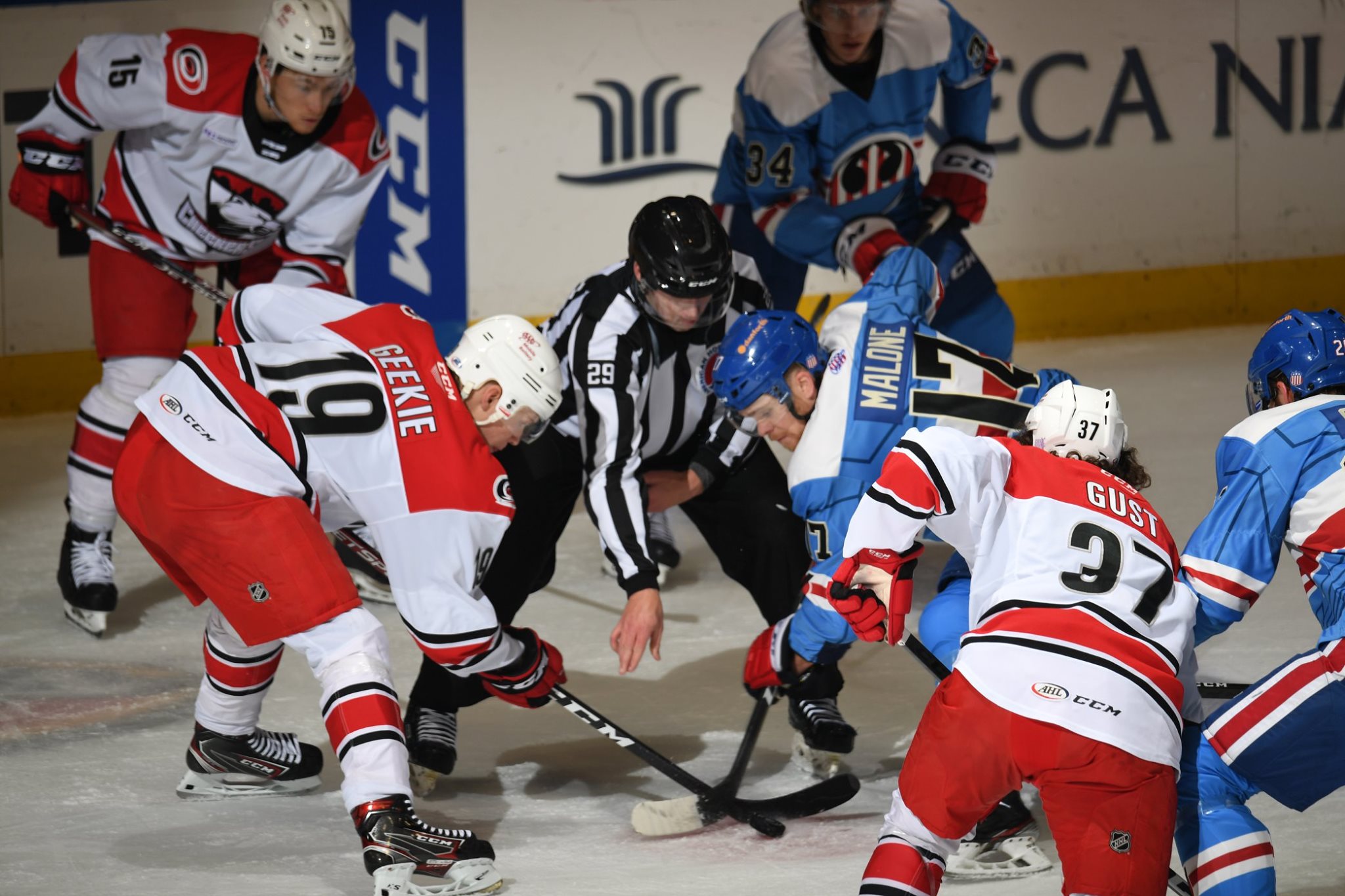 That’s impressive considering how many injuries and call ups the team had to deal with during that stretch. The team had played the majority of that stretch without CJ Smith, Jarrett Burton, Remi Elie, Curtis Lazar, Rasmus Asplund, Tage Thompson, and Andrew MacWilliam. That’s a big core of the lineup and those in the lineup played and had success without missing a beat.

Rochester has 34 out of a possible 46 points this season and is a top five team in the league. The 23 games played this season has been defined by more than this 12 game stretch but for now that’s what the story line has been. One more stat, the Amerks went a stretch of 161 minutes and 30 seconds without a goal scored against.

What happened Saturday night? Special teams and a slow start. There’s been very few games where Rochester didn’t lead the pace of play from the opening face off but that’s what happened Saturday night. Rochester is also the best five on five team in the league and last night there weren’t any even strength goals scored. It’ll be looked at as a one goal loss since one goal against was into an empty net. Charlotte scored two power play goals in the first period and that was all they would need. JS-Dea scored a power play goal of his own in the second period but Rochester was unable to convert on other chances, which there were many of.

Julien Gauthier scored the first goal entering the Amerks zone with speed and getting a shot off bar down into the net. The quick zone entry caught Pilut, Nelson, Lazar, and Dea flat footed.

Charlottte took a 2-0 lead when the Amerks were caught on a line change and Checkers goalie Anton Forsberg was quick to spot it and earned an assist. Forsberg sent the puck up the far side boards to Roland McKeown who fed a pass to Morgan Geekie to score one on one against Hammond.

Jean-Sebastien Dea scored on the power play with 3:50 left in the second to make it a close game. Excellent zone entry allowed Jacob Bryson to skate the puck in along the boards and feed a pass to Dea in front of the net to beat Forsberg.

Max McCormick scored an empty net goal with 62 seconds left in the game to seal the win for Charlotte.

“I think we should be really proud of what we did,” JS Dea said after the game talking about the 12 game point streak.

Next up for Rochester is a home game Wednesday night vs the Wilkes-Barre/Scranton Penguins followed by a road trip to Laval for games Friday and Saturday.

Three players are being removed from the injured list this week – CJ Smith, Jarrett Burton, and Andrew MacWilliam. Taylor Leier isn’t far behind and is likely to be cleared this month for games. Leier has returned to practice with contact.

Max McCormick stole the puck for an empty net goal with 62 seconds left in the game. pic.twitter.com/7Tfzro9q97

The other angle on this shows McCormick reading the play perfectly. Bryson didn't stand a chance. pic.twitter.com/N2khSGiIqm