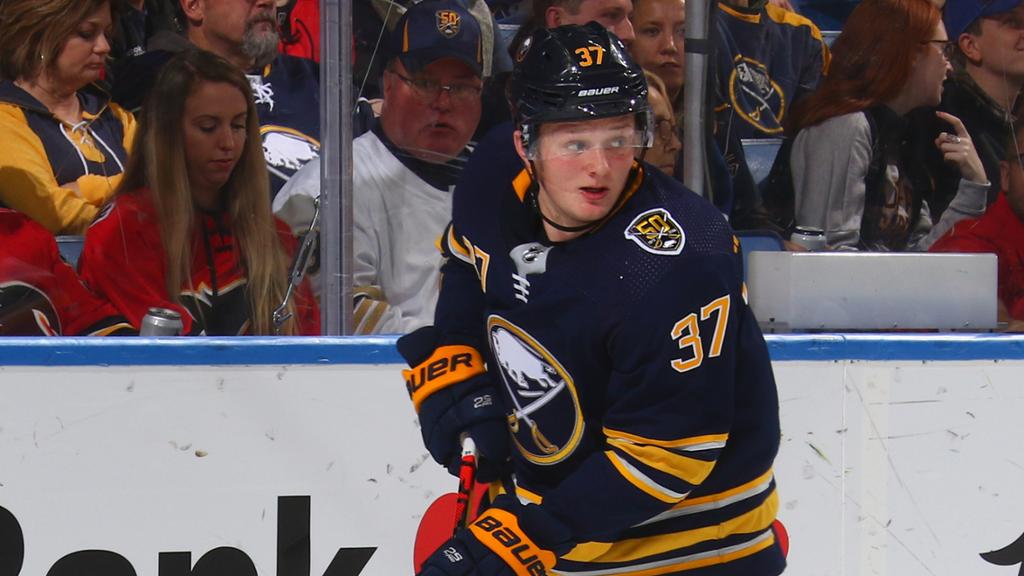 The Buffalo Sabres made a somewhat surprising move Sunday evening when they announced that Casey Mittelstadt was assigned to the Rochester Americans. He had been a healthy scratch for the Buffalo Sabres in three out of their last four games. The surprising part of the move is that the Sabres actually made it.

He will become the third Casey on the Amerks lineup joining Casey Nelson and Casey Fitzgerald.

Rochester had to play two defensemen (Brandon Hickey and Nathan Paetsch) as forwards when they played in Laval on Saturday afternoon due to injuries and veteran limitations. There’s an immediate opening for him on the roster where he isn’t taking playing time away from anyone.

Mittelstadt be put in a position to succeed in Rochester and will immediately jump into the lineup and play a regular shift. Rochester has been a four line team for three seasons now meaning the coaching staff runs four lines all game (outside of special teams scenarios). Tage Thompson joined the Amerks last season and immediately dominated play and was able to boost his confidence in the new role he found himself in versus watching from the press box as a healthy scratch.

There’s a good chance that Mittelstadt has heard positive things from everyone that has come through Rochester in recent seasons including Linus Ullmark, Victor Olofsson, and Rasmus Asplund. There’ll also be a familiarity with players from training camps and development camps.Â Chris Taylor has been a part of the coaching staff at all of those camps and spent the start of the season as an assistant coach on the Sabres bench. He isn’t joining a team where he won’t know anyone.

Mittelstadt has played all of his professional games, 114 in total, in the National Hockey League. In his 114 games he has 39 points (17G+22A). He debuted with Buffalo playing in six games at the end of the 2017/2018 season after leaving college early. In those four games he had five points (1G+4A).

This season through 31 games he has nine points (4G+5A) with a minus-5 rating.