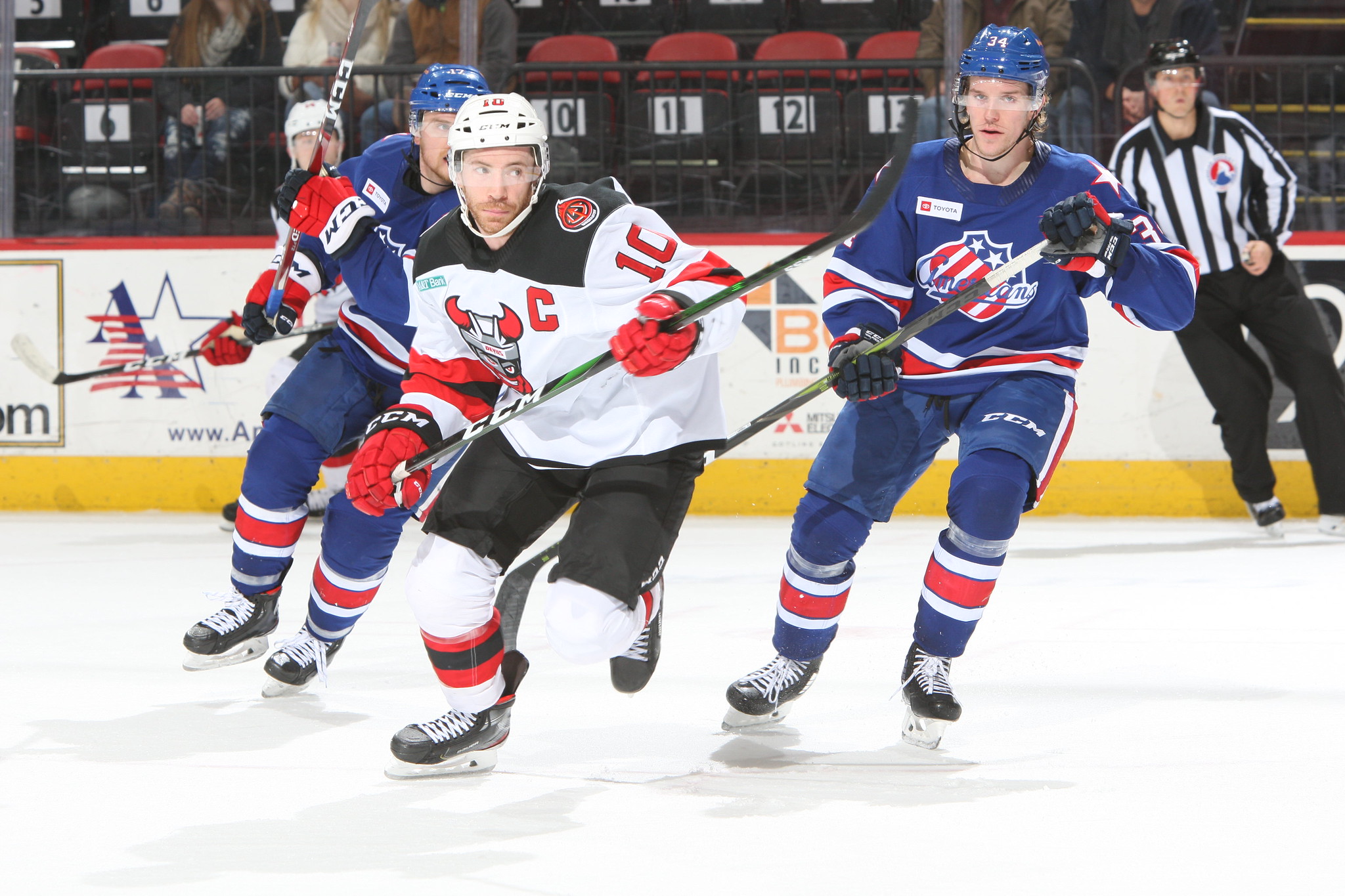 There’s some hockey games that are boring to watch and Wednesday night in Binghamton that was one of those games. It wasn’t even an exciting defensive battle. Binghamton was finished the game with a 2-1 win. It was only the fifth regulation loss of the season for the Rochester Americans through 27 games of the season.

Binghamton finished the game with a 25-24 shot advantage but real scoring chances could likely be counted on two hands between the two teams.

This was a game between a first place team, Rochester, and last place team, Binghamton, and it was the type of game that typically goes this way. It should be the type of game a team like Rochester wins in easy fashion but it rarely shakes out that way. Over analyzing a one goal loss like this after the team has gone on a 13-1-1-1 stretch since November 1st would be excessive. The same two teams play again Friday night in Rochester, the tone could change depending on how that game goes.

Back to the game itself, nothing happened worth writing in detail about until the first goal of the game with 3:07 left in the second period.

Brett Murray scored that first goal of the game after Tyler Randell forced a turnover and fed the puck to Murray at the other side of the net.

Brett Murray put the Amerks up 1-0! Great job by Randell forcing the turnover to get an assist. pic.twitter.com/vJBzOQ3yGG

It only took 61 seconds for Binghamton to tie the game when Joey Anderson tipped in a shot from the point.

Joey Anderson scored 61 seconds after the Amerks tipping in a shot to tie the game 1-1. pic.twitter.com/EcZENac7Pr

And then just 52 seconds later Brett Seney got behind Curtis Lazar in the slot to score off a pass from Julian Melchiori. Ben Street had secondary assists on both Binghamton goals.

Overhead view of the goal. Seney had an advantage the whole way in. pic.twitter.com/Ll4SrvBRZ0

Binghamton played a tight game making sure they were glued to Rochester players all night limiting everything they would try and do.

In Casey Mittelstadt’s first game with Rochester he finished with two shots and was a minus-1. Mittelstadt played the game as one could reasonably expect in the first game with a team. He had some good face off wins, a couple of turnovers, and fed Casey Nelson for one excellent scoring chance. Nothing about the loss can be pinpointed back at his game.

Good look by Mittelstadt getting the puck to Casey Nelson for a scoring chance. pic.twitter.com/ngdw6pYnSX

Overall the same description above could be used for everyone on the team.

The only penalty of the game was at 12:24 of the first period when CJ Smith was called for tripping. And it wasn’t even a tripping penalty.

hahaha wow. Thanks for the replay Bingo! Successful PK. pic.twitter.com/smdyxhoyY3

Here’s the rest of the game in gifs as they were sent out in Tweets.

Anyone who has played at Bill Gray's can probably relate to this problem Gilmour experienced. pic.twitter.com/AxKnuNZq7Q

Lazar finally forcing some pressure. Nelson was right there trying to get a peice of it. Cory Schneider looking like an All Star. pic.twitter.com/opCQgVTWpa