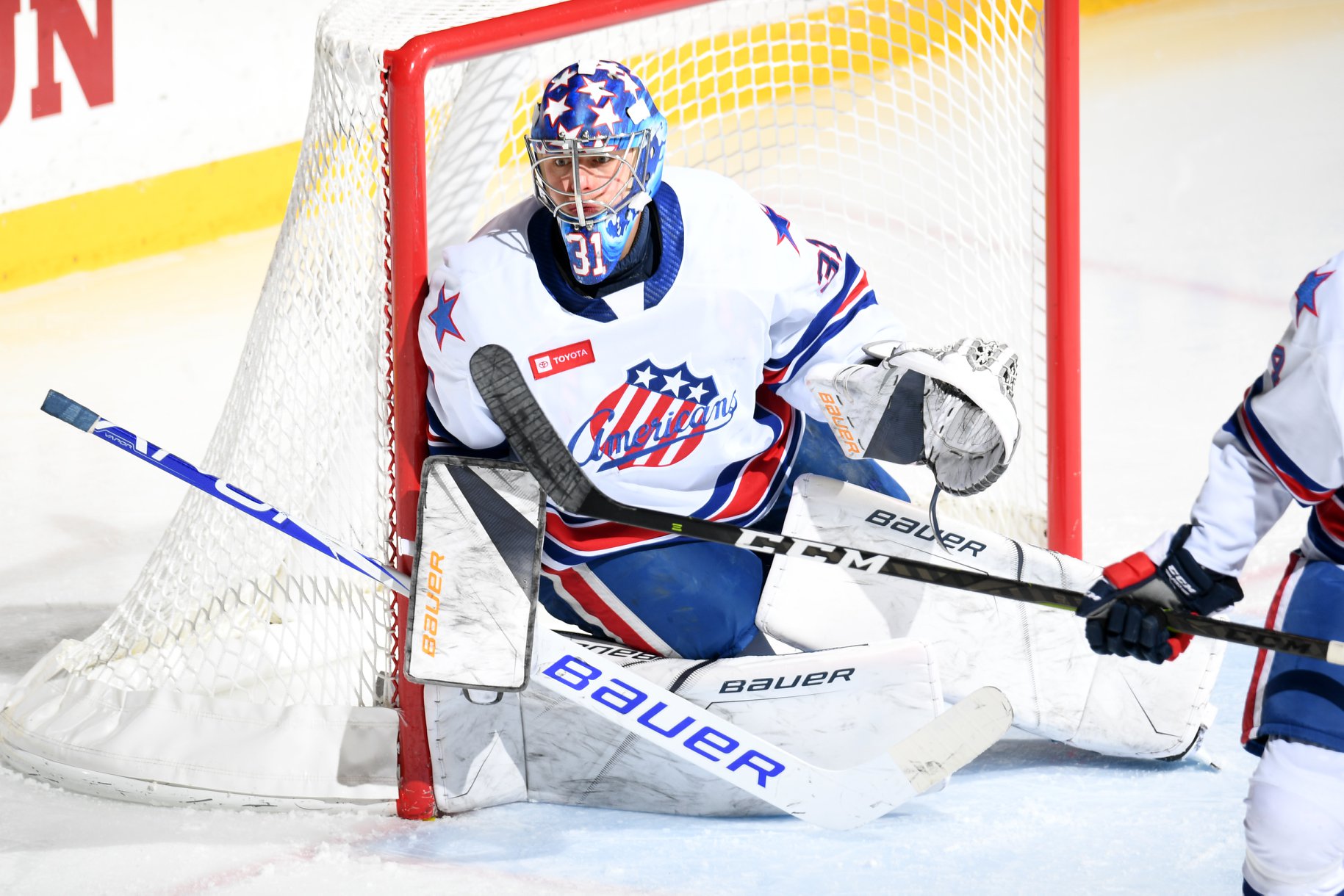 Sometimes the stats make a win sound a lot better than the game went but at the end of the night the stats are what counts and the Rochester Americans won their sixth game of the season by a shuout and overall it was their 19th win of the season. The Amerks remain in first place in the North Division and first overall in the Eastern Conference.

Jonas Johansson made 40 saves to earn his second shutout of the season and ninth overall win. Following the game his goals against average dropped down to 1.92 and as of writing this he’s the only goalie in the American League under two. His 0.935 SV% is second in the league.

John Gilmour scored at 16:14 of the first period, one second after a power play expired, and it would go on to be the game winning goal. Gilmour had carried the puck deep into the Binghamton end and sent the puck around the boards to JS Dea at the other side. JS Dea passed the puck to Taylor Leier who held on to possession along the boards as Gilmour returned to his spot on the blue line. Gilmour shot the puck straight into the back of the net off a pass by Leier.

Tyler Randell scored his fourth goal of the season at 11:06 of the second redirecting a shot from about 10 feet in front of the net. Gilmour took the initial shot and Randell caught everyone off guard with the tip. 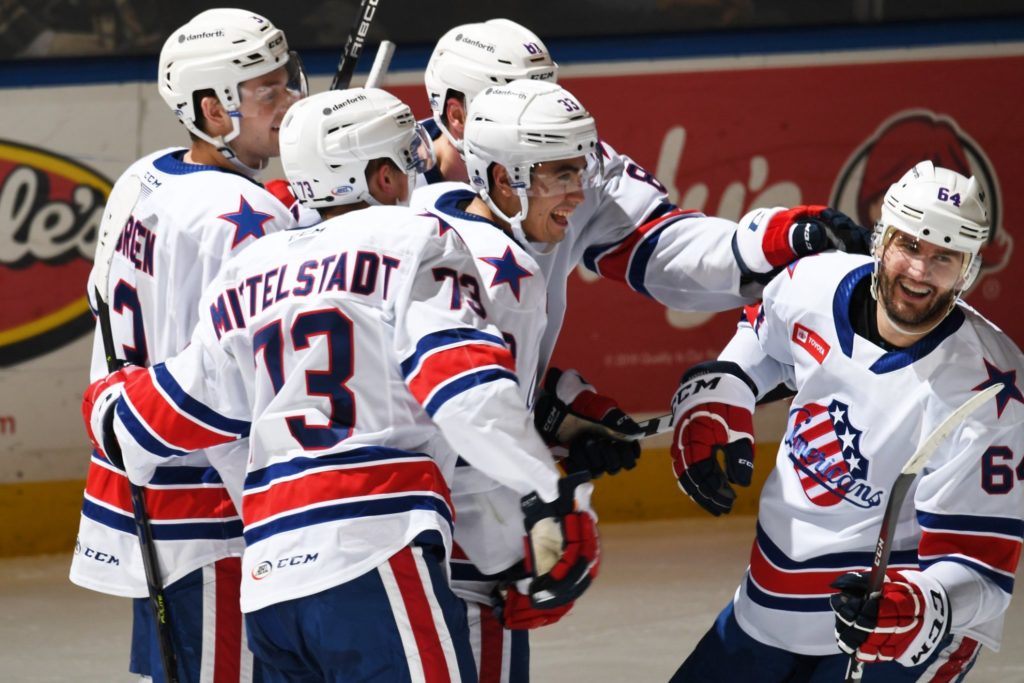 Two goals in the first 31 minutes of the game was enough for Rochester to stay in the game and pull out the win. Binghamton outshot the Amerks 28-11 over the finaly 40 minuts of the game. It was 14-6 in the second and 14-5 in the third. Johansson faced a lot of quality scoring chances and earned the shutout win.

The penalty kill was another star of the game killing off six power plays for Binghamton. Four of the six kills were in the first 12 minutes of the third period which included two different five on three’s. The crowd responded with a loud applause giving the team credit.

Lawrence Pilut scored an empty net goal with 2:58 left in the game to finish off the scoring. Pilut shot the puck from the middle of the ice between the hash marks and sent it down ice into the net.

The Amerks are back on home ice Saturday night against Utica before going on Christmas break.

Rochester was without four players on the injured list and possibly added one more early in the game.

Andrew Oglevie left the game at some time early in the second period and didn’t return.

Goals in gifs as they were Tweeted..

Dea and Leier set that up as Gilmour got back into position. pic.twitter.com/RGgrAUDm9x