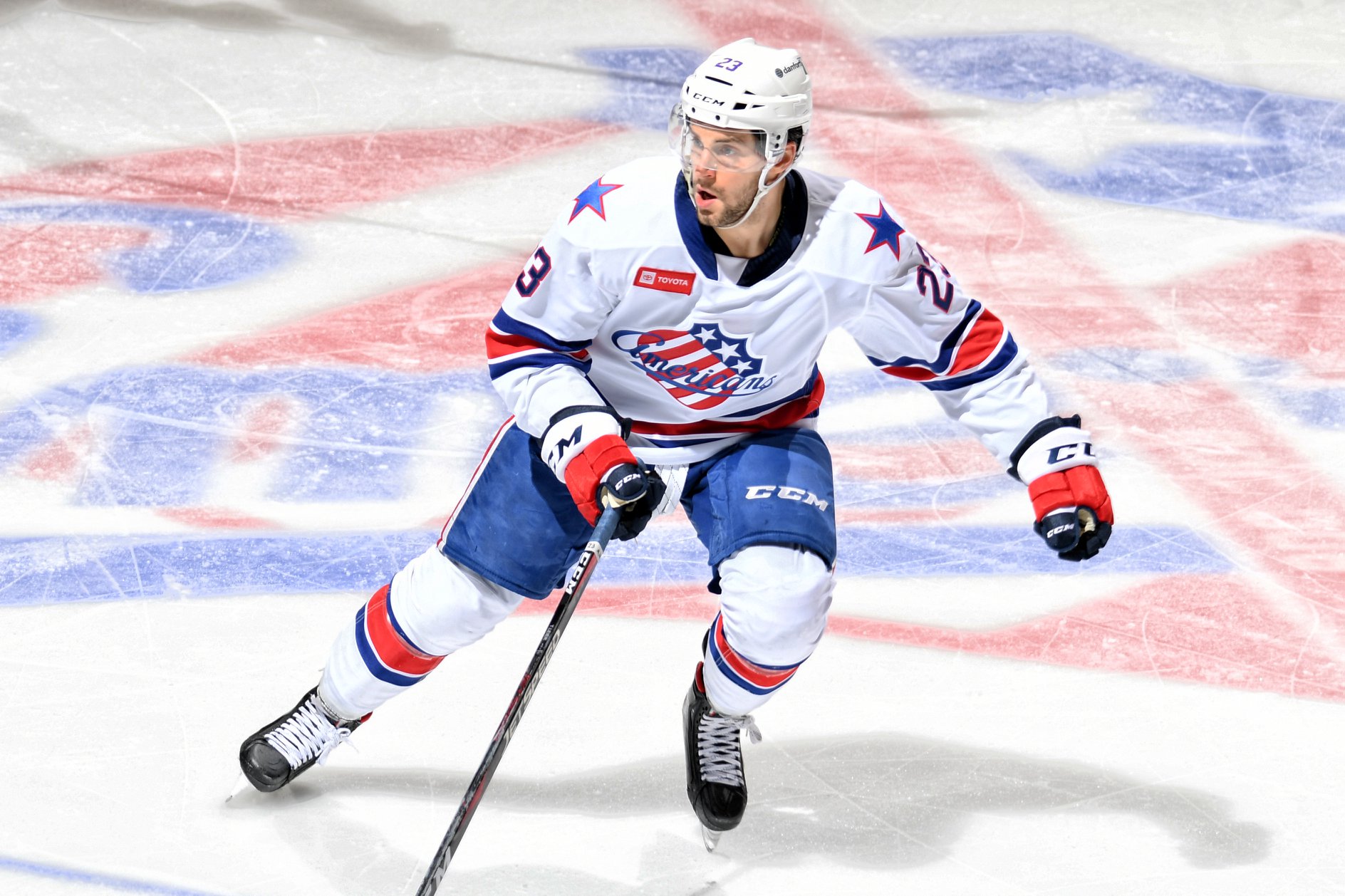 Taylor Leier had missed 23 games to start the season, along with training camp, after dealing with off season shoulder surgery. When he returned on December 5 there was no question his offensive ability would begin to provide results for the Rochester Americans. He only had one assist in his first five games before hitting his stride with five goals in the next five games.

And then a freak accident occured.

Last week, January 3 in Belleville, Leier was hit by a puck as he was knocked down to the ice. A hockey play that occurs in every game. Kevin Porter lined up for a shot from the point as Leier battled for position in front of the net. The puck was flying through the air as Leier fell to the ice and it hit him up high around the neck area. The second period ended 40 seconds early as additional medical personal provided assistance on the ice.

When asked for an update last night, January 10, Chris Taylor stated Leier is out week to week and doesn’t expect him back until after the AHL All-Star break which is January 27 and 28. Leier has already missed three games and the first game after the break for Rochester is January 31. There’s no guarantee that’s when he’ll return, it’s just the earliest date given.

You can see the incident in the clip below.

Scary moment. Taylor Leier went down and extra medical attention was called out to the ice. Taken off the ice on a stretcher. Good news he was sitting up and waving. 2nd period ended early. pic.twitter.com/6arWrjyupy

If you haven’t read this story below about what Leier went through with his off season shoulder surgery give it a click to read.

You can always get injury updates as well from the page below.