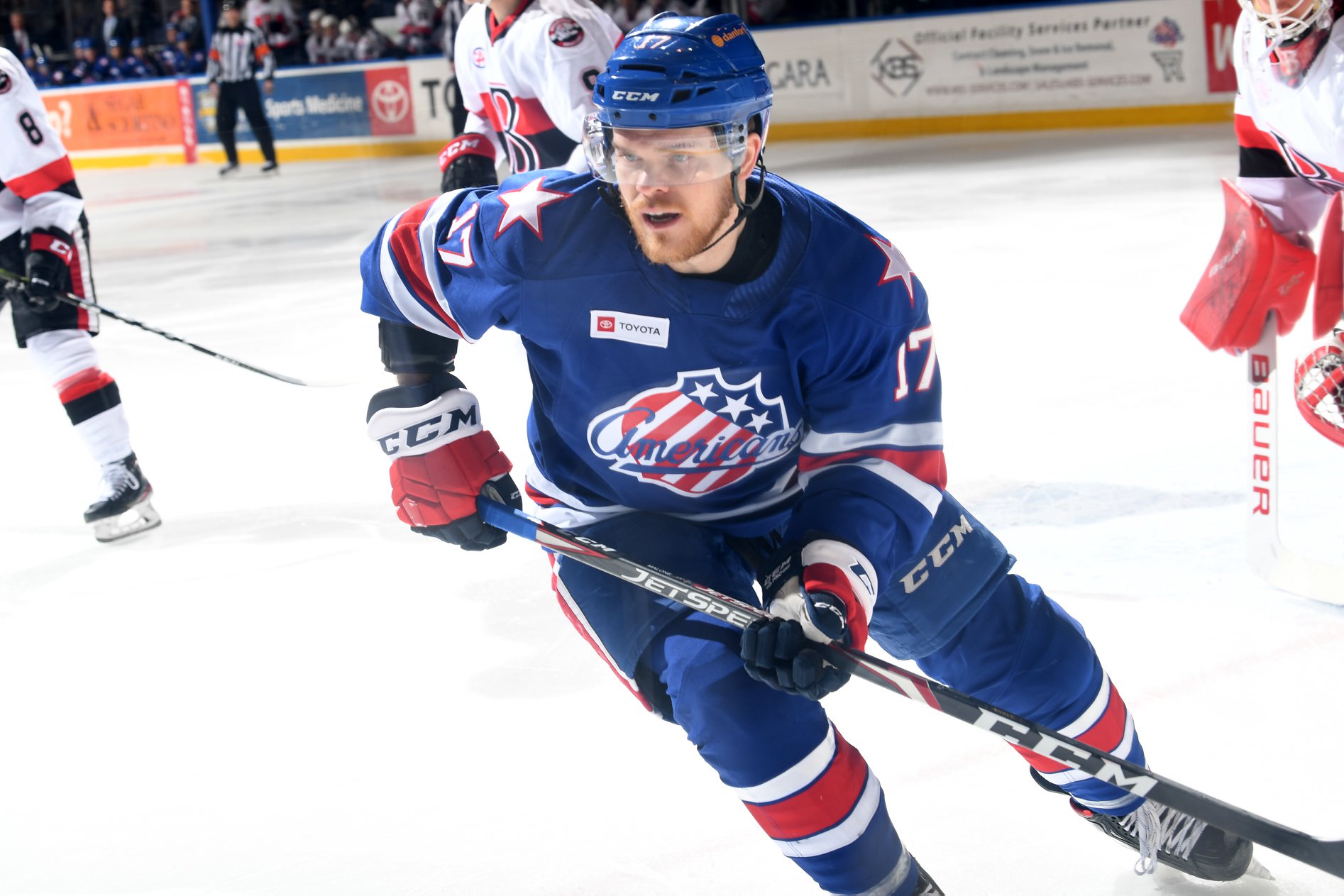 Sean Malone is now a former Rochester Americans player with the news today that he signed a one-year two-way contract with the Nashville Predators.

Sean Malone follows the path of one of his college teammates, Colin Blackwell, another player that had a successful season with the Amerks and then departed for an NHL contract offer versus just an American League only deal to remain in Rochester.

Nashville, Tenn. (July 15, 2020) – Nashville Predators President of Hockey Operations/GM David Poile announced today that the team has signed forward Sean Malone to a one-year, two-way contract for the 2020-21 season worth $750,000 at the NHL level and $100,000 at the AHL level.
Malone, 25 (4/30/95), skated in 58 games with the AHL’s Rochester Americans in 2019-20, tallying 30 points (12g-18a), tied for the second-most on the team. The 6-foot, 196-pound center also matched his AHL career high in goals with 12 – tied for the third-most on the Americans – and had a +15 rating, the best mark among Rochester forwards. It was Malone’s third professional season – he has appeared in 169 career AHL contests, all with the Americans, and has recorded 28 goals and 65 points. He has also suited up in one career NHL game, coming on April 8, 2017 with the Buffalo Sabres against the Florida Panthers.

Originally drafted by the Sabres in the sixth round (159th overall) of the 2013 NHL Draft, Malone spent four seasons at Harvard University from 2013-17, including three as teammates with current Predators forwardÂ Colin Blackwell. He compiled 99 points (42g-57a) in 115 games with Harvard, winning two ECAC championships (2014-15 and 2016-17) and earning a spot on the 2017 ECAC All-Tournament Team. Internationally, the Buffalo, N.Y., native represented the United States at the 2013 World U-18 Championship, taking home a silver medal while picking up an assist in seven games.