Mersh was drafted in the 4th round of the 2011 NHL draft by the Los Angeles Kings and has played in 377 regular season AHL games. In his second season with the Manchester Monarchs he was part of the 2015 Calder Cup winning team. He’s appeared in 44 American Hockey League playoff games.

A quality signing that’ll add additional depth to this Rochester team that played with only 10 forwards in the season opener last night.

Breakdown of stats from hockeyDB: 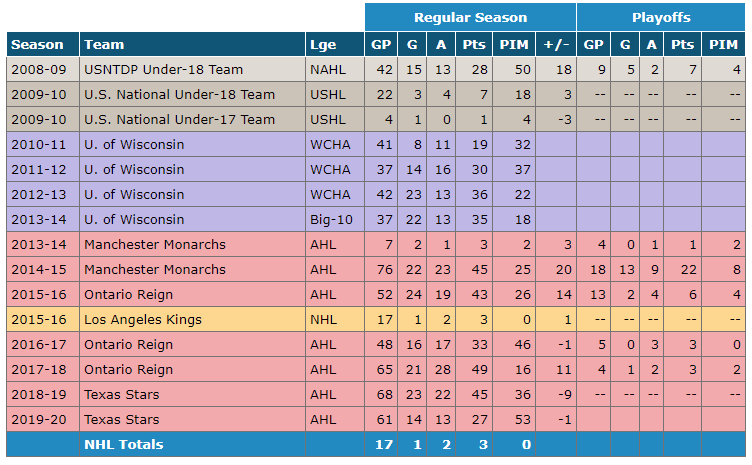 A PTO is limited to 25 games and can be terminated at any time. After 25 games they can sign another PTO or a standard contract. There’s a total of 32 games this season which is a reason we’ll see more of these. A player is limited to two PTO’s in a season.

The Amerks play their next game Wednesday February 10 when they host the Syracuse Crunch. The game will be broadcast on AHLTV and 95.7 FM/950 AM ESPN Rochester.