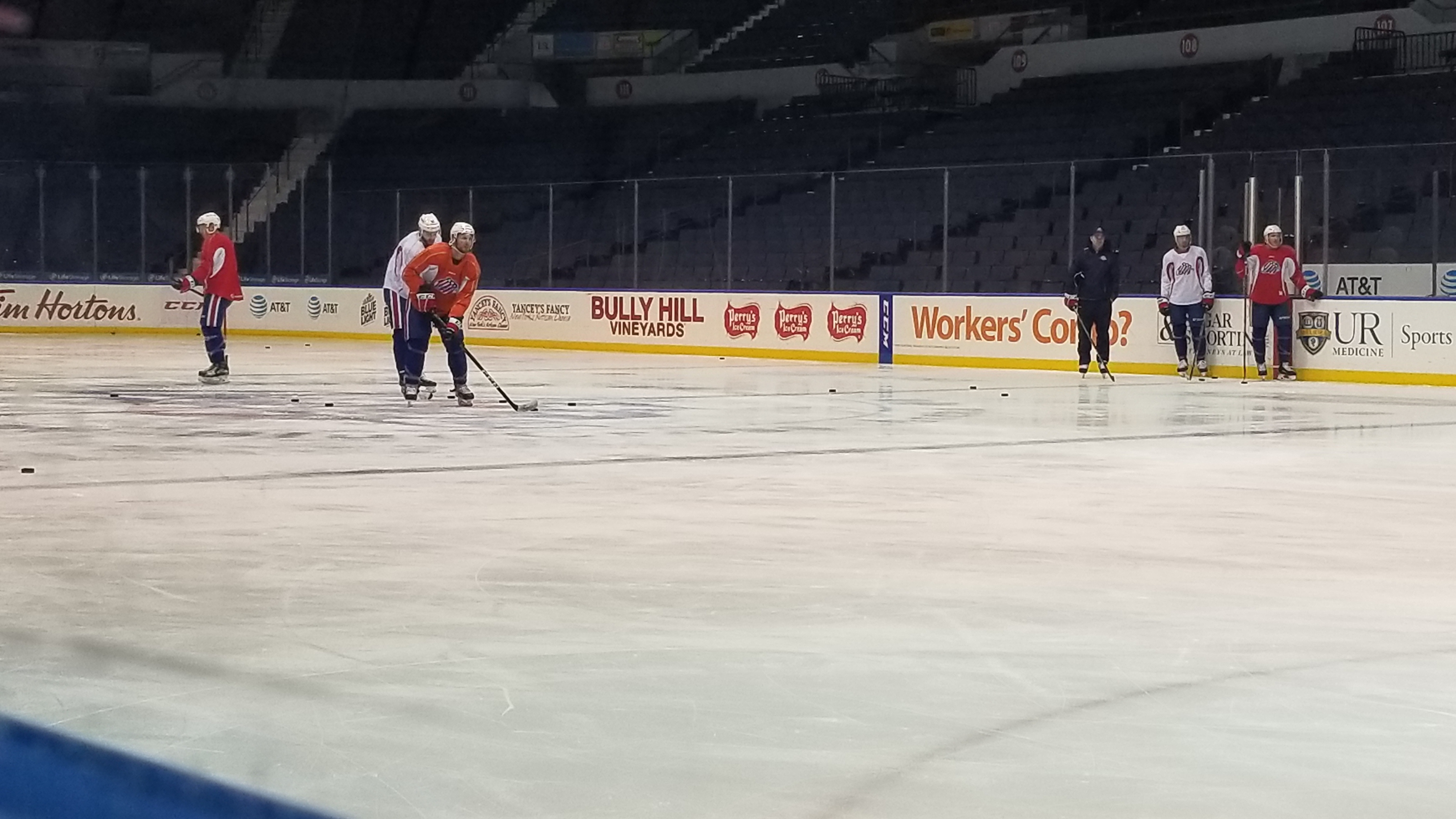 There’s some excitement and anticipation for tonights hockey game at the War Memorial between the Toronto Marlies and Rochester Americans. The Marlies are the number one team in The AHL but the Amerks aren’t too far behind overall in the league. In the division there’s a four point spread between the two teams.

“We understand where they are in the standings. It’s not a measuring stick for us for us,” Chris Taylor said about where the teams are. “I think it’s just how we play and how we come back at home.”

The Amerks are coming off of a 3-1 win at home on Wednesday night but the expectations were higher.

Chris Taylor added, “I don’t think we played that well on Wednesday so we have to have a better response. It’s all about our team and how we focus on what we’re doing.”

“It’s just another game, don’t want to think about it too much,” is what Seth Griffith had to say about playing against his former team. “Obviously we’re really excited and want to get the win against these guys. We play them a lot throughout the year so can’t get too high if you come out on top.”

Leading the Amerks is the scoring of CJ Smith, Sahir Gill, Stuart Percy, Zach Redmond and also Seth Griffith who has 3G+4A in seven games with the Amerks. Rochester is fourth in the league in scoring with 88 goals.

Over on the Marlies they’re being lead by the goaltending duo of Garret Sparks and Calvin Pickard. Toronto leads the league with the fewest goals against at 47.

Seth Griffith recognized the goaltending of the Marlies and said, “It’ll be a good test for us offensively.”

“It always starts with just the simple shot to the net and get them scrambling in the defensive zone,” is what Stuart Percy had to say about beating them.

Linus Ullmark will be starting again for the Amerks. Ullmark hasn’t lost a game in regulation since October 28. Since then he’s won nine games, has two loses in overtime and one shootout loss.

Percy also talked about what’s on the line with the game saying, “We have to take advantage of home ice advantage. Set the tone for the regular season and hopefully a spring matchup maybe as well.”

Over the last five seasons the Marlies have the advantage with a 24-12-1-1 record over the Amerks. Last season the Amerks were 6-3-0-1 against them.

“They’ve always been a top team. Always been a good team. We’ve had some good battles with them,” Taylor said talking about the history between the two teams. “They’re exciting games and we always get excited playing against them.”

Unless something changes between this afternoon and game time Justin Bailey will be in the lineup for the first time since November 18th. He’s missed 10 games recovering from a lower body injury.

One other note is that Nathan Paetsch was on the ice skating with the team for the first time since suffering a leg injury on October 13th.

A decision is expected after the game on Saturday night on whether or not Alexander Nylander will be allowed to play for Sweden in the World Juniors. Sweden has an exhibition game against Denmark on Monday at Bill Gray’s Ice Plex in Rochester. With a lot of depth on the Amerks roster it’s probably a safe assumption that Nylander will be allowed to play.