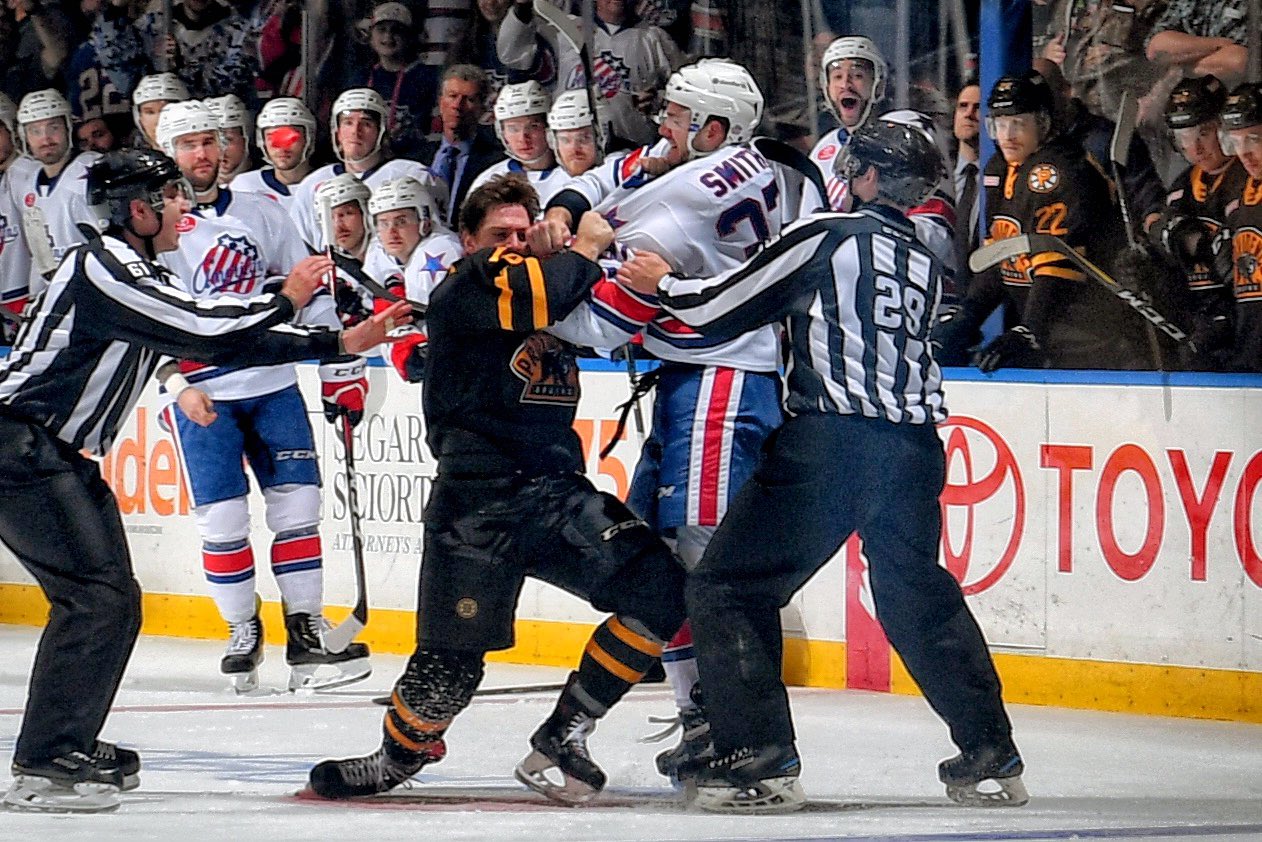 It wasn’t the signing anyone was expecting on the morning of free agency but the Rochester Americans surprised us by announcing that Dalton Smith would be returning for a third season in Rochester.

There’s little that needs to be said about Dalton Smith. He’s an old school player that provides muscle and time and space for his team. There were many games he played in last season where his line controlled the puck in the zone by wearing down their opponents. That extra time gave the other lines an extra breather on the bench.

We can debate whether it’s a coincidence or he’s a real difference maker but over the course of two seasons when Dalton Smith played in a game the team has a winning record of 57-36. When he doesn’t play they’ve had a losing record of 26-33 record. We call that #DSmithThings.

He does count as an exempt veteran which could limit his playing time but it speaks volumes about him as a player and locker room presence for management to bring him back again. This will be the longest tenure he’s had in his career with one team. I’m not aware of any other American League teams that signed a player of his type before the start of free agency.

Fighting has diminished in all leagues but there’s still a time and place for it and Dalton Smith has proven to be one of the best in the American League.

He can also drive plays setting up goals. Here’s a game in Syracuse when he setup Andrew MacWilliam..

If you missed this feature piece last season click through and give it a read to get to know more about Dalton Smith.

In his AHL career, the 6-foot-2, 210-pound forward has totaled 50 points (25+25) in 319 career contests between Rochester, Providence, Lehigh Valley, Syracuse and Springfield while also racking up 619 penalty minutes. Before joining the Amerks in 2017, Smith spent the 2016-17 campaign with the Florida Everblades of the ECHL, recording 23 points (10+13) in 60 regular-season contests while serving as an alternate captain.

Prior to turning pro, the Oshawa, Ontario, native played four seasons with the Ottawa 67â€™s (OHL), where he produced 105 points (50+55) in 196 career games. In his final season with Ottawa, Smith helped the club claim the Leyden Trophy as East Division Champions for the third consecutive year.

Smith was originally a second-round selection (34thÂ overall) of the Columbus Blue Jackets in the 2010 NHL Draft.

Amerks 2019-20 Season Ticket Memberships, which start as low as just $14 per game, are on-sale now. Full-season ticket member benefits include, but are not limited to, Riverside Club VIP Room access with Amerks Alumni, family meet and greet and annual Skate with the Players event, an exclusive preseason Ice Breaker Party and much more. For more information, visitÂ www.amerks.comÂ or call 1-855-GO-AMERKS.