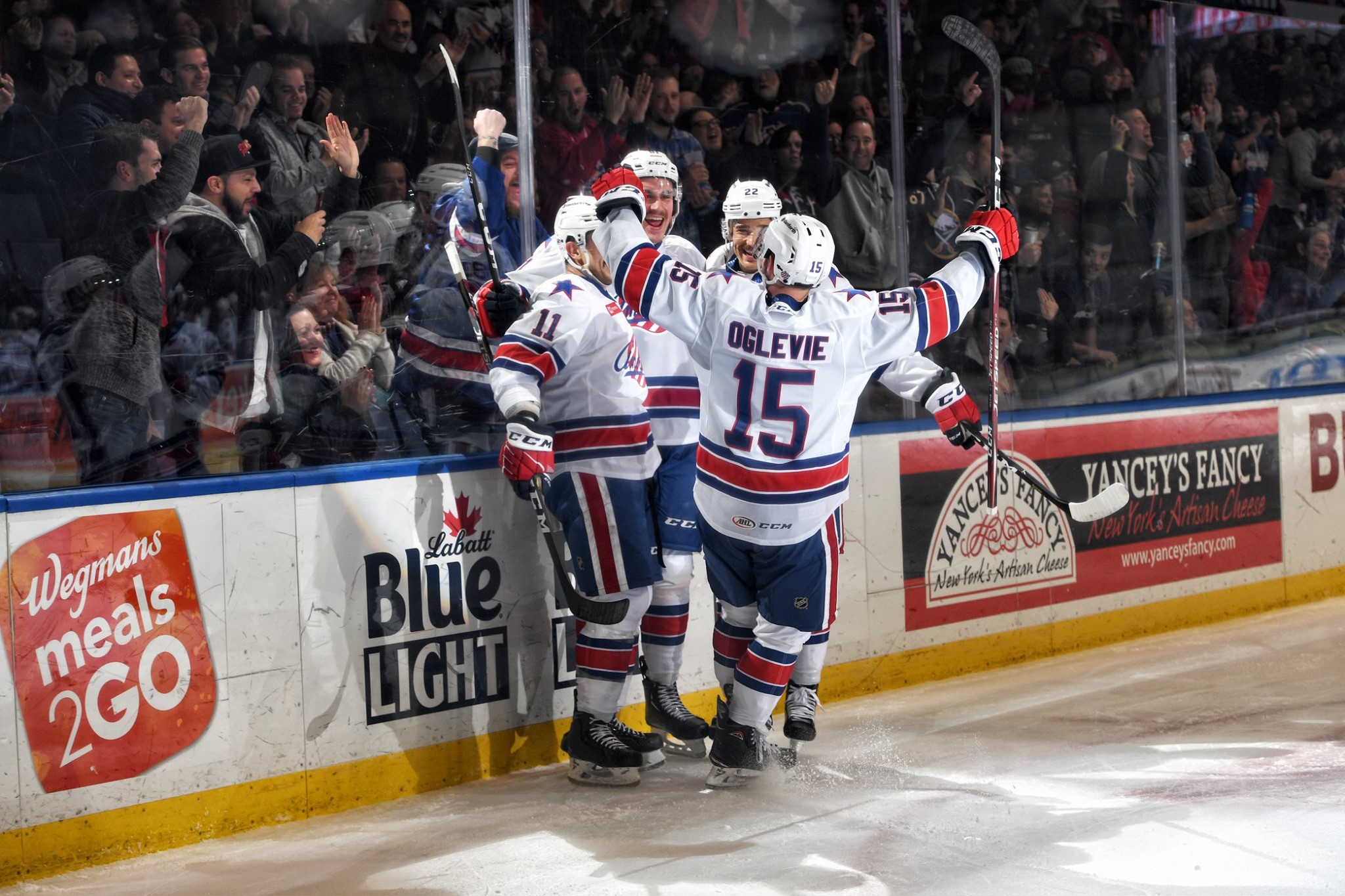 The Rochester Americans finished the month of November with a record of 8-0-1-1 which also included seven wins against North Division teams. It was a month that went better than anyone could have expected due to injuries and players called up to Buffalo. The month was the definition of character and players stepping up and playing in new roles.

December kicks off tonight on home ice against the Toronto Marlies. The two teams played this past Friday when Toronto won 3-2 in overtime. The team mindset going into the game is that they don’t really have to change anything from that last game against Toronto. Toronto took advantage of some undisciplined penalties taken by Rochester and that was the real difference maker when a third period goal tied the game.

Rochester will have two players back. Buffalo has sent Curtis Lazar and JS Dea back to the Amerks.

The team finished with a record of 8-0-1-1 through 10 games which included a five game winning streak. The only two losses in November were in a shootout to Binghamton and in overtime against Toronto. The last regulation loss was October 30 and the team has only lost three regulation games through the first 20 games of the season. The overall team record is 13-3-2-2.

As of December 2nd the Amerks are in second place just three points behind the Toronto Marlies in the North Division. The team is also third overall in the conference and fifth overall in the league.

Rochester outscored opponents 29-15 in five on five hockey in November.

Overall this season Rochester is outscoring opponents 67-53 and in five on five hockey they’re leading 53-32 (+21 differential) which is second in the league. Toronto leads the league with a +24 differential (60-36).

The line leading the way has been Brett Murray, Kevin Porter, and Andrew Oglevie with a combined 33 points (10G+23A).

Hats off to Andrew Oglevie who scored his first career pro hat trick in the 3-2 win over Cleveland this past Saturday.

Congrat to @AOglevie on his first career pro hat trick last night in the #Amerks 3-2 win over the Monsters. He's also on a 7 game point streak (7G+3A). pic.twitter.com/0ulLecJFgc

The goalies in Rochester had a great month and so did Luukkonen getting a lot of time in Cincinnati.

Holding it down in Rochester

The future in Cincinnati

Improved is the way to describe special teams. Overall the power play for the season is at 13.8% and the penalty kill is at 78.2%.

The improved part is that over the last six games the power play is at 27.3% which is the best stretch of the season.

What has been fueling the power play? It’s taken time but some chemistry has been established.

The month of November had the appearance of being painful due to injuries and call ups but that didn’t stop this group of players from stepping up.

Overall a total of 52 man games have been lost due to injury and 28 man games due to call up. That’s a lot for one month of the season.

It’s a new month with 46 games remaining in the regular season.