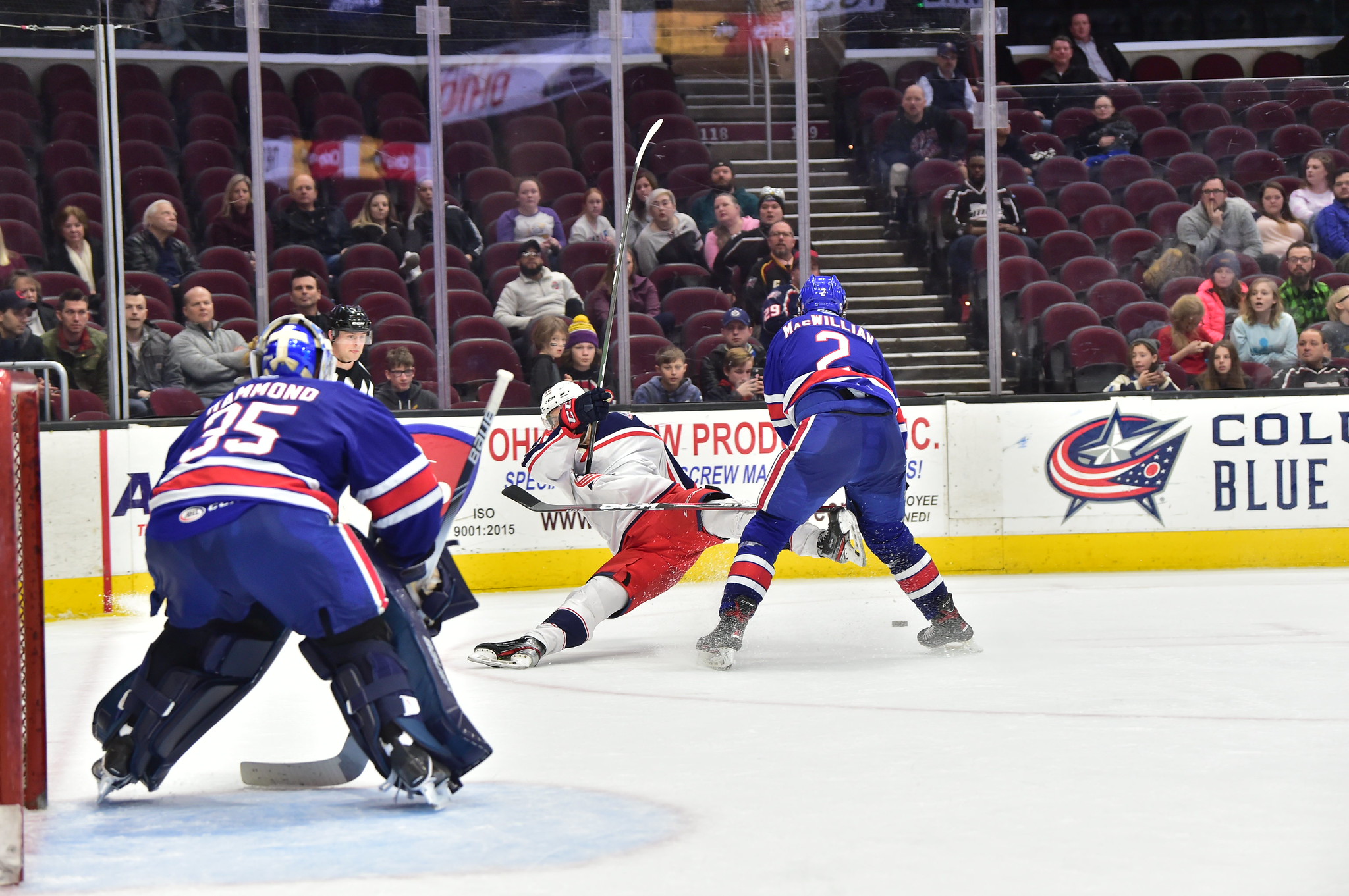 The Rochester Americans have gone from one extreme to another and it couldn’t have come at a better time. Just over two weeks ago the team won in overtime to snap a depressing seven game losing streak and tonight the team is playing for another win to extend the winning streak to seven games.Â The last time the team won seven games in a row was during the 2013-2014 season from January 17 to February 1. Luke Adam scored the game winner in that seventh game with Nathan Lieuwen in net.

Pascal Aquin (x2), Nathan Paetsch, and Eric Cornel lead the Amerks on Wednesday night in a 4-2 win over the Cleveland Monsters for their sixth win in a row. Andrew Hammond made 23 saves for his 13th win of the season. Rochester put up a whopping 48 shots on net, two short of a season high 50 from a game October 27 in Springfield.

Nathan Paetsch scored the first goal of the game, also his first of the season, just over halfway through the first period and the game belonged to Rochester from that point forward. A fun highlight of the goal was the celebration afterwards dubbed ‘the Kellen wiggle.’ Kellen is the son of Nathan Paetsch. See the video below of both.Â [ Full game recap from Amerks.com ]

Hockey is fun. Nathan Paetsch scored Wednesday night and showed off what's called "The Kellen Wiggle" (Kellen is his son) with his celebration. Side by side for some smiles! @NpDefensemen pic.twitter.com/MmkcePAUwL

Last Friday night after winning four straight Chris Taylor said talked about “just sticking together” in winning the game. Also mentioned how when anyone went near goalie Ukko-Pekka Luukkonen or any not so clean hits that “we stuck together.” He finished the opening of his post game with, “I think we’ve won four because we’re all sticking together.”

The 4-2 win last Friday ended in typical Rochester versus Syracuse way with both teams going after each other.

To win seven straight tonight against Syracuse they’ll have to stick with the formula that has been the key to success this season – sticking together and playing a team game. Over the past six game winning streak the Amerks have had goal scoring from ten different players – Nathan Paetsch, Scott Wilson, Pascal Aquin, Andrew Oglevie, Sean Malone, CJ Smith, Eric Cornel, JS Dea, Casey Mittelstadt, and Brett Muray. The wins have been back stopped by three different goalies – Ukko-Pekka Luukkonen, Jonas Johansson (x2), and Andrew Hammond (x3).

Over the course of the six wins Rochester has outscored their opponents 22-12 with 19 of those 22 goals being scored at even strength. This team found success early in the season with a strong five on five game and has found that groove again.

Rochester is 5-1-0-0 this season versus Syracuse this season so the odds will favor the home team but there’s one constant in the American League – never doubt your opponent. Syracuse has been struggling this season but in the close North Division they’re still only four points out of a playoff spot.

Don’t let the snow keep you home tonight, it’ll be a great game.