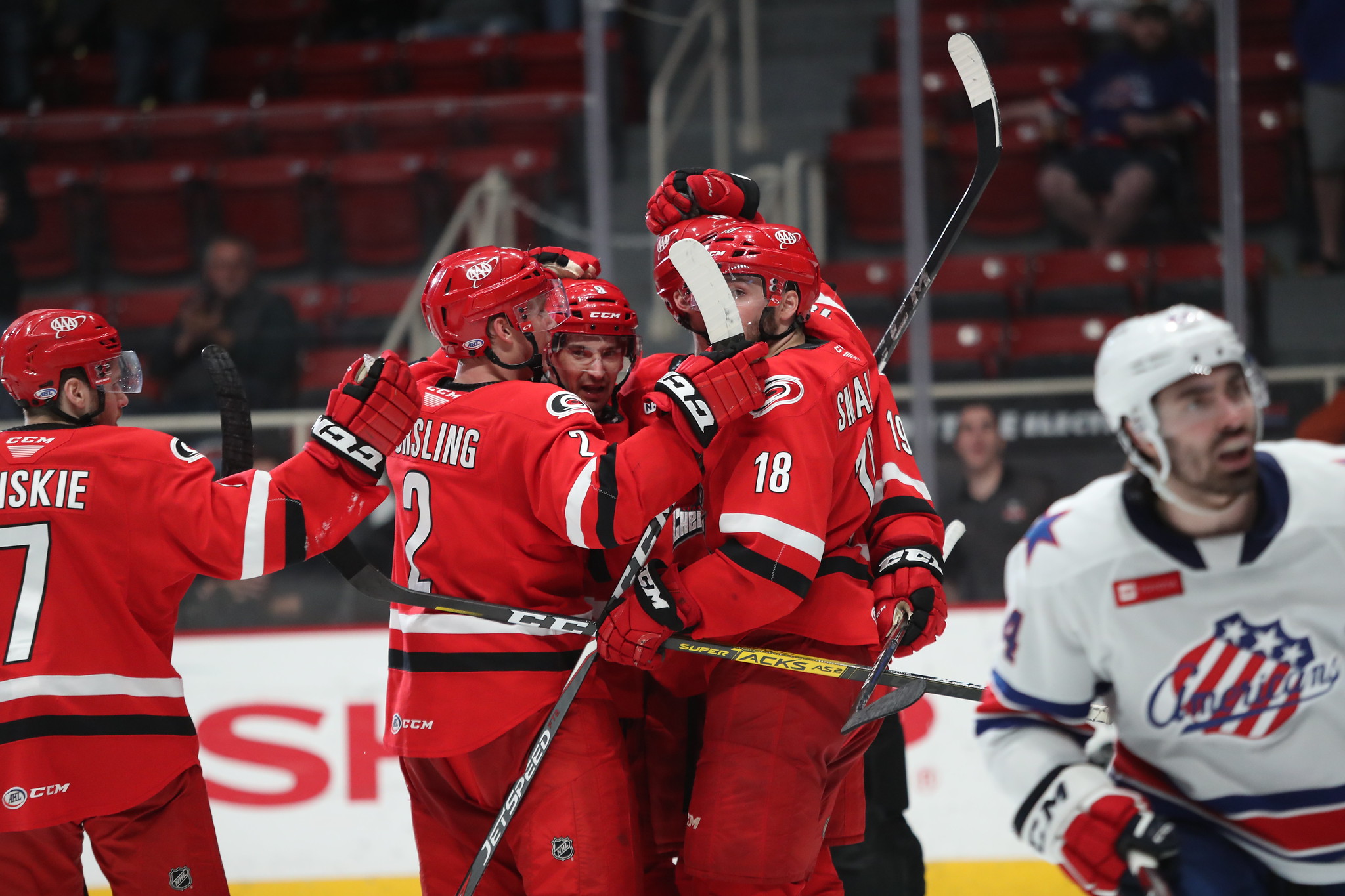 The game Tuesday night in Charlotte started off on the right path with Rasmus Asplund scoring just 41 seconds into game but they were only able to hold onto the lead for less than half a period. Charlotte was the better team throughout and won 4-2 to extend the Amerks losing streak to three games.

Rasmus Asplund opened the scoring with a one timer off of a pass from Remi Elie who was off balance and had his back turned. CJ Smith earned a secondary assist for leading the play up ice.

Roland McKeown tied the game for Charlotte with the help of a screen on Andrew Hammond in net. Charlotte did a great job cycling the puck to setup the screen and shot.

That’s when the game started to turn sloppy and turnovers were costly. Frederik Claesson helped create a turnover in the neutral zone and a backhand sent the puck back into the Amerks zone where Julien Gauthier slipped an easy one through the five hole of Hammond.

The only goal of the second period was scored by John Gilmour, his sixth of the season, at 11:39 with assists to Casey Mittelstadt and JS Dea. The play started when Dea and Taylor Leier were quick down low to force a turnover. Dea sent a pass from behind the net to Mittelstadt who fed Gilmour skating down into the slot.

The game winning goal was scored by Morgan Geekie who extended his point streak to 14 games (18 points 11G+7A). Spencer Smallman chased the puck around the back of the net and fed a pass to Geekie who scored an easy goal. Andrew Hammond was pulled around the side of the net as his stick was caught up on Smallman pulling him out of position. Brandon Hickey stepped into the crease in an attempt to play goalie but had no chance on Geekie.

Julien Gauthier finished the scoring with an empty net goal at 18:46 of the third period to seal the 4-2 win.

Rochester had four power play chances in the first half of the game but weren’t able to capitalize. One of the best scoring chances in the third period was a two on one when a pass from Andrew Oglevie to Brett Murray was a stride off and the shot by Murray went wide.Â Andrew Hammond made some big saves to keep the Amerks in the game but the inability to score caught up.

The game was a gift to Charlotte who is rising in the standings in the Atlantic Division. Same two teams Wednesday night.

Casey Nelson remained in Rochester on the trip due to illness.

Casey Fitzgerald is still injured. No timeframe has been given.

Highlights in gifs in Tweets..

Gilmour to MacWilliam to Asplund was the play before the turnover. pic.twitter.com/D10xtCYs0w