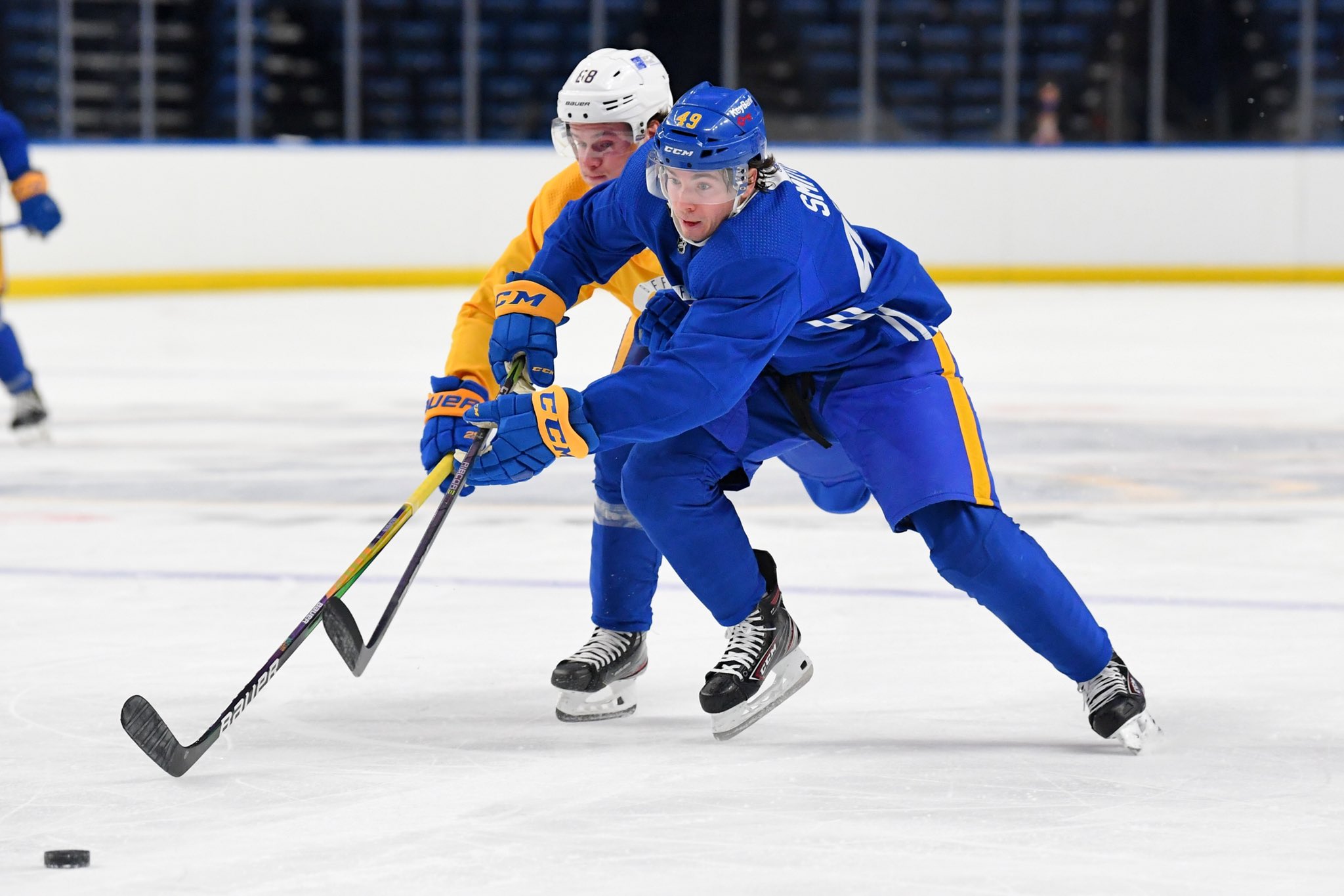 Where’s the rest of the roster? That remains to be seen but the organization will have to add more players by the time the season starts on February 5. There’s a lot of players remaining out there as free agents with three weeks to go before the American League season starts. The pieces will all come together.

Oskari Laaksonen and Matej Pekar are expected in Rochester but are not on the camp opening roster.

Current players as of January 14 on the taxi squad in Buffalo: Casey Mittelstadt, Rasmus Asplund, Will Borgen, Brandon Davidson, and Jonas Johansson.

It could be a revolving door of player movement between the tax squad and Amerks game play depending on schedules.

View the roster and see who is where: https://www.lga585.com/roster/