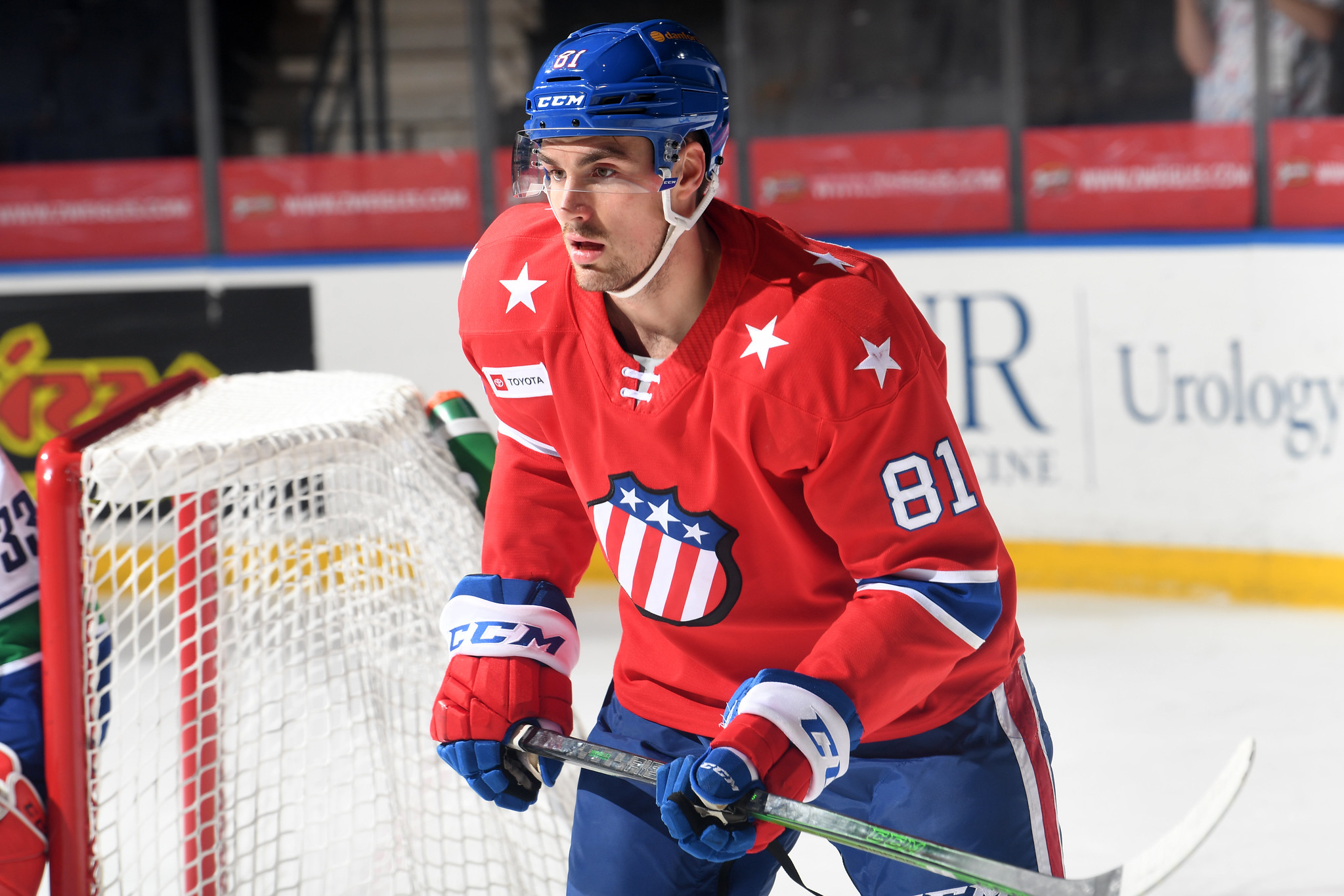 A new and full American Hockey League season is full speed ahead after two consecutive seasons without a Calder Cup being awarded. The last team to win a Calder Cup was the Charlotte Checkers in 2019. The Rochester Americans 2021/2022 regular season will start Sunday October 17, 2021 on the road in Utica with the home opener scheduled for Friday October 22, 2021 against Syracuse.

As of publishing this article on July 28, 2021 there’s a total of 23 players that are considered unrestricted free agents that were on either NHL or AHL contracts this past season. That may seem like a high number but last season was 22 players so it’s normal. Majority of those are players that were on AHL only contracts.

Compared to previous seasons, there’s a lot of work to be done in not only filling out the roster but leadership and experienced players to lead the younger core. As of writing this before the start of free agency the leadership on the team with more than one season completed in Rochester will be Andrew Oglevie, Brett Murray, and Casey Fitzgerald. Notable unrestricted free agents from previous seasons are CJ Smith, Dalton Smith, JS Dea, Remi Ellie, Michael Mersch and Steven Fogarty.

There’s only one center under contract penciled in for Rochester and that’s Andrew Oglevie. There’s also only three defensemen – Mattias Samuelsson, Oskari Laaksonen, and Casey Fitzgerald. One position the team is set with is at goaltending with Ukko-Pekka Luukkonen and Dustin Tokarski expected to share time between the pipes.

Compiling a list of top tier AHL free agents is way above the time I have available but will link here to lists put together by others once available. Top free agents who are fringe players between the NHL and AHL will look for the best chance they have at breaking into an NHL lineup. That could make Rochester a target with how young the Buffalo core is expected to be if the salary is right.

This article is about who is signed, who has departed, and where the departed have signed. Please comment, send an email, or a message on Twitter via @LGA585 if there’s any info that’s missed.

The rookie coaching staff of Seth Appert, Adam Mair, and Mike Weber helped guide the team to a 11-15-2-1 record playing against three teams – Syracuse, Utica, and Cleveland. Considering what should have been the core of the team spent most of the season on the taxi squad with Buffalo and the team played without Luukkonen and Tokarski for 12 of the 29 game season they did just fine. The team was competitive every night and as cliche as it sounds they played start to finish every night no matter what the score was.

Rochester had the leagues best power play going into the final week of the season lead by Brett Murray, Steven Fogarty, JS Dea, Michael Mersch, Arttu Ruotsalainen, and Oskari Laaksonen which is a notable accomplishment. The penalty kill was towards the basement but that’s to be expected with a younger core. With a full season ahead, not just 29 games, it’s an area that’ll need improvement.

Jason Karmanos was named associate general manager on April 14, 2021 and will get to work immediately in helping shape the roster.

This is a list of players that have been added and could play for the Rochester Americans during the 2021/2022 season that haven’t played in Rochester before as a professional player.

Had a sniff of Rochester last season but expected in Buffalo full time for 2021/2022:

Below is a list of everyone who played at least one game for the Rochester Americans in the 2020/2021 season, their current contract status, and team they’ve signed with for the 2021/2022 season. Order of names is just a copy and paste from HockeyDB based on games played. This does not contain any new players that are coming into the Sabres organization and expected to play in Rochester.