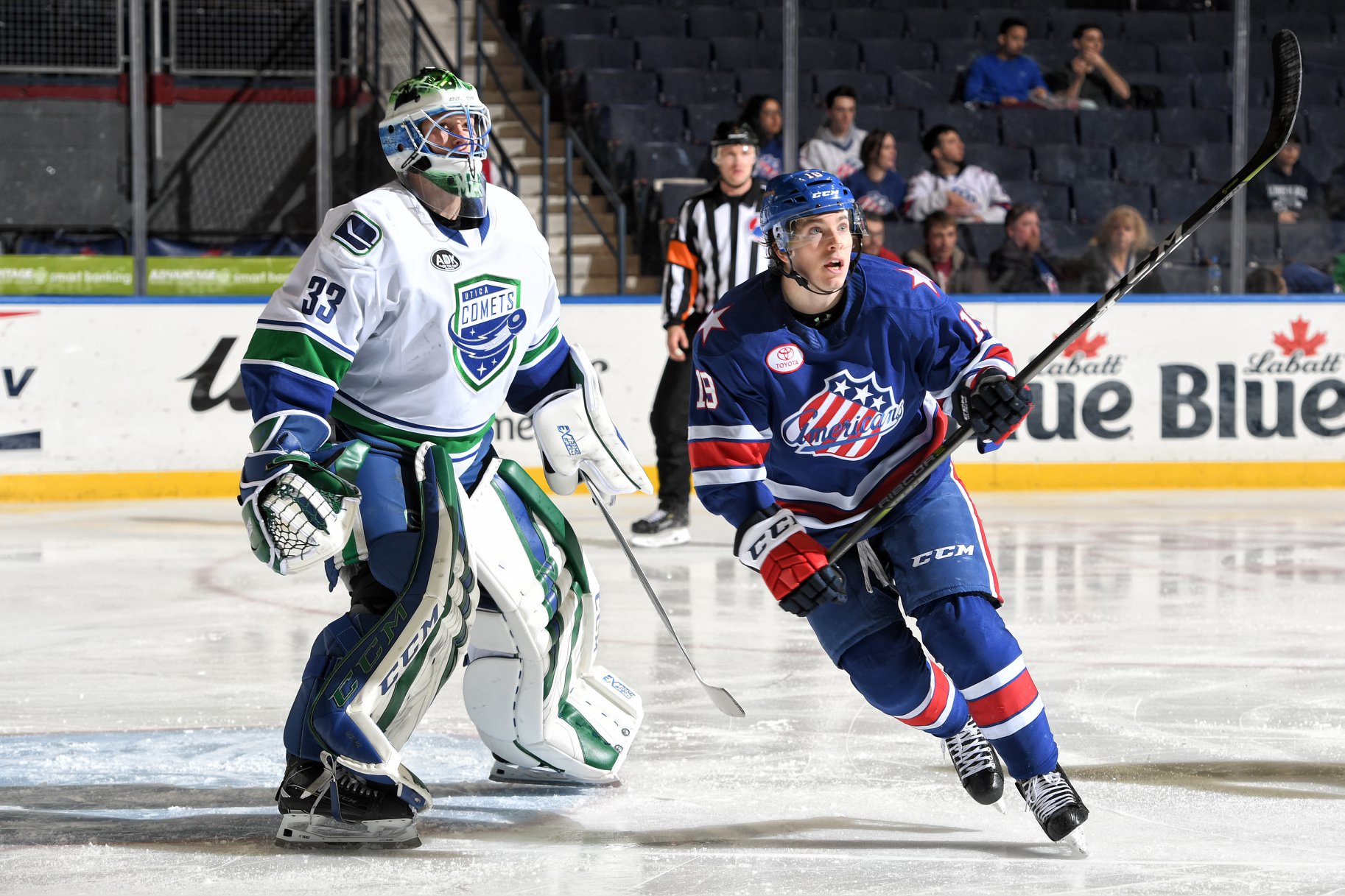 Welcome to the 13th part of a 15 part season series highlighting the last five games (the last segment will be six games) showing off the stats, standings, highlights, transactions and whatever else took place prior to the next five games. The goal is to post these the day of the next game of a five game set. A little different than a weekly format to give us a better snapshot of trends as the season goes.

After two five game stretches going 4-1 the team finished 2-3 and has really hurt in the standings. The end of the season is coming up fast and playoff positioning is a factor now. 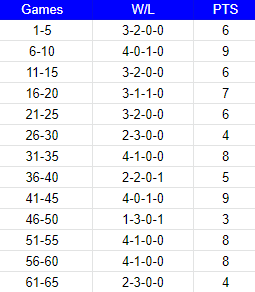 The only Rochester Americans focused podcast in the world! But it’s been a few weeks since we’ve been able to record an episode. There’ll be a new one Monday morning.

No surprise that that Zach Redmond remains the league leading defenseman in scoring.

The biggest part of the last five games was the two road games in Charlotte where the Amerks looked to prove some dominance. The games didn’t go that way but they weren’t generally bad games. Charlotte had won the first two games to start the season and Rochester was looking for a little pay back. They were outscored 7-2 in the two games which sounds worst than they were. Losses by multiple goals are still losses.

Zach Redmond went out with a lower body injury again after the Charlotte games.

The four points from only two wins is a low points in the season and that allowed Syracuse to move into first place overall.

The Amerks struggled to score goals which resulted in struggles to win.

It’s pretty simple, score more than the other team and win! Over the last 5 games scoring was even with 13 goals for and against. Prior to that the Amerks had outscored teams 19-11 and 19-13 in five game stretches. Scoring matters and it’s fallen off and that’s why the losses have added up.

At this point in the season shot counts only go so far but here they are for historical purposes. They’re shooting but nothing is going in.

Chris Taylor talked this week that it’s not about percentages anymore, it’s needing that big power play goal that can make a difference in a game or that big blocked shot or save on the penalty kill.

Heading into the 66th game of the season the Amerks have fallen behind to the Crunch and are at risk of 3rd place with back to back games versus Toronto.

Delayed penalty, Olofsson spotted CJ Smith hop on the ice, found an opening for the pass and CJ scored his 22nd of the season. Amerks up 1-0. The #GoalieSlayer strikes again! pic.twitter.com/RRDvOLQbgY